Arson suspected in fire at Israeli-run refugee school in Greece 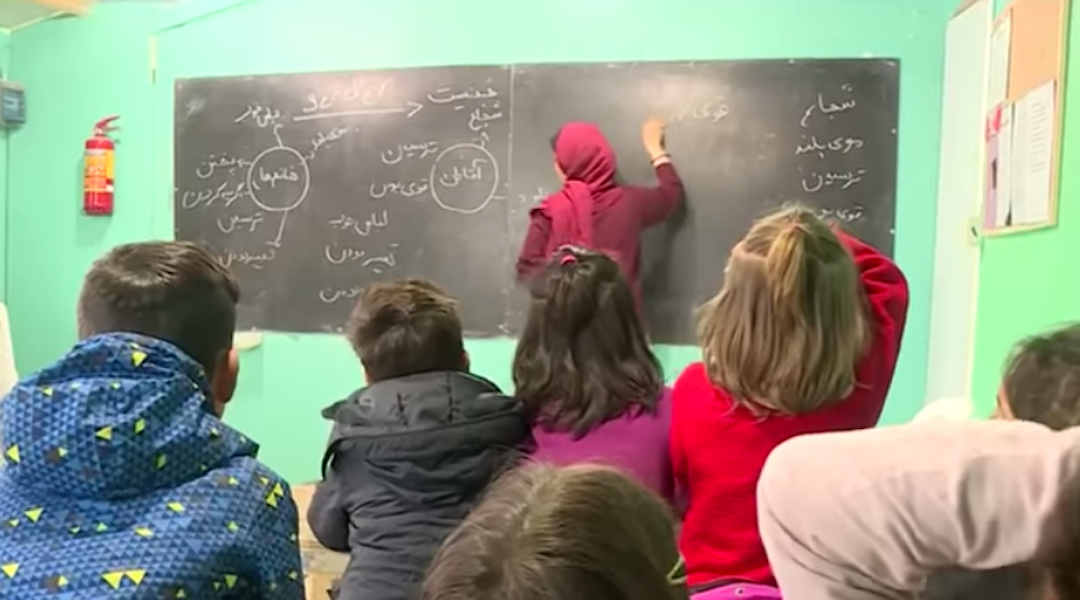 A scene inside a class at the International School of Peace for Refugee Children on the Greek island of Lesbos. (Screenshot from YouTube)
Advertisement

(JTA) — A school for refugees started by Jewish and Arab Israelis was burned down over the weekend in what administrators say is a suspected case of arson.

The International School of Peace for Refugee Children on the Greek island of Lesbos was destroyed in the fire on Saturday night. In a statement, the school said the blaze was a suspected case of arson, The Times of Israel reported.

“Even though we are heartbroken and shocked, we’re already looking ahead,” the school wrote Tuesday on Facebook. “We are moving forward, not going anywhere.”

Founded in 2017, the school is a collaboration between alumni of the Hashomer Hatazir and Ajyal youth movements. More than 3,000 refugees have come through its doors since it opened, according to the school’s website.

The blaze comes at a moment of rising tension on Lesbos, the first European point of entry for many refugees fleeing unrest. Clashes on Saturday between migrants and local police left two migrants dead, The Times of Israel reported.

“The school was burnt down last night but its strong foundation comes from the tens of thousands of people who passed through its gates, shaped its image, built it together for a better future,” the school wrote on Facebook. “The school belongs to all who decide to lift their heads up high, to cling to hope and act, the school belongs to us: students and teachers, people from Afghanistan, Iran, Syria, Israel, Iraq, Kurdistan, Congo, Somali, Ghana, and Angola who decide day by day to shatter the walls of fear between us, hold hands and work together for peace.”