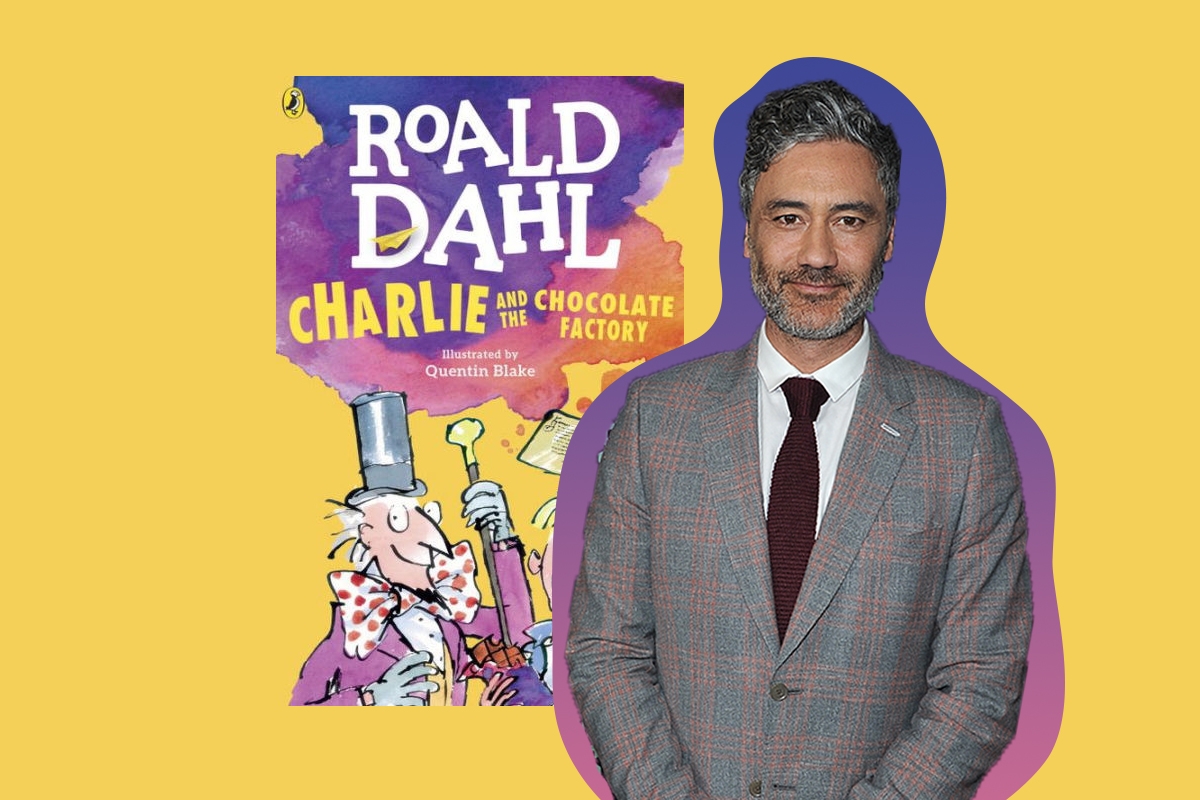 Taika Waititi will write, direct and executive produce two series based on the work of Roald Dahl for Netflix, starting with "Charlie and the Chocolate Factor." (Albert L. Ortega/Getty Images)
Advertisement

Netflix just announced that the Academy Award-winning Maori-Jewish filmmaker Taika Waititi will write, direct and executive produce two series based on the work of author Roald Dahl for the streaming platform. The first is based on “Charlie and the Chocolate Factory,” focusing specifically on the Oompa-Loompas.

No, what really makes this project exciting is that it would have totally pissed off Roald Dahl.

In case you weren’t aware, Roald Dahl was an anti-Semite. And not a subtle one. In a 1983 interview with the New Statesman, Dahl stated,  “There is a trait in the Jewish character that does provoke animosity, maybe it’s a kind of lack of generosity towards non-Jews. I mean, there’s always a reason why anti-anything crops up anywhere; even a stinker like Hitler didn’t just pick on them for no reason.”

Oh, and in case you thought this was a one-time oops, he did clarify again with the Independent, just before his death in 1990, that he really, really hated Jews. In the interview, Dahl describes himself as anti-Semitic and says, “There aren’t any non-Jewish publishers anywhere, they control the media – jolly clever thing to do – that’s why the president of the United States has to sell all this stuff to Israel.”

Just so we’re clear: He was proud of it. He never apologized. He went to his grave believing that Jews control the media and that Hitler “didn’t just pick on them for no reason.”

Dahl’s particularly yikes brand of bigotry goes beyond anti-Semitism. In the first edition of “Charlie and the Chocolate Factory,” the Oompa-Loompas were described as a tribe of “African Pygmies.” They are described as black, from “the very deepest and darkest part of the African jungle,” and were happy to be enslaved by Mr. Wonka because of their unlimited access to chocolate. Dahl received enough backlash upon publication that he changed the country of origin to “Loompaland” and made the Oompa-Loompas fair skinned, but that alone doesn’t change the fundamentally demeaning, dehumanizing and colonial tone that Dahl takes with regard to these characters.

All this, unfortunately, has not disqualified him from being a beloved cultural icon. Dahl has remained a fixture in the children’s literary canon. His birthday is treated as a quasi-national holiday. His books still sell, the world keeps spinning. Dahl’s grip on the hearts of generations of readers is frankly so wide and so deeply entrenched that the chances of him fading into obscurity remains remote.

Realizing that you can go on record calling yourself an anti-Semite like it’s some badge of honor, and have that mean nothing in the grand scheme of things, is painful.

Worse though, for me, is that deep down I know I still love those books. I was that kid who read at recess. “Matilda” resonated with me on a deep, spiritual level. I can still remember vividly the first time I read “The BFG,” how engrossed I had been. I can’t just pretend that the books never mattered to me. Nor can I claim that I don’t care about the kind of person Dahl was.

Pretending his books just sprung into being of their own accord doesn’t work. His name is still on the cover and the title credits every time his work is adapted. Try as we might to claim that a work can exist independently of its creator, that is simply not the case.

Waititi’s previous work was driven in no small part by a desire to put indigenous people at the forefront of their own stories, as evident in “Boy and Hunt for the Wilderpeople.” These themes and narrative perspective even found their way into “Thor: Ragnarok,” both in the film itself and in the production. At the last Academy Awards ceremony, he gave a land acknowledgment, a first for the ceremony, and in his acceptance speech for best adapted screenplay encouraged the storytelling efforts of young indigenous creatives.

Waititi has proven, time and again, that he is both a master of the kind of storytelling Dahl had always been lauded for while being just the sort of person Dahl would have demeaned or despised.

He can beat Dahl at his own game.

Seeing the Netflix announcement, I immediately recalled Waititi’s tweet on June 16, 2018, while filming “Jojo Rabbit”: “What better way to insult Hitler than having him played by a Polynesian Jew?” What was clear in Waititi’s approach to “Jojo Rabbit” was that there is tremendous storytelling power in being the sort of person your subject would have loathed. “Jojo Rabbit” worked so well in no small part because of who Waititi is and how that informed his clear vision on how best to tell the story.

So what better way to insult Roald Dahl? Dahl was always tetchy about film adaptations. He notoriously disliked the 1971 “Willy Wonka and the Chocolate Factory” (starring Gene Wilder, who yes, was Jewish!). What would he have had to say about Waititi? What would he have had to say about a reimagining of the Oompa-Loompas? Perhaps this is the solution for the kinds of bigot too entrenched in the cultural narrative to condemn to obscurity. Perhaps this is the way to honor a beloved story while dishonoring dishonorable creators and righting a text’s worst failures.

I cannot wait to see what Waititi does with Dahl’s most beloved classic and characters. May all bigots find their legacy at the mercy of the people they despised.