No visitors, no group dinners: How Jewish nursing homes are trying to keep seniors safe from the coronavirus 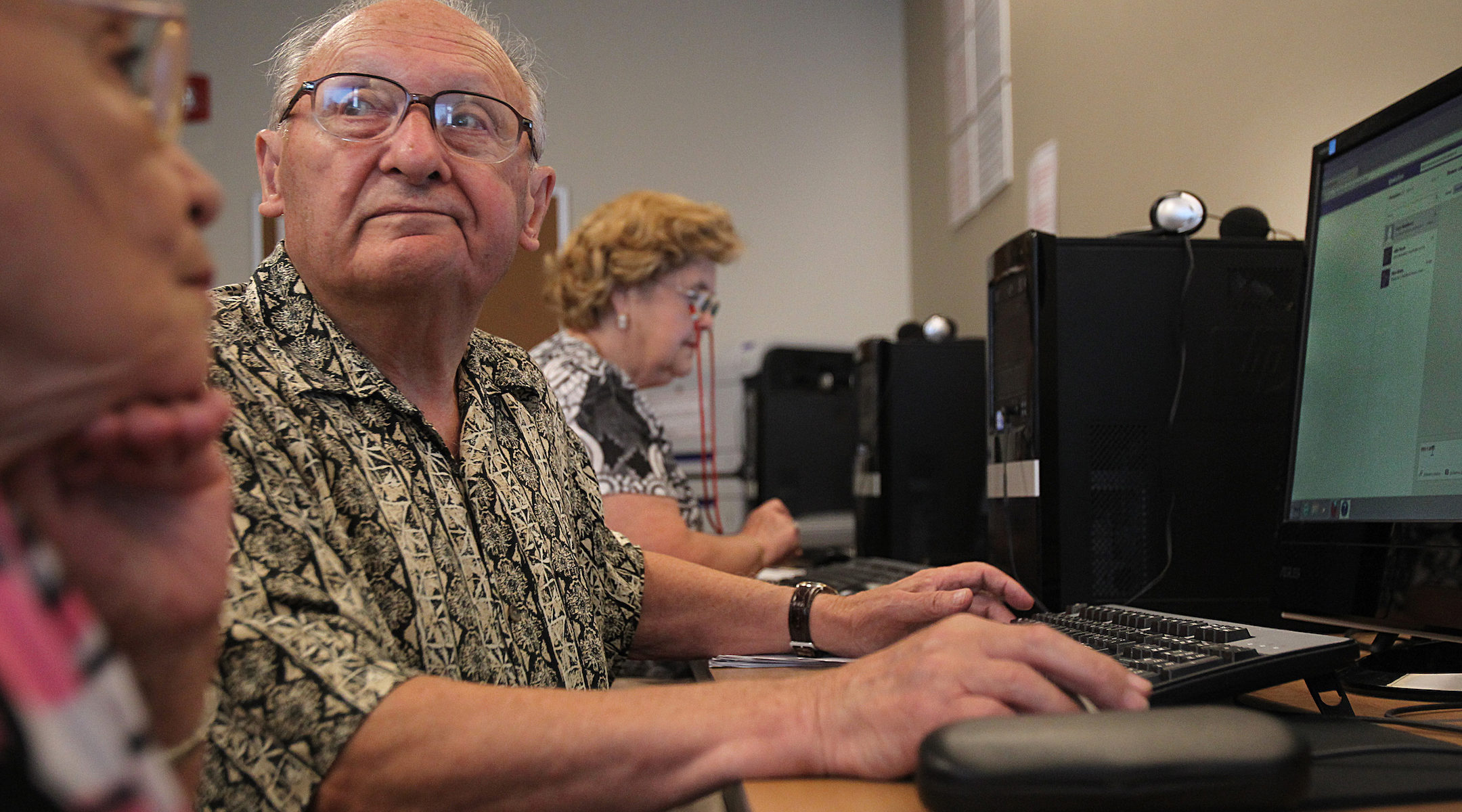 NEW YORK (JTA) — Benita and Michael Ross are glad to live a half-hour’s drive from their granddaughter’s college, Brandeis University. So when the Boston-area school announced Thursday that it would close due to the novel coronavirus, Benita would have invited her granddaughter to stay with them.

Except she can’t do that because all visitors are barred from the retirement community where the Rosses live. It’s a painful feeling, but the Rosses know that it’s the right thing to do, given how vulnerable senior citizens are to COVID-19.

“We can’t bring her in, I can’t give her the bear hug I want to give her,” Benita Ross said. “That’s where it hits me personally. It’s not a resentment people have but it’s an understanding, in the reality of the moment, that this is what we need to do. There’s a sense of camaraderie about it.”

As the coronavirus spreads throughout the United States and the world, shutting down everything from grade schools to professional sports leagues, the most vulnerable people are senior citizens. Data emerging from the thousands of COVID-19 deaths around the world show that the fatality risk increases with age.

So in response, retirement homes and assisted-living facilities are taking drastic steps to prevent the spread of the virus. Homes across the country are barring all visitors, closing their dining halls and asking residents to gather only in small numbers. Outside activities at a number of homes have been postponed. They’re cleaning their facilities more often, and keeping tabs on the health of staff.

“We know the population we care for is at greater risk than the broader general population,” said Kim Brooks, COO of Senior Living for Hebrew SeniorLife, a network of senior living facilities in the Boston area, including the Rosses’. “For the things that we can control, it is up to us to take as proactive a measure as we can to try to keep it out of our communities.”

The restrictions can be tough on seniors and their families.

Bonnie Yasaboof, whose mother lives in the Hebrew Home in the New York City neighborhood of Riverdale, is trying to figure out the best way to see her mother while also helping care for her grandchildren, whose parents are working from home. She said the restrictions on visitors are wearing on her mother, who was recently in the hospital.

“She’s very depressed,” Yasaboof said. “She keeps saying, ‘How are you going to come and visit me?’ because she waits for me to visit. And honestly I don’t know what I’m going to do.”

Similar precautions are being implemented in coronavirus hot spots like Seattle and New Rochelle, New York, as well as places where the virus, as of now, is less prevalent.

Joan Denison, CEO of Covenant Place in St. Louis, an independent and assisted-living facility that also has a community center for seniors, has implemented many of these measures to get ahead of the disease. To protect residents, Covenant Place has closed the community center, which had 2,000 distinct visitors in the past six months.

“Because St. Louis wasn’t one of the early affected areas, there was a little bit of [residents saying] ‘Why are we worried about this?’” Denison said. “So our position was, we want to work with you and keep you healthy. As each day goes by and there’s more in the news, I think there’s a greater understanding of why we were coming forward with the information and the recommendations, and why we’ve closed the programming and the classes.”

The homes do recognize that the protective measures also could be detrimental for their residents — particularly measures barring visitors. Denison said “seniors don’t do so well when they’re isolated,” and Covenant is making an extra effort to arrange phone calls for residents.

Hebrew SeniorLife is taking similar steps, and is hoping to record lectures and programming for its residents. The Rosses plan to have one or two neighbors over to their home at a time, but no more.

“This is really implementing a very major change in how we are,” Michael Ross said. “Our clubs, large groups, evening entertainment, all of that is at least temporarily going to be going away. Not that we won’t remain friends, but it becomes much harder to live up to that. And we’re just moving into that phase now. And we’re doing it really all of a sudden.”

Some seniors are sanguine in the face of the sudden restrictions. Rita Shtull lives in the Summit, a Jewish retirement community in Seattle, in a state that has seen more than 30 people die from COVID-19, the disease caused by the new coronavirus. Her family is worried.

“I’m feeling quite fine about it all because my needs are being met,” she said. “Otherwise I’m feeling well. I’m not aware of any cases in this building, so I have all my meals right in this room. So I feel quite fine.”

And some senior programming is going on as normal, at least for now. The Association of Jewish Aging Services still plans to hold its annual conference at the end of April.

“The health and safety of all members and guests is our highest priority, and we look forward to seeing you all there soon!” the association said in a statement.

Atria, a senior home in the New York City suburb of Great Neck, Long Island, held Friday night services for residents last week, though this week’s are canceled. The volunteer leaders of the March 6 service, Belle and Elliott Gayer, disinfected the microphone with a wipe and distributed challah wearing latex gloves.

Before they entered the facility, staff asked the Gayers if they had been ill, traveled overseas or been in contact with anyone who was sick.

“Everybody feels protected,” Belle Gayer said. “They’re very calm and collected about it. They live day to day, and they’re very happy.”

That’s also Shtull’s attitude. She said she’s enjoying a novel, “The Last Watchman of Old Cairo,” and actually preferred some of the to-go options to the regular menu at the dining hall. She has plenty of relatives she can call on the phone.

The one thing she did miss this week was the holiday of Purim. The Summit typically decorates the halls and holds religious programs for residents. This year, because of the precautions, she could listen to the megillah reading only via livestream.

“Usually, in this building, for any holiday the building is buzzing with color and joy and music and crafts and activities,” she said Monday, the eve of the holiday. “And now everything is dead. Nothing, nothing at all. Not a sign that it is Purim.”