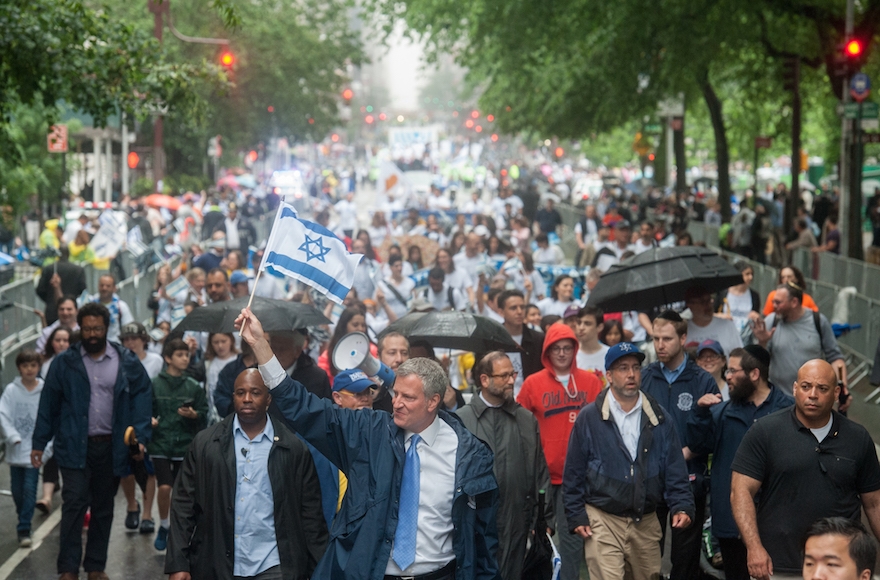 (JTA) — Among the many signs of summer that the coronavirus pandemic is silencing: the annual parade that draws tens of thousands of supporters of Israel to New York City’s Fifth Avenue.

The Jewish Community Relations Council of New York, which organizes the Celebrate Israel parade, confirmed Monday that this year’s parade, scheduled for June 7, will not take place. Organizers are working on a virtual event to take place that day, according to Michael Miller, the council’s executive vice president and CEO.

“We’re saddened by the necessity of canceling this parade,” Miller said. “Its absence on Fifth Avenue will be notable, but its absence in the hearts of New Yorkers, Jewish and non-Jewish, who support Israel is incalculable.”

The Celebrate Israel parade was first held in 1965 on Riverside Drive on the Upper West Side. In recent years, the parade has marched up Fifth Avenue. Approximately 40,000 people march in the parade each year, according to the organizers, including thousands of Jewish day school students.

The decision to cancel had seemed inevitable as the pandemic brought New York City to a halt, but on Monday morning, Mayor Bill de Blasio announced that all non-essential events scheduled for June, including concerts, rallies and parades, would be nixed.

“They will be back,” said de Blasio, who mentioned the Celebrate Israel parade along with the Pride Parade and Puerto Rican Day Parade as hallmarks of New York City culture that had to be suspended to protect public health. “That joy and that pride that all of these events bring will be back.”