More than half of American Jews have seen or experienced anti-Semitism in recent years, ADL finds 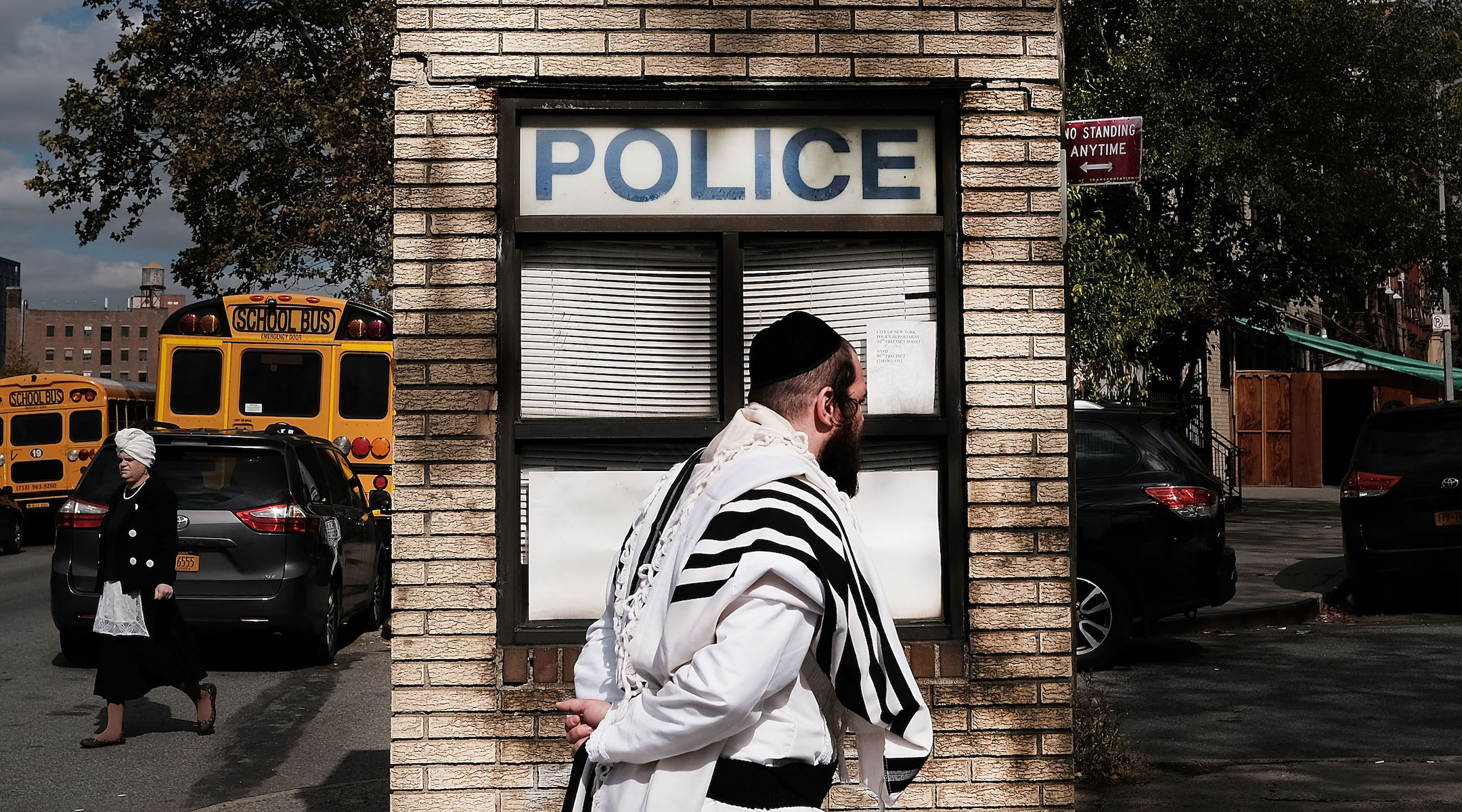 Anti-Semitic incidents in Orthodox areas of New York rose in the months before the Anti-Defamation League conducted its survey. (Spencer Platt/Getty Images)
Advertisement

NEW YORK (JTA) — More than half of American Jews have either witnessed or directly experienced anti-Semitism during the past five years, according to an Anti-Defamation League survey published Tuesday.

The ADL also found that 63% of American Jews say they are less safe than they were a decade ago.

The survey was conducted in January, just before the new coronavirus pandemic led to a shutdown of much of American public life, and after a fatal shooting at a Jersey City kosher supermarket and a fatal stabbing at a Hanukkah party, both in December, as well as a spate of attacks in Orthodox neighborhoods in Brooklyn.

Jonathan Greenblatt, the ADL’s CEO, acknowledged that the survey does not reflect the current national reality. The group has been tracking anti-Semitism during the COVID-19 era as well.

“American Jews are deeply concerned for their personal safety and their families’ and communities’ security in a way that they haven’t been in more than a decade,” Greenblatt said in a statement. “We recognize the reality on the ground has changed dramatically for Jewish communities, as it has for all communities, in recent months; this survey offers a snapshot of a window in time prior to the coronavirus outbreak that has so altered our daily lives.”

The survey, conducted in partnership with the polling firm YouGov, included 538 Jewish-American adults and has a margin of error of 4.4%.

The results are similar to a survey published in 2019 by the American Jewish Committee. That study also found that approximately 20 percent of Jews had experienced verbal anti-Semitism and the percentage that experienced physical assaults was in the low single digits. The AJC survey found that one-third of Jews are affiliated with institutions that have been targeted by anti-Semitism.

This is the first time that the ADL has conducted this specific study, though it regularly tracks anti-Semitic incidents and attitudes, meaning that the responses offer no perfect historical comparison.

About one in four ADL survey respondents said they have done (or refrained from) at least one thing to avoid anti-Semitism. The most common one, followed by 12% of respondents, is to avoid wearing public markers of Judaism, like a Star of David, or not using one’s Jewish surname.

The survey found that half of the respondents were worried that those who wear Jewish religious symbols will be attacked in public and a like number feared a violent attack on a synagogue. The survey was conducted in the wake of a fatal shooting at a Jersey City kosher supermarket and a fatal stabbing at a Hanukkah party, both in December, as well as a spate of attacks in Orthodox neighborhoods in Brooklyn. In April, a gunman killed one person at a shooting in a synagogue in Poway, California.