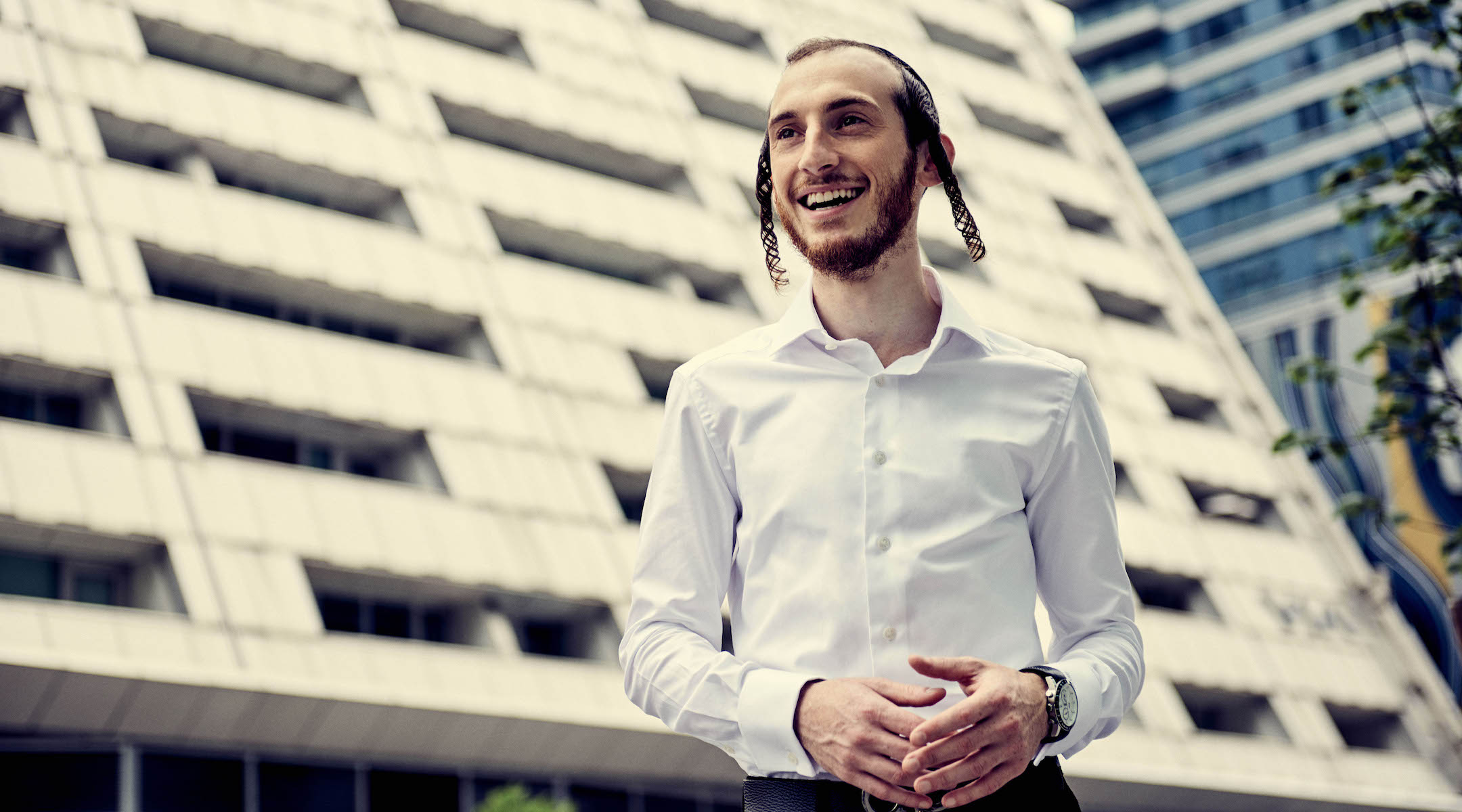 Shulem Lemmer is a pop star in his community -- and still a cantor, too. (Meredith Truax)
Advertisement

He went on a major stadium and arena tour, playing to packed houses at Fenway Park in Boston, Citi Field in New York and Vivint Smart Home Arena in Salt Lake City. For Shulem — he goes by one name like those other famous Jewish singing sensations Matisyahu and Drake — these were significant achievements, even if the fans were there to see the Red Sox, the Mets and the Utah Jazz, not him.

Shulem’s travels were a function of a genuinely unique feat: He became the first person raised Hasidic to sign with a major label, Decca Gold, which is part of the Universal Music Group. (The once-bearded and payes-wearing Matisyahu was brought up as a Reconstructionist Jew, later turned to Orthodoxy and has now mostly left the fold.)

Decca Gold released Shulem’s first album, “The Perfect Dream,” late last year. It’s a collection of traditional Jewish and secular songs, from “Jerusalem of Gold” to Rodgers and Hammerstein’s “You’ll Never Walk Alone” to the Whitney Houston and Mariah Carey hit “When You Believe” (from the “Prince of Egypt” soundtrack).

Shulem sings in a rich, passion-filled tenor that carries obvious traces of his roots in the haredi Orthodox Belz community and his work as a cantor, a position he still fills during the High Holidays at Ahavath Torah, a Modern Orthodox synagogue in Englewood, New Jersey. He also makes numerous guest cantor stints throughout the year at various synagogues.

Shulem was raised in Brooklyn, the youngest of eight children in a house where he was always surrounded by music, but not by singers — neither of his parents carried a tune well. Yet both Shulem and his brother, Yanky — a highly regarded cantor at the Orthodox Lincoln Square Synagogue in Manhattan — somehow inherited the singing gene.

“My father jokes that all the talent comes from him and that he gave it all away and kept none of it for himself,” Shulem says.

Shulem built a level of local renown for both his cantorial skills and performances before Jewish groups. But a YouTube video is how he came to the attention of Graham Parker, president of Decca Records US.

What follows are condensed excerpts from separate interviews with Parker and Shulem covering an array of subjects ranging from the meaning of success to anti-Semitism.

JTA: How did you start singing?

Shulem: I always enjoyed the music playing in my house. My father listened to a lot of cantorial music. My late sister, she passed away when she was only 23, encouraged me to sing and learn songs. At my brother’s wedding, she pushed me on stage. And at that moment I was in a happy place. I was a shy kid and that was kind of an awakening.

My brother, Yanky, and I had the same birthday and we convinced my father to buy us a drum set we shared and later a guitar I taught myself to play. When I went on to study in Israel, I quickly made connections [in the music business] there and sang some backup vocals on recordings. When I came back I joined the [haredi] Shira Choir [in Brooklyn]. I did some solos for them and soon requests came in for me to do more. I released an album in 2015 [titled “Shulem”] and started to build a fan base not only in the secular Jewish world but with a lot of Christians, as well.

How did you become aware of Shulem and what was your immediate reaction?

Parker: I found Shulem on YouTube, specifically the “Chad Gadya” video that he did a few years back. I was immediately aware that Shulem was Orthodox and Hasidic, but I didn’t know which sect of Hasidim he belonged to. It was the combination of his spectacular voice, his personality and being a man of deep faith that made him a compelling person to meet. 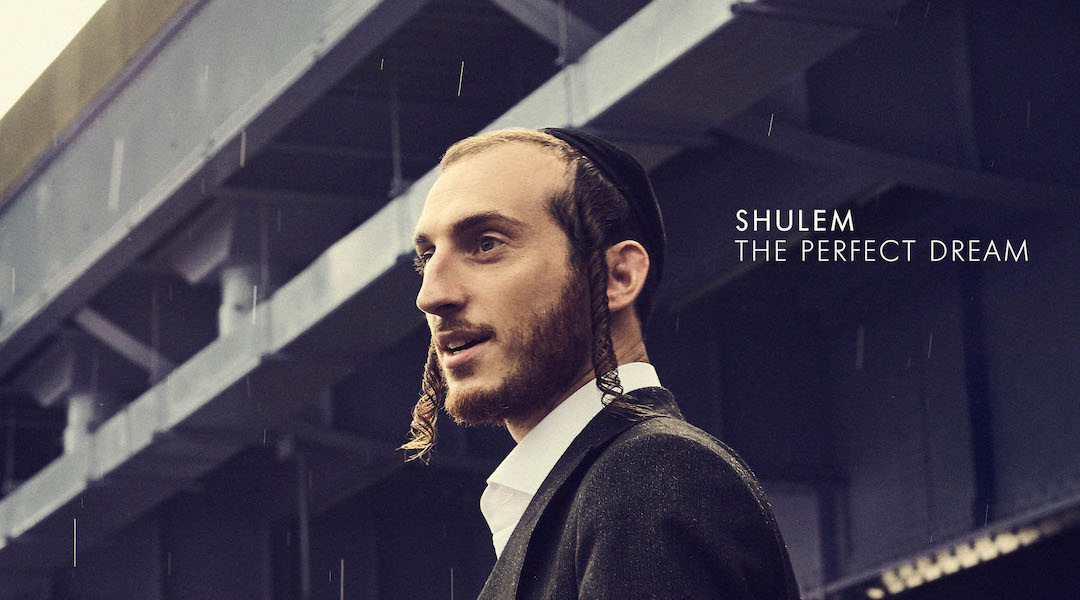 Shulem’s first album, “The Perfect Dream,” features traditional Jewish and secular songs, including the Whitney Houston and Mariah Carey hit “When You Believe” from the “Prince of Egypt” soundtrack. (Decca Gold)

You’re Jewish. How did that impact your thought process?

Parker: Yes, I am Jewish and my Judaism is very important to me. Professionally, being Jewish didn’t sway me in making the decision about Shulem, although it certainly helped that I knew a fair amount about being observant, traditions, dos and don’ts. I grew up Jewish, married a Jewish man who grew up very observant and we raise our two children Jewish, too. We keep a strictly kosher home and observe Shabbat and the holidays in a way that makes sense for us as individuals and as a family.

How would you define success for this project?

Parker: Signing Shulem was a fairly bold move. My goal is to see if Shulem, through his voice, his music and his message of faith, can reach beyond the Jewish community and appeal far more broadly to audiences of all faiths and traditions.

Shulem, what is your definition of success for yourself?

Shulem: First of all, success means being able to provide for my family. [Until recently, Shulem worked part-time as director of marketing for a tech startup.] But also success means being able to reach out and inspire as many people as possible. Music is a universal language, a way to start a dialogue, sending a message of unity, of positivity and hope. I want to spread a message of love between human beings through music.

Of course — but what about personal music industry aspirations?

Shulem: I never dream about becoming a celebrity. I’m not looking to become one specific thing. One opportunity leads to another, and I’m happy with everything that comes along.

Does being Hasidic limit those opportunities?

Shulem: There will be limitations and challenges. Of course, I’m not going to perform on Shabbos, but there also will be issues that aren’t necessarily that black and white. I would ask my rabbi, based on the situation. I have it in my contract that I can say no to anything that isn’t OK with me religiously. I won’t perform a duet with a woman, for example. They wanted me to do that for the theme song for the movie “Quezon’s Game” [about Philippines President Manuel Quezon’s plan to shelter German and Austrian Jews during World War II, not yet opened in the U.S.]. I said no and so they let me do a solo version.

Do you ever get tired of being gawked at in public? Is it worse now as a public figure?

Shulem: It’s always something that happened, even when I was a little kid. But it depends where I am. If I’m in the tristate area, people are already familiar with Hasids. Elsewhere I get stares and people ask me how I get my curls that way.

Worse than that are the online people who hide behind a screen. I started getting a lot of anti-Semitic hate messages. At first I thought it was just words, but then came Jersey City and Monsey. It became a reality and it’s scary. I know it’s just a small number of people, but it doesn’t take many. We do have security. And I know a lot of people, friends and colleagues, are getting armed. That’s the vibe going around.

How do you get the curls that way?

Shulem: Mousse, and I just twirl them around my fingers.