When the Hebrew Free Burial Association put out a call for prayer shawls to use for burials, donations poured in 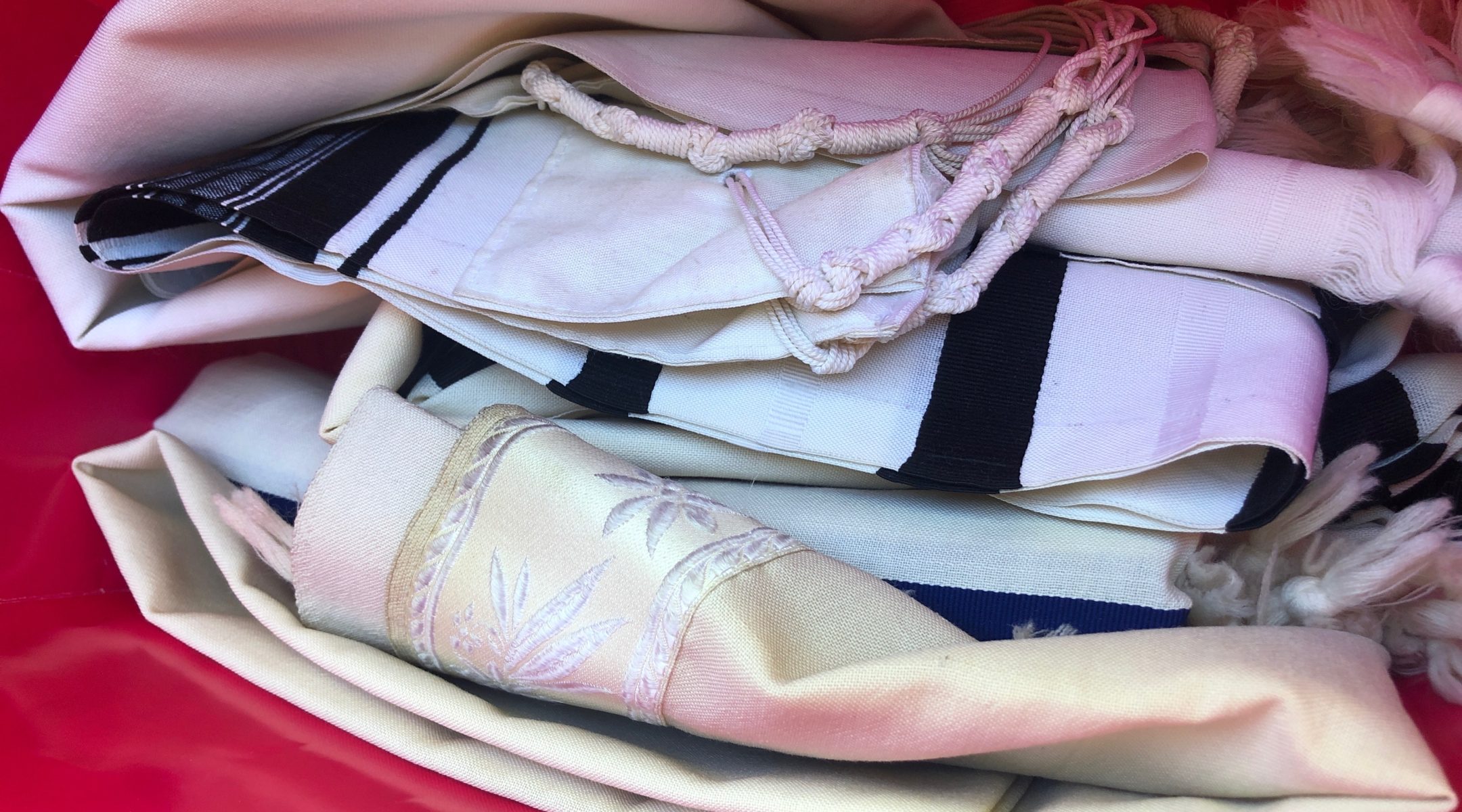 Hundreds of prayer shawls have been donated to the Hebrew Free Burial Association since Sunday. (Courtesy of Andrew Parver)
Advertisement

That’s when Parver, the director of operations at the Hebrew Free Burial Association in New York City, put out a call for donations of prayer shawls, required to wrap bodies for traditional Jewish burials. Less than 48 hours later, he had collected 150 himself and pledges of hundreds more to come from as far away as South Florida and Pittsburgh.

“My phone yesterday was nonstop – phone calls, emails, WhatsApps,” Parver told the Jewish Telegraphic Agency on Tuesday. “I know rabbis have been sending this out to their congregations and I don’t even know the rabbis.”

The Hebrew Free Burial Association performs free Jewish burials for any Jew who dies without the funds for funeral expenses. Usually it has enough prayer shawls on hand to last for months.

But the coronavirus pandemic in New York City has caused an unprecedented spike in demand for its services. Since April 1, the association has performed 134 burials – more than four times the number it did in the same period last year. The group quickly ran out of shawls.

“We basically exhausted our supplies and our reserves,” Parver said. “We’ve never had anything like this.”

So on Sunday, Parver send out the word on an email list for the Jewish community in Teaneck, New Jersey. The next morning he posted an appeal on Facebook.

“Do you have any old Talleisim, regardless of condition, that you can donate to Hebrew Free Burial Association?” he wrote on the association’s Facebook page, using the Hebrew word for prayer shawls.

The donations started pouring in immediately.

By Sunday night, Parver had picked up about 100 shawls from homes in his area and found another 50 left on the doorstep of his home. Another 10 people volunteered their homes in New York, New Jersey and Baltimore as drop-off points for donations, thus far collecting at least 200 prayer shawls.

These prayer shawls were left on Andrew Parver’s doorstep in answer to his request for donations. (Courtesy of Parver)

With over 350 shawls collected already, Parver isn’t quite sure how many more to expect. But with calls from across the country continuing to come in, he’s sure there are more on the way. He’s also sure the need will continue to grow.

Traditional Jewish burial customs dictate that men are dressed in white shrouds and wrapped in a shawl before they are interred in a Jewish cemetery. The association does not dress women in prayer shawls, in line with Orthodox custom.

“For thousands of years, Jews have been buried the same way – plain shrouds, plain pine box,” Parver said, adding that it’s a way of “connecting to our ancestors.”

The association typically receives donations of shawls at a steady pace year round. They come from synagogues that close down or people who buy new ones after an older shawl wears out. Sometimes they come from people who find old shawls that belonged to parents or grandparents.

“Each tallis tells a story,” Parver said. “Somebody wore that tallis in shul, somebody shed tears while wearing that tallis, praying for something that was important at that stage of life.”

Some of the calls he’s received have hinted at the emotional connection people feel to their shawls. One rabbi told Parver that he had held on to an old shawl for years because of its sentimental value, but was prepared to let it go after hearing about the need.

Parver sees the outpouring of donations as another way people are helping where they can at a time when leaving the house is a dangerous proposition.

“This is just a very tangible method for people to connect and give back more good into the world when we need it,” he said.