As the sexual assault claim against Joe Biden builds, some Jewish women wonder whether he deserves their support 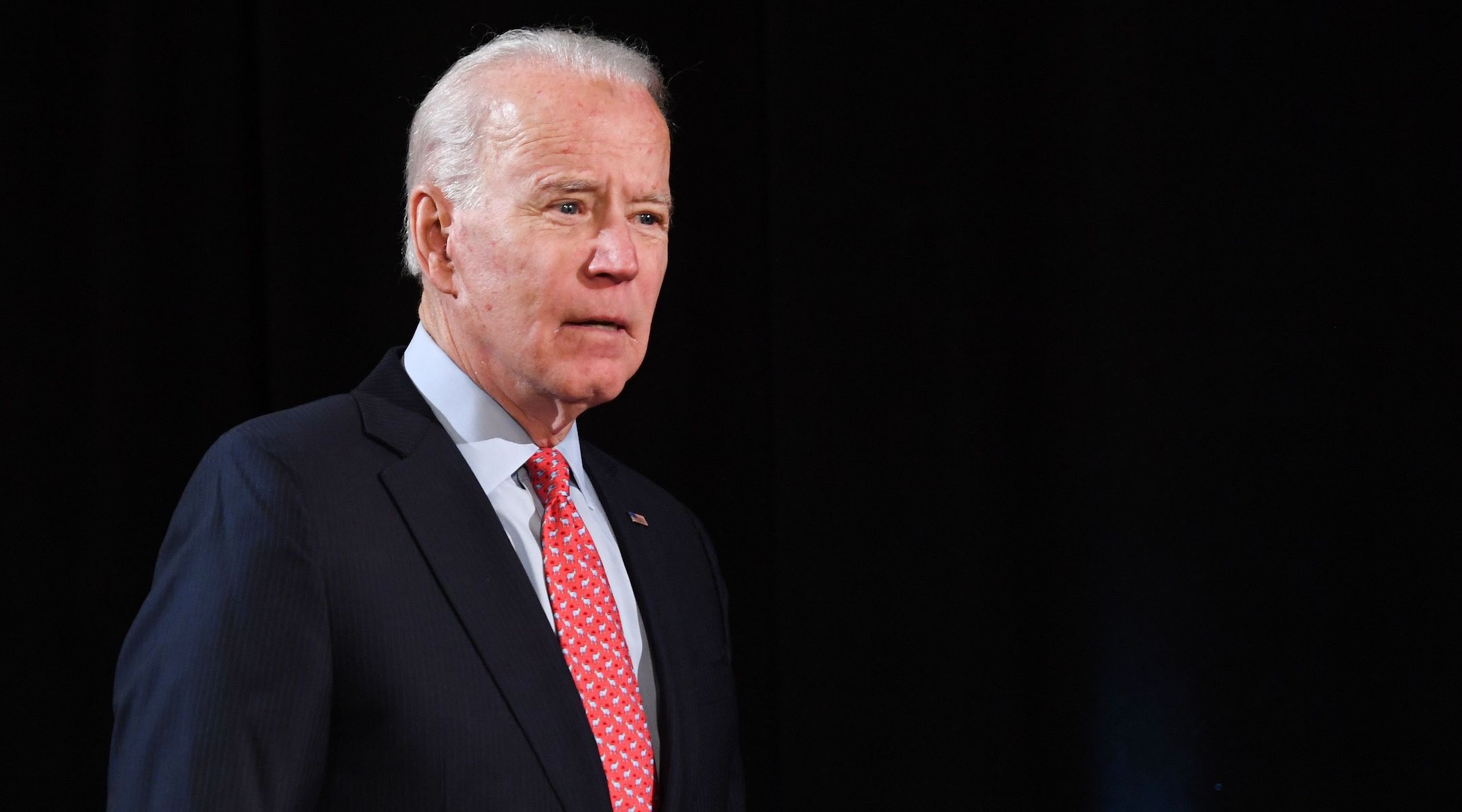 WASHINGTON (JTA) — Monday was supposed to have been a good news day for Joe Biden: The venerable New York congresswoman Nita Lowey convened hundreds of women on a phone call to launch a new group, Jewish Women for Joe.

The timing, though, was not auspicious. The same day, Business Insider published the first on-the-record corroboration of a sexual assault claim leveled in March by Tara Reade, an aide to Biden in 1992-93.

That landed like a bombshell for the feminists and others who hope to oust President Donald Trump in November.

“This is the most persuasive corroborating evidence that has come out so far,” Michelle Goldberg, a liberal opinion columnist for The New York Times, said on Twitter. “What a nightmare.”

Two weeks ago, Goldberg concluded a column about Reade by saying that she had “doubt about Biden and doubt about the charges against him.”

Jewish feminists, including those who for years have been active in exposing sexual impropriety in the Jewish organizational context, were bowled over by the revelation, too. In one private Facebook chat launched to discuss a forthcoming book on Jewish thinking that includes writings by confessed predators, the Biden allegations superseded everything on Monday.

Avigayil Halpern, a rabbinical student in New York, posed the question on Twitter: “I’m hoping that the newly launched @JewishWomen4Joe will react swiftly to these increasingly compelling allegations of sexual assault.”

Julie Schonfeld, the Conservative rabbi who was one of the founders of the grassroots Jewish Women for Joe, said she was waiting out the latest Biden allegations to see if they had legs.

“We definitely feel that women must be taken seriously and listened to,” Schonfeld, formerly CEO of her movement’s Rabbinical Assembly umbrella group, said in an interview. But she added that allegations “have to be investigated,” and “at the moment the means of investigation happens to be through the media.”

“We are following the credible media investigation and the analyses of people who are investigative journalists. [Reade’s] story as we currently understand it has a lot of problems,” she said.

Schonfeld mentioned a column by Ruth Marcus, a Jewish Washington Post opinion writer who wrote a book about the sexual assault allegations in 2018 against then-Supreme Court nominee Brett Kavanaugh.

“My gut says that what Reade alleges did not happen,” Marcus wrote two weeks ago. “My head instructs that it is within the realm of possibility, and fairness requires acknowledging that.”

Marcus listed inconsistencies in Reade’s story as she has told it over the years and, at the time her article was published, the lack of corroborating evidence. On Wednesday evening, Marcus considered the new evidence and said Biden “needs to answer the legitimate questions about the allegations.”

In the Business Insider story posted Monday, Lynda LaCasse, a neighbor of Reade’s in the mid-1990s, recalled her describing the assault at the time with the same details Reade first described in March. Prior to LaCasse speaking out, other associates of Reade had less specific recollections of Reade describing an incident or spoke anonymously.

Biden’s campaign continues to categorically deny Reade’s claim, adding that “women have a right to be heard — and heard respectfully,” but also that the allegations “should also be diligently reviewed by an independent press.”

Halpern, 23, said in an interview that she would vote for Biden to oust Trump “if that’s what it takes,” but she wanted a more honest accounting from Biden and his supporters.

“The problem for the Biden campaign is not that women are uplifting these increasingly well-sourced allegations, the problem is that Biden may have committed sexual assault,” she said. “There is a difference between being willing to support Biden in a general election against Trump, and even to campaign for him — which I am willing to do if necessary — and writing glowing articles about his character and supporting him specifically from the position of being a Jewish woman and feminist.”

Lowey, the New York Democrat who is retiring this year and 30 years ago helped lead the charge against the confirmation to the Supreme Court of Clarence Thomas, who was accused of sexual harassment, did not return a request for comment. 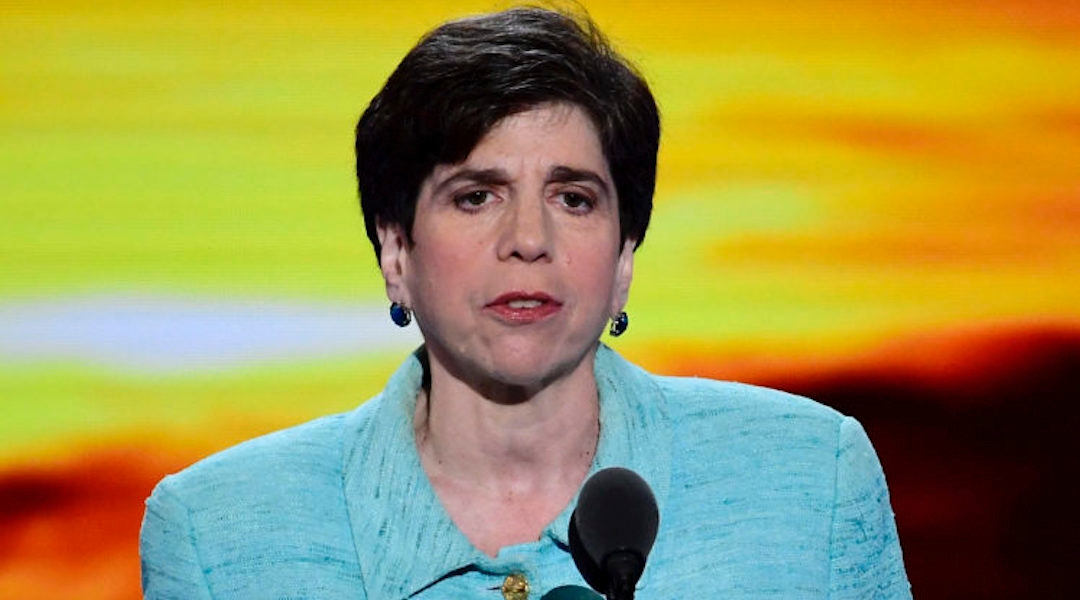 Biden as a senator and then as vice president to Barack Obama was closely identified with some of the key feminist gains of Lowey’s generation, helping to author the Violence Against Women Act and advance equal pay initiatives. For Schonfeld, that makes backing him a  no-brainer.

“We are looking at every issue that is a threat to women’s health, well-being, equality, economic equality, everything that will keep women safe and alive – Joe Biden is a leader on that,” she told the Jewish Telegraphic Agency.

Biden’s record with women is not unblemished. Feminists still criticize his handling of the 1991 Thomas hearings, which he chaired, saying that he did not protect Anita Hill, Thomas’ accuser. Last year he apologized after multiple women, including, Reade, accused him of unwanted touching.

“As someone who has enthusiastically volunteered for both Obama and Clinton, I’m not yet at a point where I feel comfortable actively campaigning for Biden,” said Michaela Brown, 25, a rabbinical student at Hebrew College in Boston. “If it appears that the Biden campaign begins to take steps towards appropriately, honestly addressing his alleged history of sexual violence and harassment, I will reconsider.”

Evangelical Christians back Trump because they see him as a vehicle that advances their moral priorities, including restrictions on abortion and loosening strictures on church activism in public life. He does not need to be a model of morality himself, they argue.

Rabbi Avi Strausberg, who has conducted sessions for Jewish officials in Washington on moral behavior in a political setting, said that distinction might not apply in Jewish theology.

Should one seek moral leadership from a pure figure, or should one be able to learn from an impure figure while employing one’s own sense of morality to distinguish the good from the bad? Talmudic figures grapple with both paths, she said.

Strausberg, who teaches at Hadar, a New York-based institution for Jewish study, said that in the modern context, the type of person in question is key: One could seek truth from a scientist who has transgressed, but probably not from a rabbi.

That question becomes more confounding with a politician.

“It’s a tough question, they are governing but also serving as moral leaders,” she said without commenting directly on the Biden allegations.

“The one thing I have little doubt about is the bad faith of those using this strange, sad story to hector feminists into pretending to a certainty they have no reason to feel,” Goldberg said in her New York Times column.

“Tara wants Biden to step down, understandably, as do others who see him as a disastrous candidate,” Halper, who backed Biden’s rival Bernie Sanders in the primaries, wrote last week in the Guardian. “Others wish Tara had been listened to before Biden was the last man standing, but now see no alternative. Both positions are understandable and neither should be shamed. But what is shameful is ignoring or belittling Tara because it’s politically inconvenient to grapple with her story.

“We are in an excruciating situation with no easy solutions.”