It’s official: Most Reform Jewish camps will cancel this summer due to COVID, affecting at least 10,000 kids 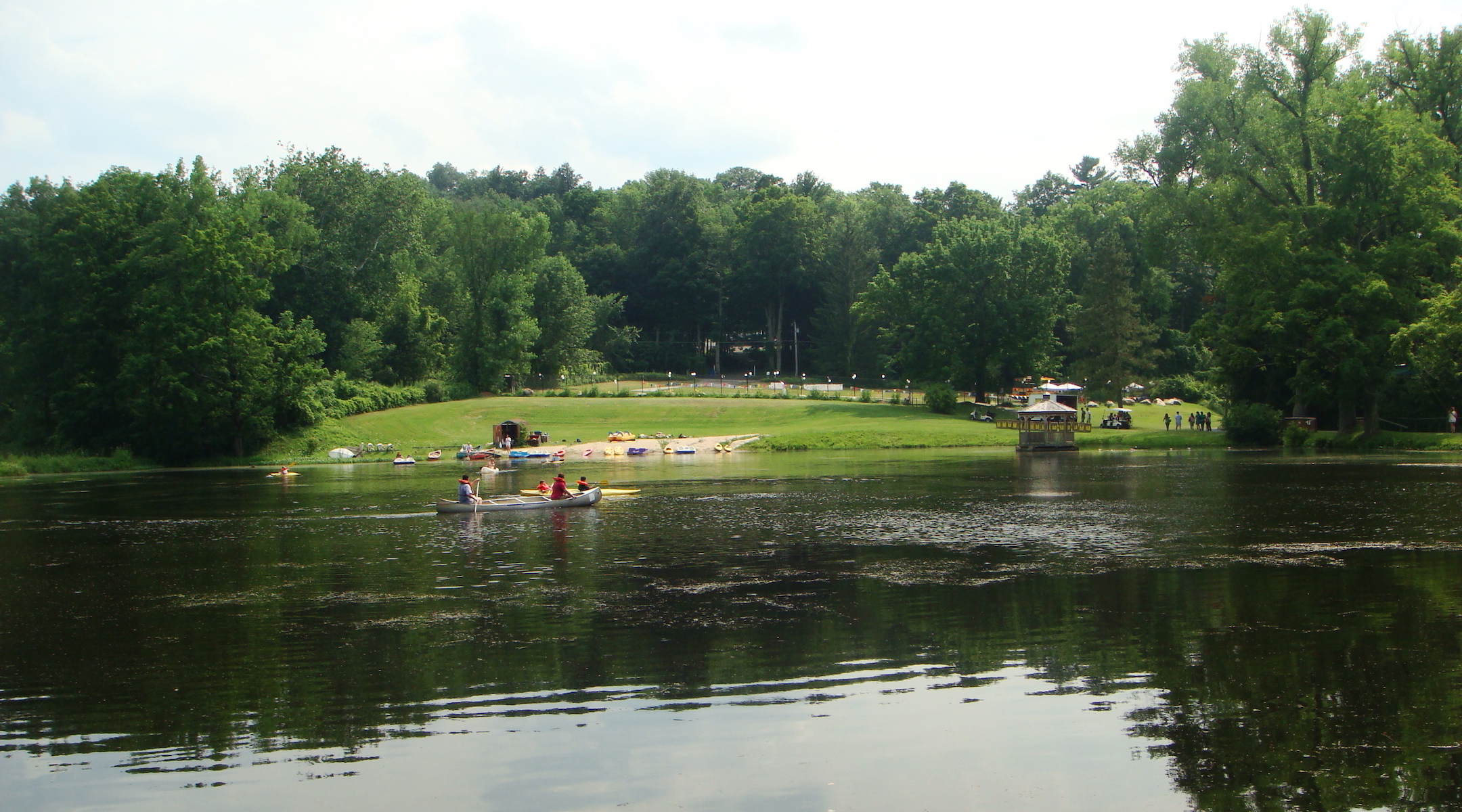 Eisner Camp in Massachusetts, a view of its lake seen here, is among 15 Reform movement overnight camps that will not open this summer. (Wikimedia Commons)
Advertisement

(JTA) — Nearly all Reform Jewish summer camps, and at least one Conservative camp, will remain closed for the 2020 summer due to the ongoing coronavirus pandemic, the Jewish Telegraphic Agency has learned.

The landmark decision, made Thursday afternoon, will affect 15 Reform overnight camps across the country, which collectively served some 10,000 campers in 2019. The Reform movement, the largest in the United States, is the first to suspend its official summer camp network. It’s the first time in more than 70 years that the movement is suspending its camps.

The Reform movement is also canceling all of its trips to Israel and other locations, as well as all in-person youth activities. A statement from the Union for Reform Judaism said that if it ends up becoming possible to open the camps, “doing so will be our top priority.”

A handful of Reform camps not run by the Union for Reform Judaism are not bound by Thursday’s decision.

“After months of carefully following and evaluating the evolving COVID-19 situation, the URJ has reached the heartbreaking, difficult, and values-based decision to cancel all in-person activities this summer,” read the statement. “Although we have continued to plan, prepare, pray, and hope for another transformative summer, the risks posed by COVID-19 threaten our most sacred values: the health and well-being of our children, staff, and faculty that attend camp, along with their communities back home.”

Ramah Darom, a Conservative Jewish camp in Georgia, is also canceling its 2020 summer. An email to the camp community said that Georgia’s regulations currently would not allow them to operate the camp, which was scheduled to open in early June. The camp’s medical committee decided that, even if regulations change, it would be “untenable” to manage the risk posed by COVID-19.

“My heart is hurting to have to share the news of the cancelation of camp this summer,” Ramah Darom Director Geoff Menkowitz said in a video message Thursday afternoon. “We have been holding onto hope that it might be possible for us to still get back to camp this summer…. It has become clear that camp as we know it and love it is not possible right now.”

Overnight camp is a centerpiece of the American Jewish community, with children often attending and sometimes then working at the same camps that their parents attended. Lasting anywhere from a few days to eight weeks, camps generally include Jewish education, prayer, Israeli cultural activities and Hebrew — along with sports, arts and crafts, and the like.

Whether the camps can operate given the pandemic has been an increasingly pressing question. Some states are beginning to lift some of the restrictions they imposed to slow the spread of the disease, and mounting evidence suggests that children are less vulnerable than adults.

At the same time, public health officials say returning to business as usual would not be safe, and many camps require campers and their families to travel great distances to attend. Camp directors have told JTA that state and local social distancing regulations, as they are now, would prevent camps from opening.

There are more than 180,000 campers and staff at the more than 300 Jewish overnight and day camps across the country, according to the Foundation for Jewish Camp. Jeremy Fingerman, the foundation’s CEO, said that each camp is going to have to make its own decision regarding the upcoming summer.

He estimates that Jewish camps could need $150 million to weather the coronavirus crisis, as the camps that have canceled programs have promised to refund or defer tuition. The Foundation for Jewish Camp is urging camps to cut costs and seek aid to tide them over. Fingerman told JTA that 46 camps have so far have received more than $12 million in government loans under federal economic relief legislation.

Charitable foundations have also pledged millions in donations to camps in the wake of the crisis.

“Hopefully it’s one season at worst, but for so many people, they’re yearning to connect with their camp friends, their camp communities,” Fingerman said. “And we as a Jewish community yearn for them to connect and engage and experience joyous Judaism. We’ve got to find ways to help make that happen.”

Fingerman said that FJC is looking into how to best provide a virtual camp experience for kids whose camps have canceled their programs. But he said it’s more of a challenge than remote school classes, because camp ideally involves staying away from sitting at desks and looking at screens.

The director of a Reform overnight camp in Wisconsin, Solly Kane, said that the Reform movement made the decision to cancel camp outright, rather than push back start dates, because it’s committed to communicating openly with campers and their parents, and did not want to delay what felt like a likely final decision.

“This was not an easy decision and I’m confident it was the right decision to make based on what we know and don’t know at this time,” said Kane, who directs the URJ Olin Sang Ruby Union Institute, known as OSRUI. “We wanted to share that information with our families as soon as we made that decision. We’re committed to not disappointing our families multiple times.”

Also Thursday, two Conservative Jewish Ramah camps, in Colorado and Wisconsin, announced that they would be delaying their start dates to at least July 1 and June 30, respectively, because of the pandemic.

But they are continuing to leave open the possibility that overnight camp will be possible for at least a portion of the summer.

“Based on the current situation, including available data, government regulations, and our health standards, it appears unlikely that we will be able to run camp at all this summer, though we remain hopeful that we can join together for at least part of the 2020 camp season,” Ramah in Wisconsin’s executive director, Jacob Cytryn, wrote in an email to community members. Ramah in Wisconsin has run every summer for more than 70 years.

In the Cleveland area, Camp Wise also has canceled this summer due to the coronavirus. The camp, according to its website, was founded in 1907.

“Camps are about groups of children and staff who are together every day,” read a statement from Michael Hyman, president and CEO of the Mandel Jewish Community Center, which runs the camp. “For the well-being of campers, their families, our staff and the community, it was best to cancel the operation of all camp programs for the summer of 2020.”