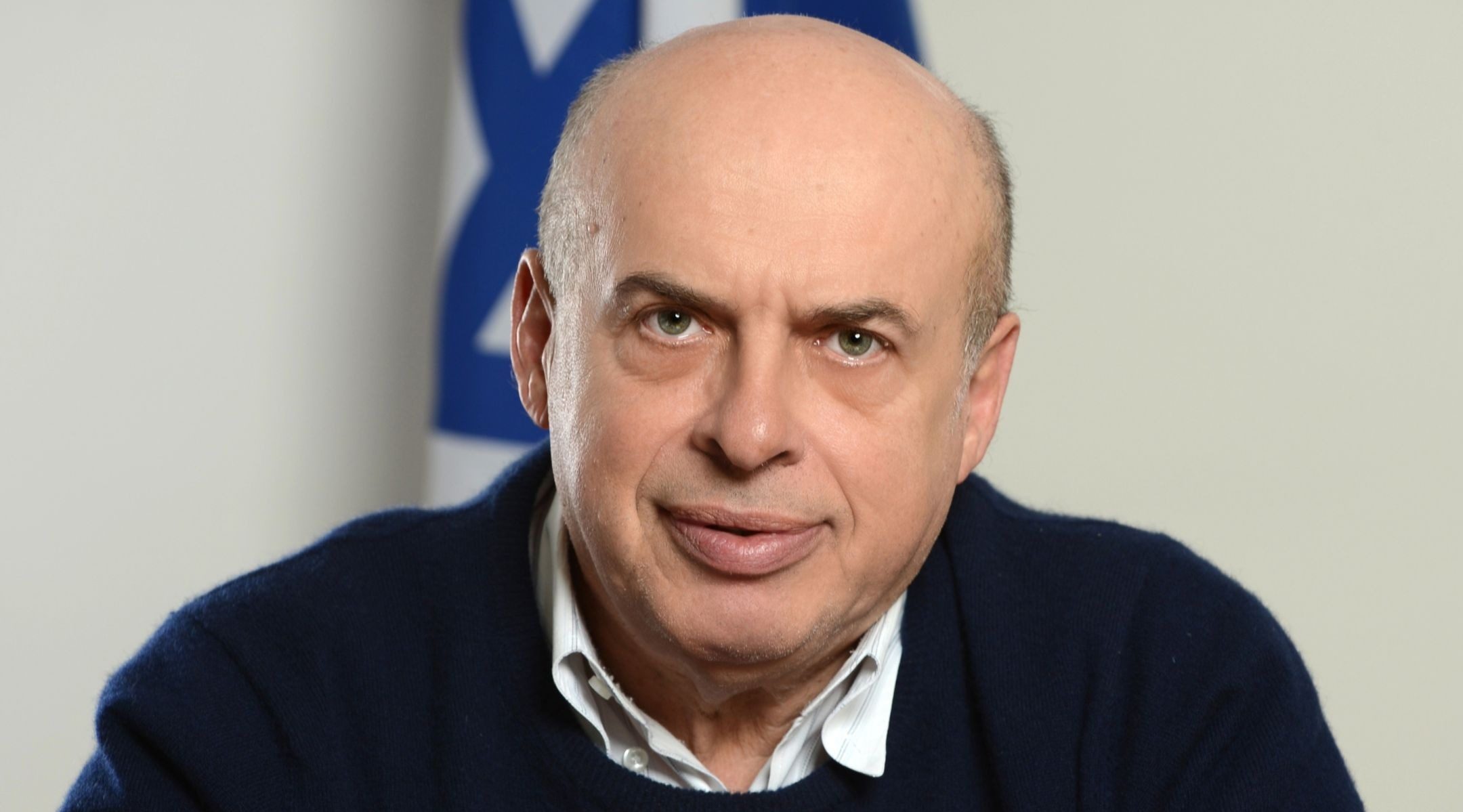 JERUSALEM (JTA) — When Natan Sharansky learned in December that he would become the eighth Genesis Prize honoree, he decided he would use his $1 million prize money to promote issues to which he has devoted his life: human rights and Zionism.

That was before the coronavirus crisis.

Now, Sharansky, the former Soviet dissident who has become a prominent leader in Israel, and the Genesis Prize Foundation are announcing that his winnings will instead go to organizations fighting the pandemic and supporting individuals most affected by it in Israel, the United States and seven other countries. They also announced a new competition to reward Israeli innovations working to stop the pandemic.

The coronavirus is a “new challenge, a new enemy,” Sharansky told the Jewish Telegraphic Agency. His other interests, he said, “can wait a little bit.”

In Israel, the grants will fund nine organizations working to help the most vulnerable populations affected by the pandemic and advance medical and scientific innovation. Grants will also help isolated and elderly Jews in Rome, Madrid, Paris, Moscow, the United Kingdom, Ukraine and Belarus. And they will fund research at two universities in New York and support grants made by a Jewish loan society.

Sharansky, 72, spent nine years in a Soviet prison, half them in solitary confinement, and he kept himself sane by playing chess in his mind. He has been helping Jews around the world during the pandemic by speaking to Jewish schools, groups and communities about living in isolation.

“Freedom is inside of yourself,” Sharansky told JTA. “If you can fight for the things you really believe then you are free.”

Last month, Sharansky made a three-minute video offering five tips on living in isolation that has been seen by tens of thousands of people. Prior to talking to JTA on Sunday, Sharansky spoke to the Bulgarian Jewish community on a Zoom call. He admitted that two months ago he did not know what Zoom was. Now, he considers himself an expert.

Sharansky, who serves as chair of the Institute for the Study of Global Antisemitism and Policy, acknowledged the rise in anti-Semitism brought about by the pandemic. Prior to that, he spent nine years as chairman of the executive of the Jewish Agency for Israel. He also served in four Israeli governments, holding ministerial positions as head of his Yisael B’Aliyah party, formed to help integrate new immigrants into Israeli society.

The Israeli organizations receiving Sharansky’s Genesis grants offer a variety of services to a wide range of populations. They are

Grants also will go to send volunteers to help the isolated and elderly members of the Jewish communities affected by COVID-19 in Rome, Madrid, Paris, and Moscow through Moishe House, an international organization working with young adults; and to assist 130 Hillel student volunteers working with Jewish elderly and homebound in six cities in Ukraine and Belarus. A grant to Jewish Care in the United Kingdom will provide protective equipment to staff working with isolated and impoverished elderly, who are especially vulnerable to the virus.

Grants in the United States will fund research at Columbia University Irving Medical Center to mitigate medical complications of coronavirus; a competition for students at New York University Tandon School of Engineering to solve physical challenges presented by COVID-19; and support for Hebrew Free Loan, a nonprofit that is distributing no-interest loans to people in New York who require emergency assistance because of the economic disruption caused by the pandemic.

The Genesis Prize Foundation also announced a special competition in honor of Sharansky that will recognize Israeli companies working to combat COVID-19 and prepare the world for future pandemics. Start-Up Nation Central, a nonprofit founded by philanthropist Paul Singer, will run the competition with Genesis to promote the Israeli innovations globally.

Sharansky said he hoped the pandemic would yield positive effects for the world, even as it causes death and devastation.

“I hope there will be much more unity in general of people all around the world,” he said, adding that he hoped the moment would increase “our understanding that there are things we can fight and defeat all together.

“Let’s hope that will remain when this drama will be behind us,” Sharansky said.