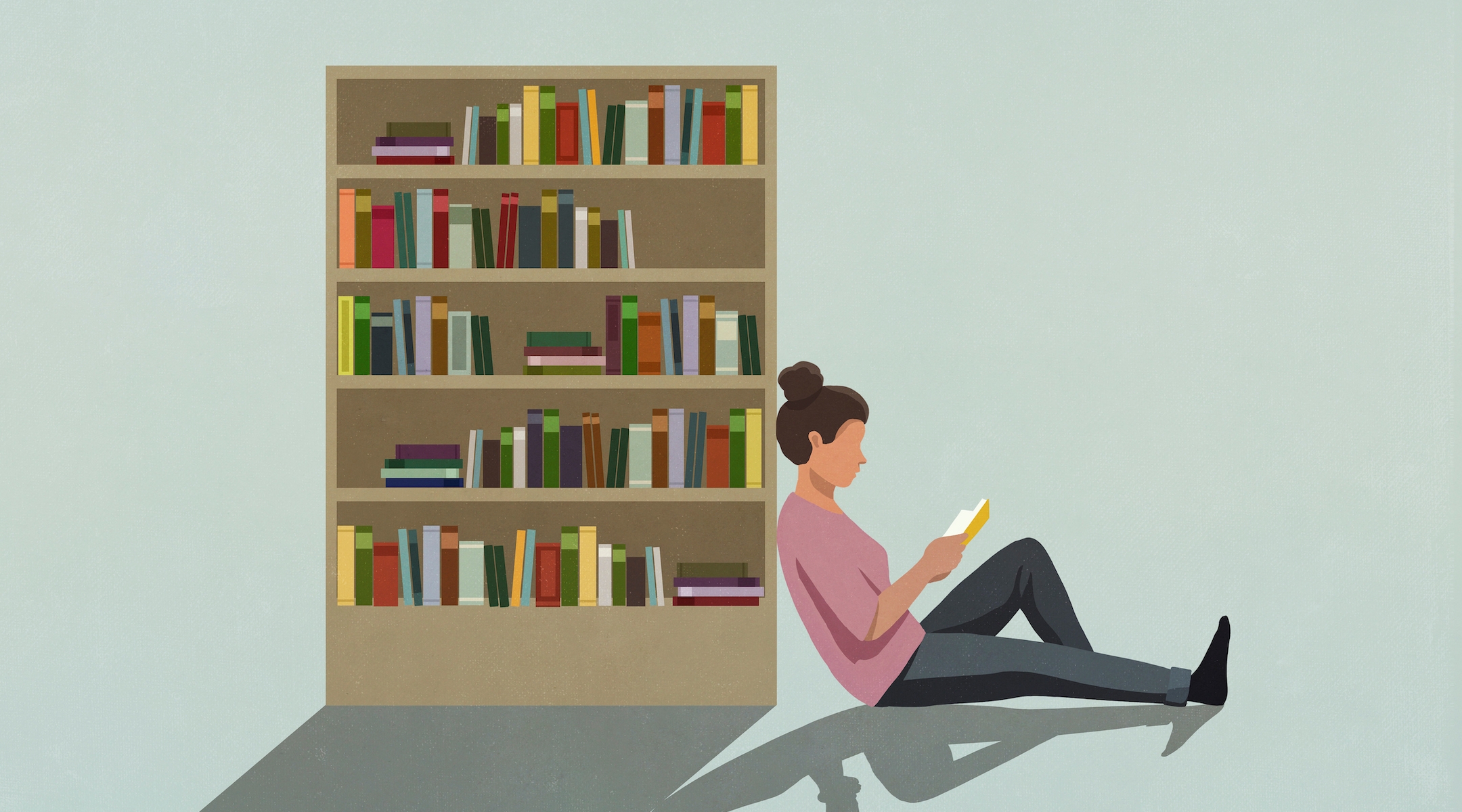 (JTA) — In Season 2 of the Hulu comedy “Shrill,” based on the book by Lindy West, there’s a restaurant scene in which the central character’s mom closely monitors her daughter’s food intake. It’s clear the tendency is familiar — even in their relationship as adults, the mother discloses her almost political stance against dessert and bread baskets.

After the episode, I messaged my friends to see if their tension spoke to them, too. What had been so recognizable?

Another commented, “Mine marched me into Weight Watchers the day before Thanksgiving.”

As a reader, mother-daughter stories like this have resonated with me since I was a preteen obsessed with Anne Frank’s diary. My own experience as a daughter was unlike the fraught relationships portrayed in most memoirs, but I still reread their pages endlessly, studying the universal adolescent desire to both accept and reject a parent.

For Mother’s Day this year, while stuck in California and unable to visit my mom abroad in the Netherlands for the foreseeable future, I’m revisiting memoirs that have provided comfort through their relatability over the years. My life isn’t exactly like those of my beloved memoir writers, but so many details and stories ring true, almost bringing me back to being in close proximity to my mom.

Here are a few memoirs that I’ve found particularly compelling as the daughter of a Jewish mother over the years.

Just recently, the essay collection “What My Mother And I Don’t Talk About” reminded me how daughters can put their mothers’ lives under a microscope — searching for a blueprint on how to develop bravery, courage and other life skills. The writer Sari Botton’s contribution (15 writers contributed essays) features her observations of the men in her mother’s life, including how the Hanukkah gifts she received would depend on the male partner of the time. Ultimately, she chronicles the marriages as a lens to examine her mother’s generous and resilient spirit.

In college, I devoured Julie Klam’s debut “Please Excuse My Daughter,” about the privileged childhood in Bedford, New York, that left her unable to navigate her world as a grown-up. Some books find us at the right time, and this author helped me feel less alone during a stage where one is expected to have acquired more wisdom about life than I had.

Reading sections about the department store shopping sprees that Klam’s mother dragged her to during school time, I thought about my own brushes with missing school for an unnecessary reason. I’d summer with my mother and her parents in the Midwest, and sometimes we’d stay too long and I’d miss the beginning of the school year back in the Netherlands, where I grew up. My mother wrote notes for my Dutch high school teachers on the back of airplane vomit bags.

“What will I tell the teacher?” I asked, worrying about how her paper of choice made me look.

“Tell him your mother works,” she would say.

Klam’s mother has three sisters. She writes how the “Jewish Gang of Four” encourages her to embrace a performative brand of womanhood. To me, my mother was as chic and stylish as Marcia Klam, insisting on new outfits for both of us every time the High Holidays came around.

In “For You, Mom. Finally,” Ruth Reichl writes about my grandmother’s generation, though that didn’t make me lose interest. I was in my mid-20s when the book came out, wanting to know how Reichl, one of my favorite food writers, had arrived there. The answer lies in her opportunity to deviate from the path of her mother, whom she describes as born in the worst time to be a middle-class American woman.

“She wasn’t much at keeping house and I don’t think I’ve ever met anyone who was a worse cook,” Reichl writes.

Though her mother could make people sick with her cooking, matzah brei was a rare recipe she could make well. Even the Jewish daughter-starved-for-flavor-turned-successful-cook attests, a mother helps you become the person you are.

A similar contrast plays out in Elissa Altman’s latest memoir, “Motherland.” Altman’s mother, a singer, performer and TV host, restricts her eating along with everything else. The author, determined to live a bigger life, revels in dinners with her father at French bistros all over Manhattan, where she learned to be an eater.

The dynamic between the writer and her frail mother is plagued by co-dependence. As she forges into a career and relationship of her own, Altman faces what she calls Jewish guilt over moving from New York to Connecticut. That turns the majority of her visits to phone calls, and the limits of her caretaking come at a cost.

“A mother and a daughter are an edge. Edges are places of danger or opportunity,” Altman writes. “Why can’t they be both?”

I also listen to Family Secrets, a podcast with Dani Shapiro — a novelist and essayist raised Orthodox — that sprouted from the publication of her most recent memoir, “Inheritance.” A handful of episodes are enough to bring mothers (and parents) across the spectrum of character into the mix.

Following an interview with the author on Fresh Air, I ended up inhaling Saeed Jones’ memoir “How We Fight For Our Lives” late last year. It’s about his upbringing, how he overcame intersectional adversity as an African-American writer and the relationship with the maternal figure of his life.

Detailing the original mother-child bond, his words evoke the image of Vivian Gornick walking the streets of New York City with her aging Jewish mother while narrating their individual ideas of the same memories. Gornick’s 1987 memoir “Fierce Attachments” is often cited as one of the paradigms of the genre. She couldn’t have chosen a more suitable title.