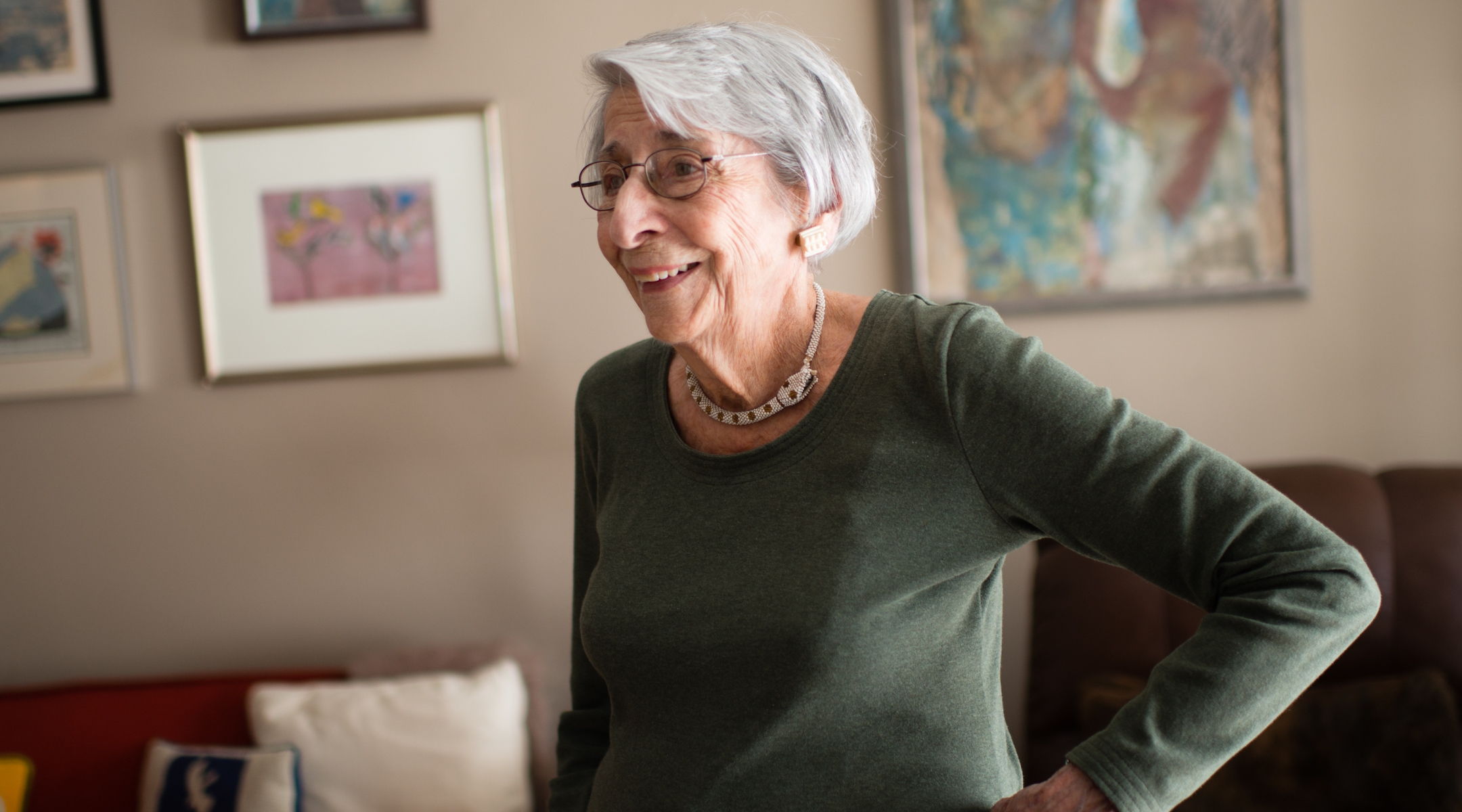 (JTA) — After Marilee Shapiro Asher was admitted to the hospital in mid-April sick with COVID-19, her daughter got a call from the doctor telling her she ought to get down there right away. Her mother likely had only 12 hours to live.

“Well, he doesn’t know my mother, does he?” Joan Shapiro said.

What the doctor didn’t know was that Asher, a 107-year-old working artist, had already survived one global pandemic. And she was about to survive another.

In 1918, then about 6 years old, Asher contracted the Spanish flu, a deadly strain of influenza estimated to have killed at least 50 million people worldwide.

“What she told my brother and I, she remembers being sick upstairs and coming downstairs and seeing her father, who she adored, and knowing that if she saw her father everything would be OK,” Shapiro said.

Fast forward a century and change: Asher had contracted the new coronavirus, which is particularly lethal for older people. She wound up spending five days in the hospital,undergoing a course of antibiotic treatment before being sent home to Chevy Chase House, a senior living community in Washington, D.C. She was never put on a ventilator.

“It’s remarkable,” Shapiro said. “That’s all I can say. It’s just unbelievable. I think perhaps it’s because of her art that she’s still involved in.”

Well into the eighth decade of her art career, Asher was due to open a major solo exhibition later this month at the Studio Gallery in Washington, but that was canceled due to the coronavirus.

Born to an affluent Chicago family in 1912, Asher began studying sculpture in 1936 and took up painting a few years after she moved to Washington, in 1943, with her first husband, Bernard Shapiro. Her first solo exhibition was held at American University in 1947.

In D.C., the family attended Temple Sinai, where Asher served on the art committee. It was through her association with Boris Aronson that the famed Broadway set designer came to create the synagogue’s ark, Shapiro said.

Bernard Shapiro died in 1974. Nearly 20 years later, at the age of 80, Asher remarried: She and childhood friend Robert Asher wed at the Cosmos Club in Washington. Robert Asher died in 2008.

In the early 2000s, seeking a less physically demanding alternative to sculpture, Asher took up digital photography. She studied digital art at the Corcoran School of Art and began manipulating photographs on her computer. She was 88 at the time.

Her work is now in the permanent collections of the Smithsonian and the Baltimore Museum of Art.

Asked the secret of her longevity last year on the activist Ralph Nader’s radio program, Asher chalked it up to exercise and art.

“Here at the facility for senior living I go to tai chi class and to a yoga class, which helps to keep me kind of limber,” she said in the interview. “That’s very important. But even more important is one’s having an interest, having something that makes you want to get up in the morning and do it.”

Asher began feeling unwell in March. It started with general fatigue and gradually grew more acute, impairing her eyesight and making it difficult for her to breathe. By the middle of April, she had all but stopped eating.

By then, the coronavirus pandemic was in full swing, and at the insistence of her children and a nurse at her senior living facility, Asher went to the hospital.

Asher returned home from the hospital on April 28. Shapiro says she has good days and bad ones, adding that her mother wasn’t strong enough to do an interview.

“She’s at the edge of the woods,” Shapiro said.

In 2015, Asher published a memoir, “Dancing in the Wonder for 102 Years,” in which she writes: “Dear God, I don’t know who you are or where you are or if you are. But I do want to thank you for my life and all the perks I have enjoyed. I want to thank you also for 30 more years than are usually allotted according to your Bible. I hope I have not overstayed my welcome. Sincerely, Marilee.”