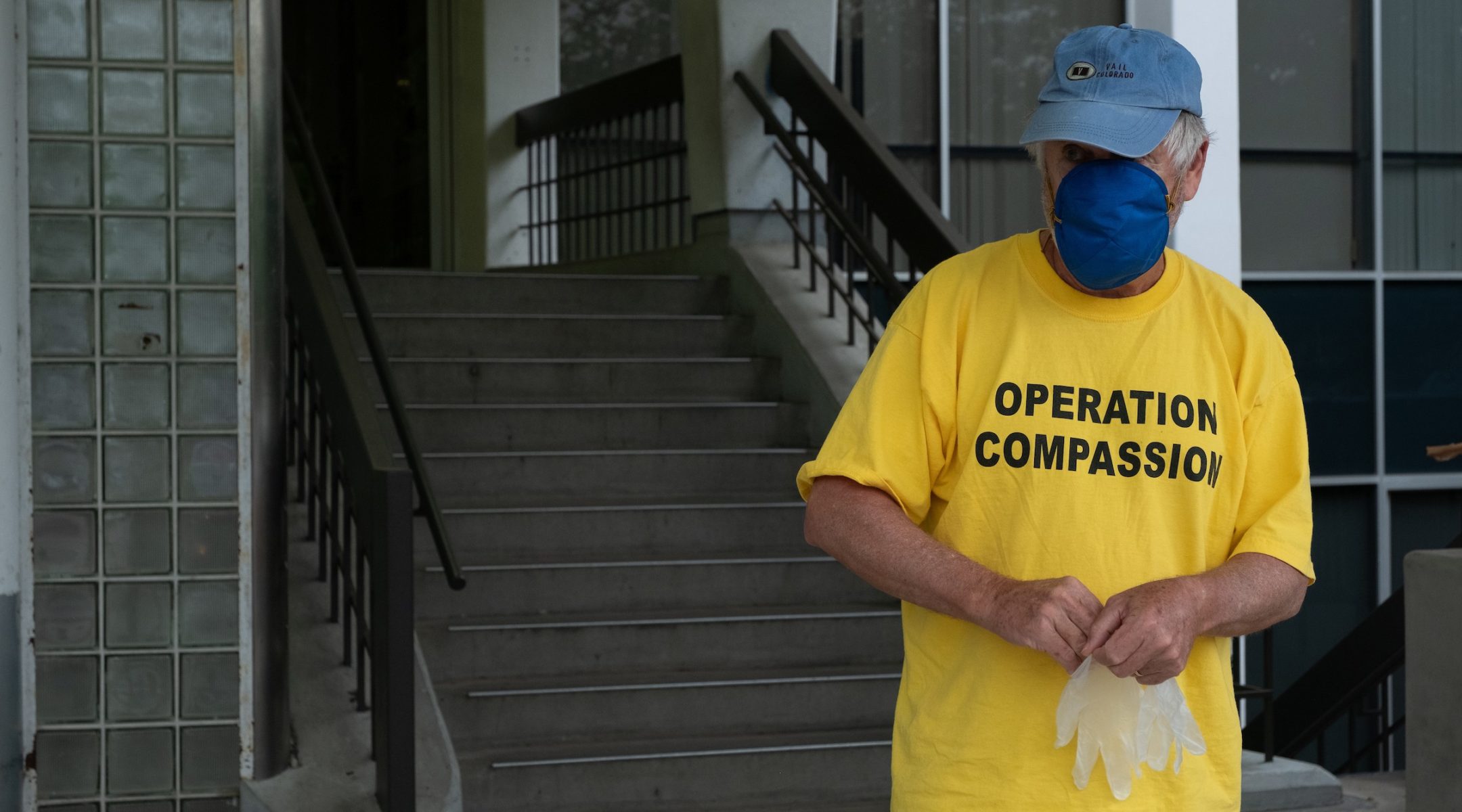 When the novel coronavirus began its relentless sweep through elder-care facilities in North America, Andrew Banoff, chairman of the Association of Jewish Aging Services, found himself pleading with medical suppliers and government agencies to sell the facilities enough personal protective equipment, or PPE, to protect their employees and residents.

“The shortage of PPE was like a wave coming in from the ocean,” said Banoff, who is also the president and CEO of Jewish Senior Services in Bridgeport, Connecticut. “The first week there was a battle for masks. As that wave came ashore, there was a shortage of gloves. The next week, a shortage of gowns.”

The facilities in the Jewish aging network were running out of options when, at the beginning of March, the Jewish Federations of North America stepped in, drawing on its vast network and experience to tackle the problem.

“Facilities were competing with each other for scarce equipment, prices were skyrocketing, and nursing homes were at the bottom of the chain,” said Mark Gurvis, executive vice president of the Jewish Federations of North America.

Working in partnership with Jewish Aging Services, the Network of Jewish Human Service Agencies, the Jewish overseas student group Kahal International, the Jewish Funders Network and others, the federation umbrella organization found an opportunity to develop a coalition to tackle the PPE challenge. Together, this group of elder-care facilities, organizations and private individuals launched a PPE buying consortium and distribution system.

Some consortium members searched for PPE, while others found ways to get the equipment to facilities and their high-risk residents.

Within a short period of time, the consortium was able to distribute $5 million worth of protective equipment: 2 million masks, 2 million gloves and 500,000 isolation gowns to 200 facilities across North America. Being able to purchase PPE as a group saved the elder-care facilities $1.3 million, Gurvis estimated.

Banoff marvels at what the coalition managed to achieve in a matter of days.

“This was real leadership,” he said. “It’s always people with a can-do attitude that get things done.”

Federations and their partner agencies have dealt with many crises over the years. Now, they’re drawing on their experiences and adapting resilience plans to tackle the Covid-19 crisis.

In Texas, the Jewish Federation of Greater Houston is applying the lessons it learned after Hurricane Harvey to the coronavirus pandemic. When the hurricane hit in August 2017, approximately 5,000 of the 52,000 individuals the federation serves experienced flooding. Some lost their homes or businesses.

Although the federation was already helping with everyday needs, it lacked the infrastructure to deal with a catastrophe of Harvey’s magnitude.

“We didn’t have a community relations committee, we didn’t have a professional who could advise us on how to liaise with the government on the state and local level,” recalled Taryn Baranowski, the federation’s chief marketing officer. 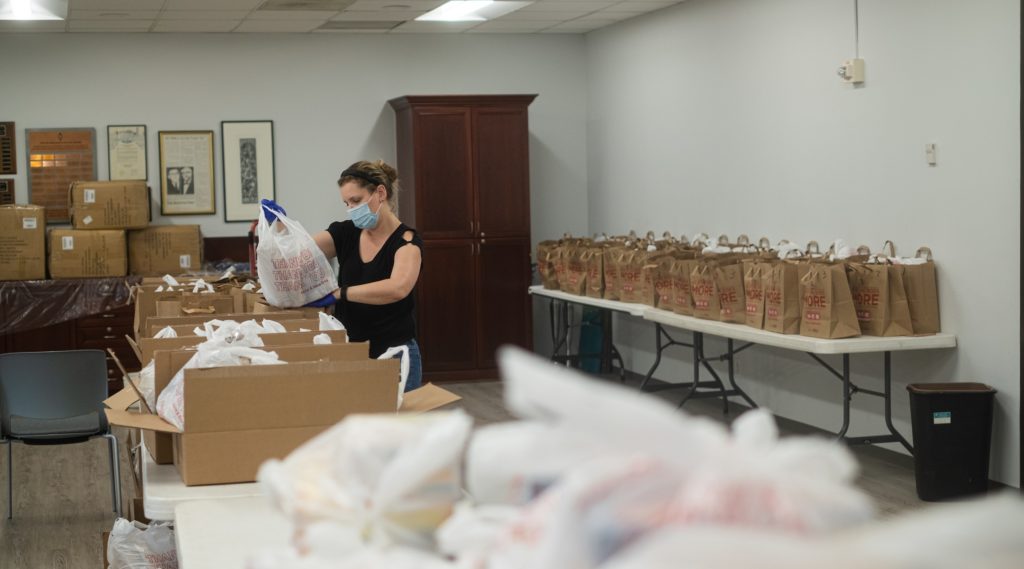 Last year the federation created the Jewish Response & Action Network, a collaborative initiative between the federation and its partner agencies aimed at responding quickly to any emergency.

“It was like creating a community playbook,” said Jackie Fisherman, the federation’s director of government affairs who heads the initiative. “In the process of creating the network we asked ourselves: What lessons did we learn? What resources can we offer?”

Since February, the network, known as JRAN, has become a one-stop source of breaking information on everything from coronavirus-related resources from the Centers for Disease Control to local school and synagogue closures.

The Jewish Federation of Greater Pittsburgh, which serves about 27,000 Jewish households, is applying many of the lessons it learned following the deadly October 2018 shooting at the Tree of Life synagogue, which killed 11 people.

“Our federation already had a good relationship with our beneficiary agencies, but after the attack we began to look for ways to better coordinate with each other during times of crisis,” said Adam Hertzman, the federation’s marketing director.

The attack re-emphasized collaboration on three longstanding primary goals the federation established with beneficiary agencies: to prevent an overlap of services, to ensure that services and funding go where they are most needed, and to create a smooth, dignified way for people in need to quickly access assistance.

During this crisis, the Pittsburgh federation is providing virus-related relief to seniors, families with children and teens, and people considered vulnerable due to financial or other hardships. The number of local Jewish families who have applied for emergency loans or other assistance is surging.

“Let’s say you’re a family that’s living on the margins, and you can’t pay a $500 car repair because your spouse is suddenly unemployed, but if you don’t repair your car you can’t get to work,” Hertzman said, noting that weekly applications to the Hebrew Free Loan Association are about 10 times higher than normal.

The Pittsburgh federation is also helping senior care facilities purchase everything from PPE to disposable dishes to prevent the virus’ spread, and is assisting beneficiary organizations that help the needy.

On a national level, the Jewish Federations of North America created the Jewish Together website to provide local Jewish communities with pandemic-related resources and has been instrumental in advocating for the inclusion of the non-profit sector, including federation partner agencies, in federal Covid-19 relief programs.

Jewish Federations’ ability to provide so much assistance so quickly during this crisis relies in large part on the generosity of donors, said Dirk Bird, associate vice president of planned giving and endowment at the national network.

“Since the beginning of the Covid-19 crisis, we have witnessed community mobilization efforts that have often been led by contributions from Donor Advised Fund holders of federations and Jewish community foundations,” Bird said. “This has resulted in tens of millions of dollars being deployed to address immediate, critical needs.”

At the same time, federations have been able to draw from the endowments that support annual campaigns, operations and community programs.

“The ripple effect of gifts secured decades ago is being felt in a visceral, profound way as this crisis unfolds,” Bird said.