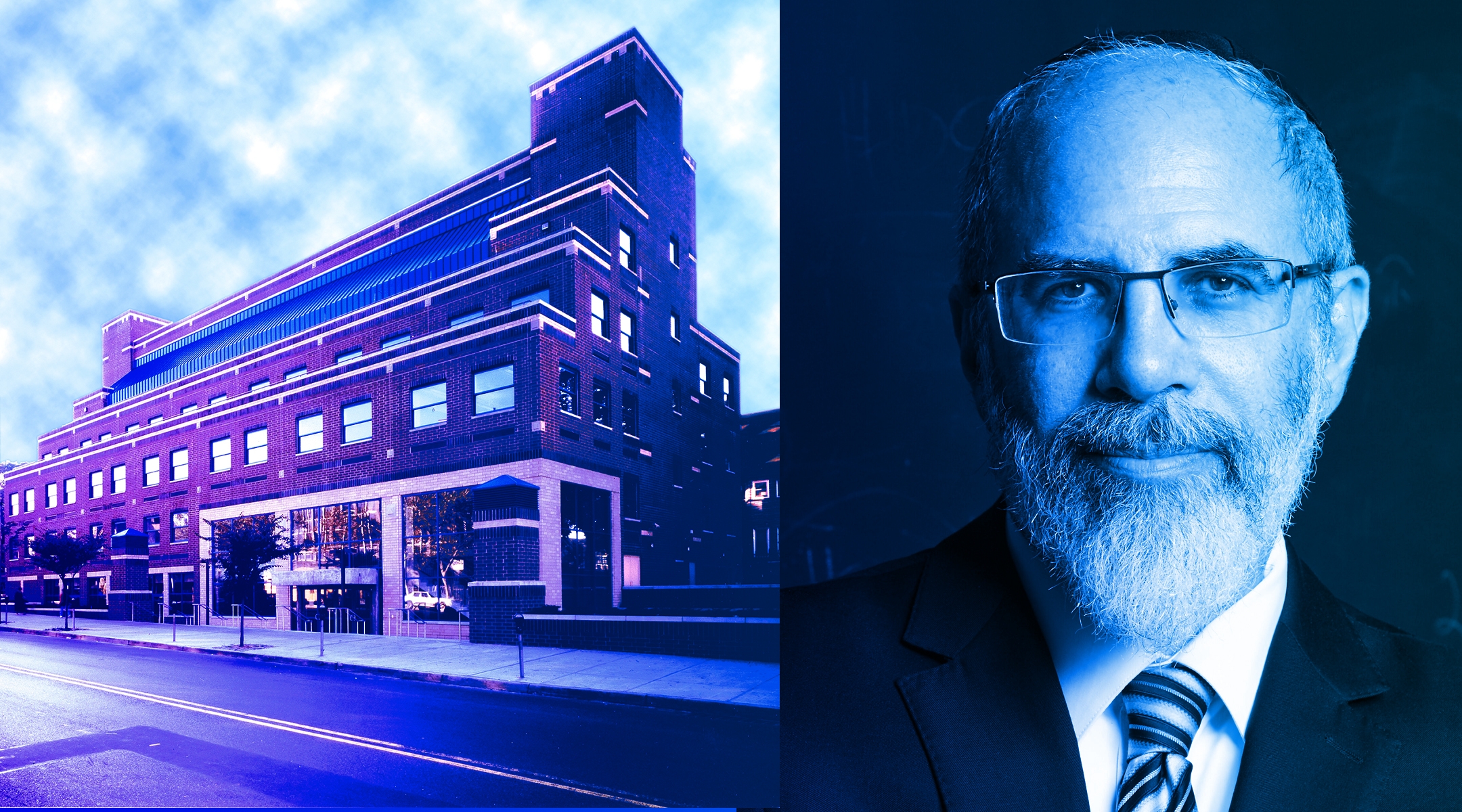 NEW YORK (JTA) — Jewish colleges and universities and departments of Jewish studies may be guided by the core values of traditional religious texts, but their specific tools for survival in the post-COVID-19 era will probably be taken from the pages of the Chronicle of Higher Education rather than the Shulchan Aruch.

The challenges to higher education are serious, and in some cases even existential. But least discussed is the effect an increased reliance on distance technology will have on the academic relationships that are essential to Jewish learning.

Distance learning technologies allow Jewish higher education to reach more students, but we can’t simply slap our courses online and consider ourselves done. If we do, we risk sacrificing cherished aspects of our pedagogy.

Take videoconferencing, for instance. Technology like Zoom has certainly served Jewish colleges and universities well, but it is far from perfect, what with occasional incursions by anti-Semites and an even more insidious impact on learning through non-verbal communication.

We anticipate that this technology will improve over time, but I am concerned in particular about the loss of communal learning and discipleship, two central Jewish values that are endangered in the virtual environment. Fortunately, a few ancient techniques might be adapted to the virtual environment, such that we can get even Zoom to slow down a bit.

First, Jewish thought places value on “s’khar halikhah,” literally “the reward of travel,” for the effort expended while commuting to the house of Torah study. To my knowledge, there is no such reward for secular study, so from an academic perspective, it’s hard to see much of a downside to online learning. Moreover, anecdotal evidence suggests that many students actually prefer the virtual to the “real” classroom experience. Under our current circumstances, the social distancing potential for online learning is certainly welcome.

Students who live far from the major centers of Jewish life, as well as students who have disability issues that make on-campus study daunting, also have dramatically increased access to academic Jewish education because of distance learning technologies. It’s hard to not appreciate what online learning can do for our diasporic and differently abled students.

But the downside of this great equalizer is that it removes many incentives to stay together. Jewish civilization requires erudition, to be sure, but even more basically, it requires Jews.

The vast range of non-academic experiences that students absorb on campus are not accessible through distance learning, from intramural sports to late-night philosophical discussions in the dorm. Yet even the videoconference classroom is impoverished by the absence of living bodies: the hush that comes over the hall at the beginning of the lecture, the scratching of pencils during an exam or the furious clacking of keyboards as the Professor builds to a didactic crescendo, all contribute to the gestalt of academic study, a shared vocabulary of experience that has built academic communities for generations.

Institutions of higher education that aren’t Jewish may find such elements of the academic experience quaint, even desirable, but ultimately they are not central to the mission: Non-Jewish schools are generally in the business of providing professional training, advancing research and so on. Institutions of Jewish higher education, on the other hand, are usually dedicated to an explicit or implicit communal agenda, hoping to build the scholarly health of the Jewish body politic, and these non-academic community-building experiences are like summer camp for the Jewish intellectual. How will we do without them?

To meet this challenge, we need to channel the middle part of Rabbi Hanina’s famous pedagogic credo: “I learned much from my teachers, more from my colleagues, and from my students most of all.” Institutions of higher education under Jewish auspices have to invest in online events that are not strictly tied to the narrow curricular needs of degree fulfillment. For example, if we host a prestigious guest lecture online, we’ve got to structure the event such that there are places for students to hang out and schmooze afterward.

The Talmud clearly values discipleship — the building of a long-term scholarly relationship between teacher and student — over the mere study of texts. The “service of Sages” is understood to be a sine qua non of a scholar, and it’s hard to imagine how that would exist through post-COVID learning.

Videoconference technology artificially truncates the space for teacher-student relationships. One Zooms in and out of a classroom without the more casual, unforced, spontaneous interactions present in bricks-and-mortar environments. No conversations with the professor while walking from class to class, no back-and-forth banter at the graduate student union. One Zooms into the “meeting” (notably, not a “classroom”), listens to the dings that accompany the entrance of latecomers and the lecture begins. There is no unforced agenda, no white space in time, in which to develop the master-disciple relationship.

By contrast, I fondly remember my own discipleship as a doctoral candidate waiting early Toronto mornings by the window at the doughnut shop on the corner of Bloor and St. George for Professor Magocsi to appear, and then walking with him to his office on the other side of Queen’s Park. Over the course of those brisk walks I learned more about what it means to be a historian than I ever did in the classroom, the library or the archives. How do we achieve that online?

I appreciate that my experience was not the norm; most of my peers lacked a highly invested mentor like mine. But that’s secular graduate school: Jewish institutions of higher learning are heavily influenced by the yeshiva model in which the relationship between student and rabbi is closer, often almost parental in nature.

Our roshei yeshiva and Hasidic rebbes are typically treated with a level of respect that is rarely seen in secular institutions, and a diluted version of that reverence is a significant aspect of the culture at Jewish colleges and universities (many of my students, for example, address me in the third person, a wonderful practice that I can’t quite get my children to adopt). It’s a strong element in the distinct mesorah (tradition) of our schools, and students pride themselves for having the experience of studying under our highly accomplished faculty. We wouldn’t have it any other way.

How can we develop academic discipleship in the online environment? This challenge is even harder than the first because we’re not sure how to develop it in the real world, let alone the virtual world. It seems obvious, however, that discipleship is unlikely to develop if there is no natural, casual space for students and faculty to interact. Drop-in cyber-office hours are the most likely candidate, and the faculty has to be encouraged to maintain clearly posted online meeting times outside of class. Furthermore, professors have to be prepared to discuss things beyond the narrow scope of the curriculum because that’s what masters do for their disciples.

Jewish colleges and universities will find a way to thrive in this online environment.

If you were to pluck a student out of Sura, one of the greatest Babylonian institutions of Jewish higher learning in antiquity, and bring him forward in time to a Jewish college or university in the 21st century, he would have a hard time recognizing our modern campuses as educational settings, and the idea of learning online would probably reach far beyond his conceptual ability.

But the alienation of our Babylonian scholar (almost certainly a “he/him,” by the way) would not be limited to the 21st century: One might argue he would be just as flummoxed by the medieval study circles in 12th century Ashkenaz, the holy society of medical students that formed around Rabbi Moshe Chaim Luzzatto in 18th century Italy, or even the mid-20th century cafeteria in Poland’s Hakhmei Lublin Yeshiva. The shape of Jewish higher education has endured many powerful transformations over the centuries, and there seems to be no reason we cannot thrive under these unusual circumstances just as well. Maybe even better.