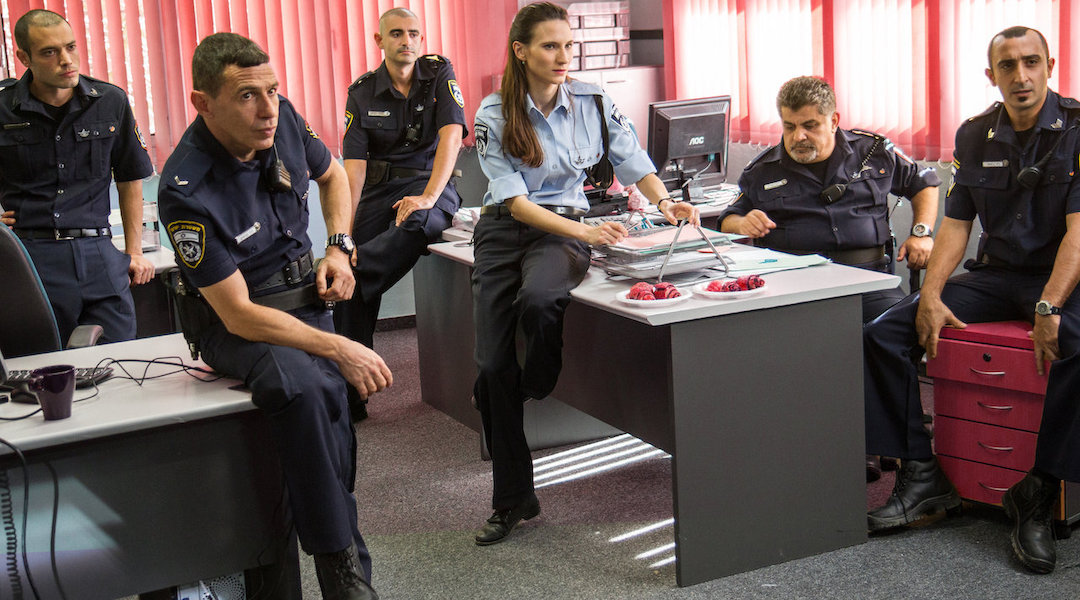 Social distancing and staying inside is hard. Thankfully, accessing good things to watch during this time is not. This is the seventh installation of a weekly column on Jewish movies and TV shows that you should stream in quarantine.

Streams for free on: Netflix

Family friendly? Teenagers and up

(JTA) — Israeli TV is all the rage right now. You’ve probably heard of “Shtisel,” the sensation about a haredi Orthodox family in Jerusalem that swept the world since it premiered on Netflix in 2019, or maybe you know “The Beauty and the Baker,” an enchanting Israeli comedic telenovela (streamable on Amazon Prime for all your romance lovers) which just got an exciting stateside adaptation by ABC.

But one less hailed Israeli show that you definitely should be watching is called “Hashoter Hatov” — Hebrew for “The Good Cop.”

This Israeli police comedy is a delight that turns the toxic masculinity associated with police work — especially in a macho country like Israel — on its head. It’s so great that it already got an American adaptation — one with Josh Groban and Tony Danza at its helm, no less. But the American show couldn’t fully capture the lightness and magic of its Israeli counterpart and fizzled after one season.

“Hashoter Hatov” stars comedy veteran Yuval Semo (known for being a member of Israeli comedy troupe “The Prozac Trio” and a cast member of the Israeli ensemble show “Eretz Nehederet”) as Danny Konfino, a gruff and successful cop who comes from a family of petty criminals. Unsurprisingly, they don’t really respect his penchant for the law.

Konfino lives with his girlfriend and her son until he finds her cheating on him, with a woman. So he winds up back in his childhood home.

Konfino’s mother is played by Liora Rivlin, who is known as one of the leads in “Krovim Krovim,” Israel’s first sitcom from the 80s. She is absolutely spectacular as both a loving mom and sexuality empowered woman. Then there’s Konfino’s father, played by Moshe Ivgy, an Israeli acting legend.

Here I have to stop and say that Ivgy has been accused of sexual harassment by several women, and was convicted earlier this year of indecent assault. At first, this made me question whether I should write about this show. But since the series takes on and dismantles toxic ideas about masculinity and sex, I decided it was still worth recommending.

In the push and pull between appearing authoritative and manly, or loving and gracious, Danny choses the latter, over and over again.

“Hashoter Hatov” was originally conceived as a “Reno 911”-inspired show, but it turned out to be its own creature, one that is a mix of moving and funny, that brings a heartfelt vulnerability to a profession normally thought of as macho. The show was conceived Erez Aviram, a former journalist and veteran writer for “Eretz Nehederet” (Israel’s “Saturday Night Live” equivalent) who has years of an almost anthropological knowledge of the comedic fabric of Israeli society. That in turn makes the show deeply and accurately Israeli.

The show’s brand of humor is heartfelt and infectious. You can feel its spirit in the opening number, which has the troupe of cops do a silly dance across a hallway. It’s deceptively simple, but it’s one of my favorite openings to a show — the cast keeps straight faces and brings out the personality of their characters to a joyfully imperfect musical number.

Like many serialized police shows, “Hashoter Hatov” digs into the personal lives of its heroes, and how those intersect with their professional ones — but there’s nothing glamorous about the daily lives of these broke cops, in a country that also, well, is not exactly into rules and regulations.

Still, the show has a vision of justice, in which friendship and love triumph over being a stickler to the rules.

So if you’re looking to be moved, to laugh and to be distracted from the raging pandemic — “Hashoter Hatov” is your next binge.