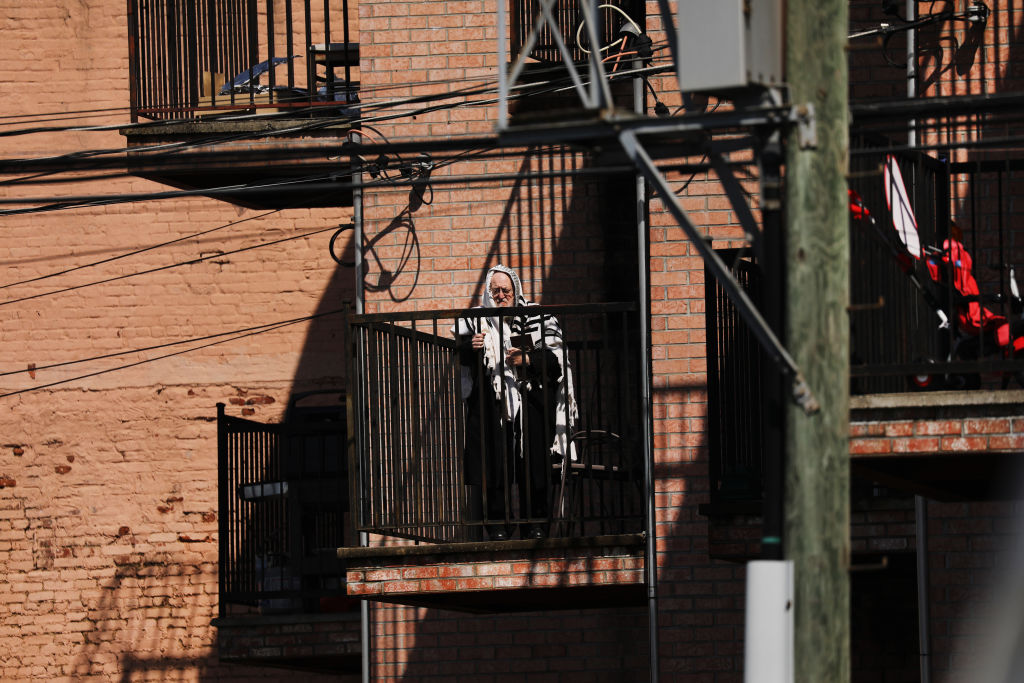 (JTA) – When the coronavirus pandemic first descended on the United States in March, the Orthodox rabbis of Dallas shuttered their synagogues together in a remarkable show of unity.

In April, as the governor of Texas began reopening the state, the rabbis banded together again, telling their congregants that they all would keep their synagogues closed.

But now, as the nation’s lockdown enters its third month, their compact has frayed. This week, the rabbis announced that going forward, each synagogue would decide on its own when to resume in-person services.

“The Orthodox Rabbinate of Dallas have collectively decided that each shul will open at a time and in a way that is best suited for its physical plant and congregation,” the rabbis wrote in a statement published Thursday. “Please note that whenever your shul opens and in which form, one thing will be common to all shuls — the reopening will be gradual, methodical and, in the initial stages it will, sadly, need to be quite different from when we all prayed together.”

The letter offered the latest evidence for an emerging reality: Two months after abruptly ceasing all communal prayer, Orthodox communities across the United States are increasingly divided over when and how to resume this centerpiece of Jewish life.

In Dallas, community leaders are essentially agreeing to disagree about whether it is safe to come back to synagogue. But in other places — including New York’s suburban Long Island, Florida and Ohio — rabbis are openly sparring over whether to permit outdoor minyans, or small-scale prayer services held on porches and lawns.

That Orthodox communities are eager to get back to prayer services is not surprising. Non-Orthodox synagogues have added online Shabbat services and begun allowing prayer quorums to form over Zoom, enabling those who’ve lost a loved one to recite the Mourner’s Kaddish. But Orthodox practice does not allow technology on Shabbat or virtual minyans, precluding observant Jews from fulfilling the religious obligations that form the rhythms of daily Orthodox life.

Rabbis ruled that staying home to prevent the spread of disease was a higher obligation than praying communally during the pandemic’s early days, when it ravaged Orthodox communities in New York and New Jersey. But as time has worn on and other local communities have not experienced the same crisis, rabbis have faced pressure from their constituents to allow minyans to resume with added safeguards. 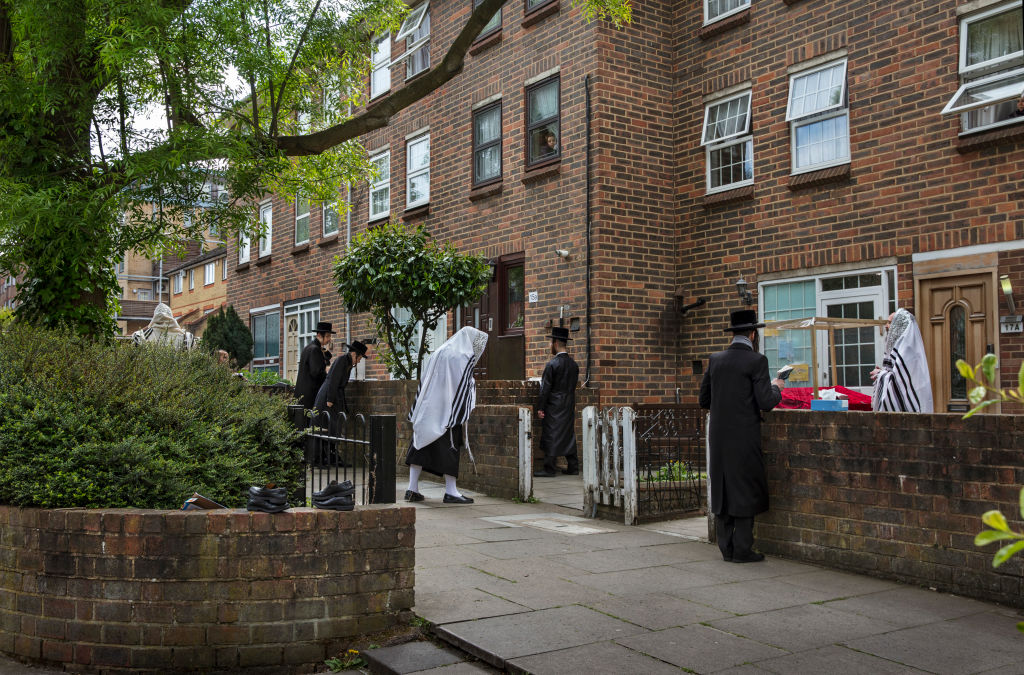 Last week, major Orthodox groups issued two sets of guidance that urged a slow, careful return to in-person prayer services. One set of guidelines, from the more liberal Orthodox Union, took a firmer stand than the other, from the haredi organization Agudath Israel, against resuming outdoor services immediately. But both groups left final decisions about reopening to local rabbis and health officials.

The result has been tension within Orthodox communities, with advocates of devising a pathway back to communal prayer clashing with those who say it’s too soon, and too risky, to reconvene.

It faced swift opposition from other Orthodox rabbis in the area.

“I feel duty-bound to inform people that I am not supportive of the letter,” one of the rabbis wrote, according to the Cleveland Jewish News.

Leaders of a synagogue in Deerfield Beach, Florida, sent a letter to congregants this week sharply criticizing those who gathered for services in what they deemed “rogue minyanim.”

The letter warned that participants in these minyans would be denied honors at the synagogue whenever it reopened.

And the Rabbinical Council of Bergen County, home to a number of large Modern Orthodox communities, released a letter Wednesday saying outdoor minyans “absolutely cannot take place now.” The northern New Jersey group was the first to issue unified rules during the pandemic, shutting down all synagogues under its purview on March 12 as it became clear that an outbreak in the New York City area was spreading within the community.

Perhaps nowhere has the fracture been more pronounced than in areas of Long Island where haredi and Modern Orthodox Jews live side by side on the same tree-lined blocks.

A local synagogue that continued to meet for services stood out so much that a prominent rabbi denounced its leader by name in a fiery lecture on Zoom just before Passover.

Rabbi Hershel Billet of the Young Israel of Woodmere called the rabbi who allowed the prayer service a “danger to the entire community” and promised to personally try to “run this man out of the community.” 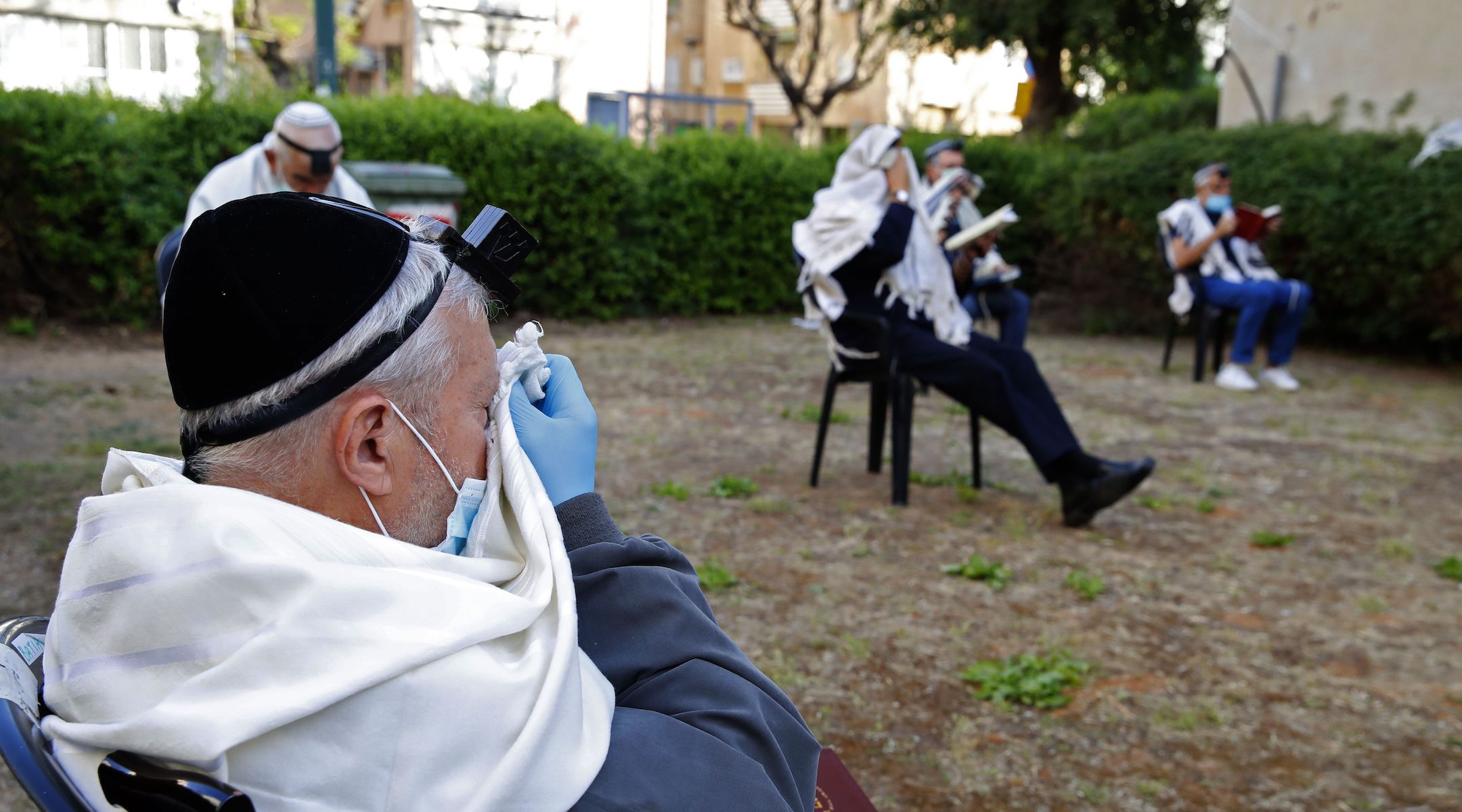 Jewish men pray while keeping distance from each other outside their closed synagogue in Netanya, Israel, April 23, 2020. (Jack Guez/AFP via Getty Images)

Later that month, a group of 57 rabbis from the Five Towns and Far Rockaway signed a letter urging against gathering for outdoor services.

That was three weeks ago. In the past week, several rabbis have begun cautiously approving the practice under narrow circumstances.

The split in this community has fallen along loose ideological lines, with rabbis aligned more closely with the haredi community, often described as ultra-Orthodox, allowing the outdoor minyans while those in the Modern Orthodox camp continue to oppose them.

But there have been some exceptions where the distinctions blur between parts of the Orthodox community.

Rabbis Eytan Feiner and Motti Neuberger of The White Shul, a synagogue in Far Rockaway affiliated with the more modern Orthodox Union, sent a letter to congregants last week allowing outdoor minyans to proceed with restrictions in place.

The letter advised congregants that the minyans could only be held if each family remained on its own property and maintained at least 6 feet of distance from anyone outside his own household.

“Only OUTDOOR Minyanim are permitted,” they wrote.

Rabbi Zalman Wolowik, director of the Chabad of the Five Towns in Cedarhurst, sent a similar letter to his congregation after previously prohibiting outdoor minyans. But Wolowik told the Jewish Telegraphic Agency that he had not participated in such a minyan himself because his house is not situated in a way that would allow it.

“If they can do it right, everybody on their own property … kudos to them if they can do it safely,” said Wolowik, noting that many people are not able to participate in the minyans if they don’t live close to enough people who can participate. “I am their best example – I can’t do it and so I don’t do it.”

But the guidance issued last week by the Orthodox Union and Rabbinical Council of America cautioned that even carefully regulated outdoor services could spin out of control.

“Care must be taken to ensure that this not become a free-for-all,” the guidance said.

One Long Island rabbi who had recently allowed the outdoor minyans wrote to his congregants Thursday warning that his permission would be revoked if the rules for running the minyan were broken.

“I am sad to say that a number of people have called to tell me that the guidelines have already been broken in several ways,” Rabbi Yaakov Feitman of Kehillas Bais Yehudah Tzvi wrote.

It was that possibility that the rules would be broken that led Modern Orthodox rabbis in the community to oppose the practice.

“In theory, one can create a minyan today that doesn’t pose risk,” Rabbi Dr. Aaron Glatt, a rabbi at two synagogues in the area, including Billet’s, and the chief of Infectious Diseases at Mount Sinai South Nassau Hospital, said. “But the question is can that theory be translated into reality.”