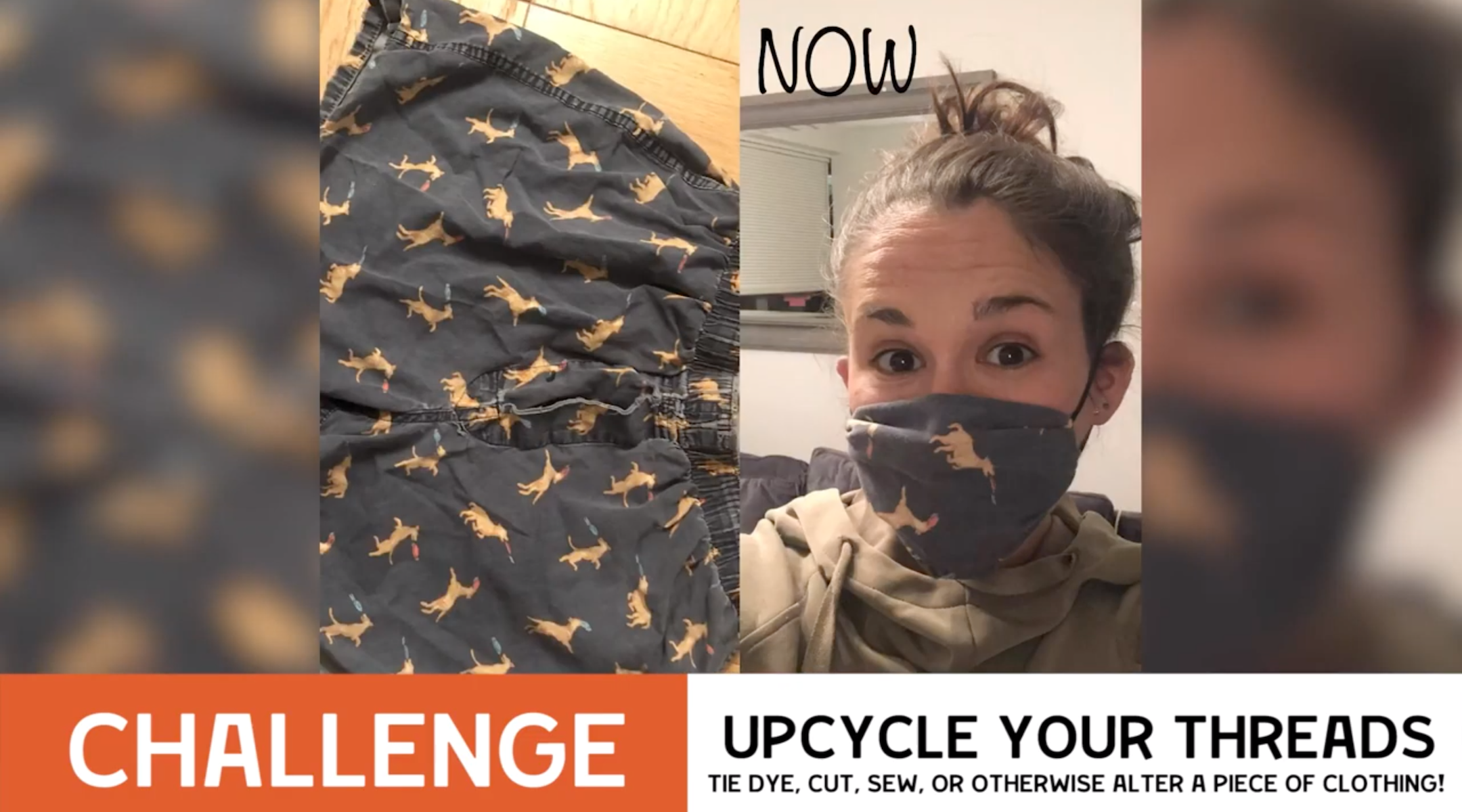 One challenge in Expedition Nai, a global virtual color war for Jewish young adults, was to take a piece of old clothing and turn it into something cool. (Screenshot from YouTube)
Advertisement

(JTA) — Every summer, Emma Kaplan would be assigned a color.

If it was green, she would find all her green clothes. She would paint her face green and gather with hundreds of other green folks.

And then, like Jewish campers across the country, she would go to war — fighting it out on the basketball court and the soccer field, in a three-legged race or a leapfrogging competition. Sometimes she would carry an egg on a spoon, blindfolded.

Few traditions are as universal to Jewish summer camp as color war, where the camps divide into teams by primary color for a day of athletic (and silly) competitions. It’s a tradition Kaplan thought she had left behind five years ago after her last season as a counselor at a Reform movement camp in Wisconsin.

But this year, in her 20s, stuck in her apartment and with a full-time job, she’s doing color war again as part of a five-person team competing with 300 other squads from 28 countries in a global virtual color war. With sports fields off limits and wheelbarrow races impossible, the competition has leaned into the goofier side of color war, inviting participants to give their pets makeovers or record a synchronized swimming performance on Zoom.

“We’ve had a blast,” said Kaplan, who lives in Chicago and works for a Jewish organization. “It’s just silly. It’s a way to rechannel those camp vibes and get reinvested in the things we used to do as campers and counselors.”

Called Expedition Nai, the event is being organized by Camp Nai Nai Nai, a three-day Jewish summer camp for adults that, like many camps, has canceled its 2020 session because of the COVID-19 pandemic. The online color war is intended to connect young people isolated by the pandemic and have them indulge in summer camp nostalgia from their own homes.

Expedition Nai could serve as a model for how the camps that have canceled one after another could operate virtually this summer.

In one event, participants were asked to take an old piece of clothing and turn it into something cooler. One guy made a T-shirt into a tie-dyed crop top. Another made a face mask from an old pair of boxers.

Some tasks aim to get the competitors moving, like Parkour at home, an aerobics workout or producing a music video. Other activities were more Jewishly oriented, such as composing a wordless Jewish melody. Another challenge was to count the Omer, the 49-day period between the holidays of Passover and Shavuot.

“We want to make sure people are practicing self-care or taking a bath or having a meditation practice,” Klig said.

Scoring is relatively straightforward: The more tasks you do, the higher you score. But that’s harder than it seems, as there are dozens of potential tasks to fulfill each week. The most imaginative submissions can win weekly prizes of $100 gift certificates.

Kaplan’s team is called the Adomie Homies. Each team had to incorporate the name of a color, and “adom” is the Hebrew word for red. They kicked off their run with a pretty involved submission, making a video introducing the squad modeled after the opening credits of a 1980s sitcom.

But once the Adomie Homies realized they hadn’t cracked the top 10 in the overall standings, they decided to focus on the tasks they were most excited about. Kaplan is particularly proud of their online synchronized swimming performance, where team members made it look like they were passing a book between their screens.

“We look at the challenges and say, who’s taking what? How are we going to win this thing?” she said. “Suddenly, when the new challenges come out, nothing else matters.”