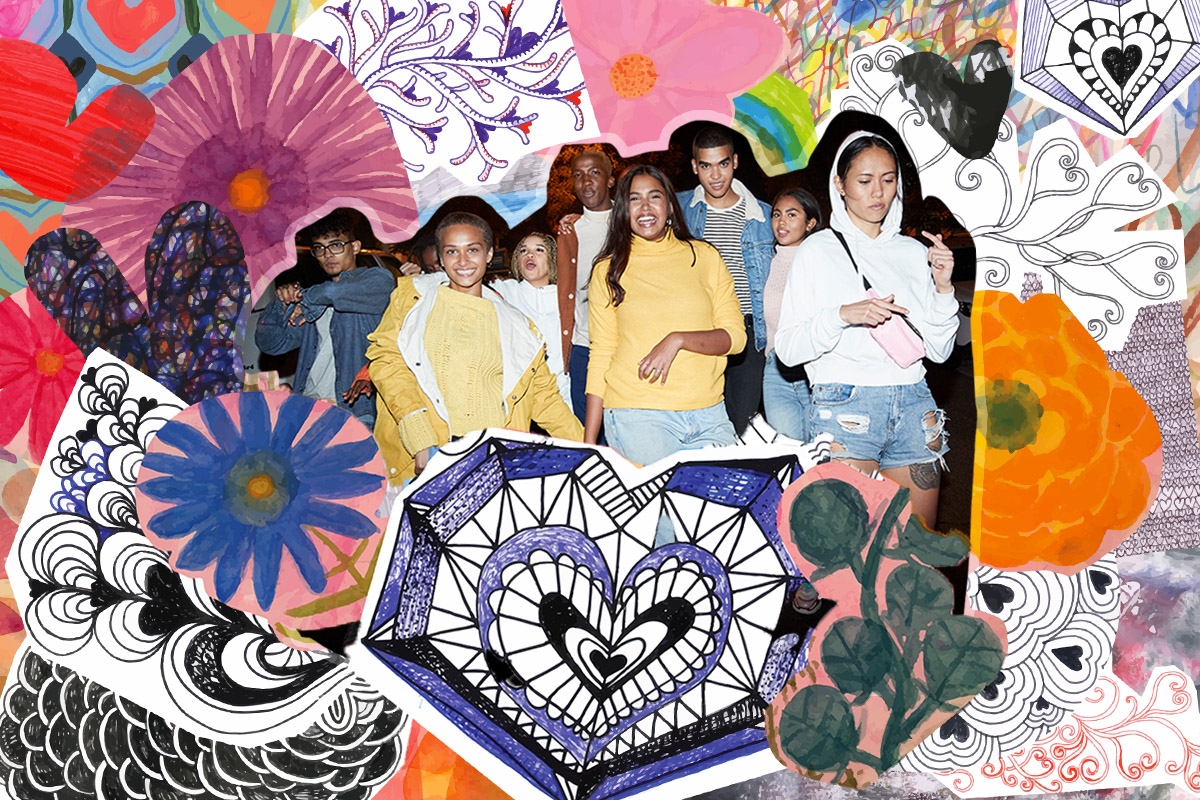 Last week, eJewish Philanthropy, an independent publication serving the professional Jewish community, published an op-ed titled “How Many Jews of Color Are There?” The article argued that current estimates of the number of Jews of Color in the United States, which have been recently estimated at 12-15% of the larger Jewish community, are too high. It also criticized the use of the term “Jews of Color,” arguing that it doesn’t accurately describe the people to whom it refers.

I am one of the originators of the term Jews of Color, and I think it’s time for a history lesson. We haven’t done enough to tell the story of what the term meant to its early adopters, and why it is in continuous use today.

In 2001, Bridges: A Journal for Jewish Feminists and Our Friends published an issue titled “Writing and Art by and for Jewish Women of Color.” The issue’s international team of contributors and editors were Jewish women of diverse heritages and identities, including Indigenous, African-American, Chinese American, Ethiopian, Puerto Rican, Arab, Indian, Peruvian, Yemenite, Mizrahi, Sephardi, Ashkenazi, Mixed Heritage and Jews by choice.

I wrote the introduction for that Bridges issue. “This collection of writings and artwork by Jewish women of color — Jewish women of African, Asian, Latin, and Native American heritages — offers readers a chance to think about racism within the Jewish community,” I began.

“How we name ourselves and our experiences is a place to begin,” I continued, arguing for use of a new term: “Jews of Color.” It was the first time, to our knowledge, that the term had been used in print in a national publication.

Over the next 20 years, a range of initiatives, networks, and organizations have been organized using the Jews of Color framing. We even became an acronym: JOCs! Our work has focused on acknowledging and lifting up the racial and ethnic diversity in our communities, and finding ways to end the exclusion we experience as racial and ethnic minorities within U.S. Jewish spaces.

Some examples of this exclusion mirror racial and ethnic exclusion in the wider U.S. society; for example, the lack of images of people who look like us in educational materials, and the lack of diversity among staff and leaders in our institutions. Other examples are specific to U.S. Jewish spaces, such as the general dearth of acknowledgement of non-Ashkenazi histories, melodies, or nusach (prayer services), and the experience of being mistaken for a waiter or custodian at our own synagogues.

But recently, I have been troubled by what seems to be a growing amount of confusion surrounding this term and how it has been applied in our work to create more welcoming and inclusive Jewish communities.

The idea for the Bridges issue came into being in the late 1990s, when progressives placed great value on multicultural coalitions. “[The term] ‘people of color’ created a basis to do coalition-building among all people targeted by racism as nonwhites,” I wrote. “Using the phrase ‘Jews of color’ can help people think about how some Jews have been targeted by racism because they are of backgrounds other than, or in addition to, European…[and] mindful use of the term ‘Jews of Color’ can be a political act.”

The term was indeed used mindfully by its early adopters — it was our call for a new coalition. It was a tool that we used to crack open the door to conversations about racial and ethnic “minority within a minority” experiences in Jewish communities. It was a nod to the idea that we simply cannot totally disentangle the Eurocentrism in our U.S. Jewish communities from the Eurocentrism in the wider world, nor the various varieties of contemporary American xenophobia from the eternal specter of American racism.

It’s important to note that Jews of Color is a term that was created by women. And it has been in continuous use over decades of women-led organizing. When placed in this historical context, any criticism by men of the term Jews of Color, such as that which was employed in the recent eJewish Philanthropy article, is also a gendered criticism.

In 2004, Sarah Tauber, current professor at the Jewish Theological Seminary’s Graduate School of Education, wrote a beautiful review of our Bridges issue. In it, she made a bold statement: “These women-speakers and subjects claim a voice, a place, and a role in how Jewishness as an identity will be imagined, and thus defined, in the twenty-first century.” She was right. It is no exaggeration that many of the women who were doing early work in this area have had an outsize impact on Jewish life in 2020. As our communities and our work have grown over time, so has the experience of naming ourselves. But one thing has remained constant: The work continues to be led by mostly women.

Twenty years ago, I couldn’t have imagined the incredible work of then-future generations of Jewish diversity leaders, or their own journeys of self-naming. I now understand better that the act of naming ourselves is an ongoing process that happens through shared experience — like a river that, as it flows, will continuously change its surroundings as well as be changed by them. Today there are folks mobilizing as “Jews of Color,” “Jewish People of Color,” “Jewish Women of Color,” “Jews Targeted by Racism,” “Jews of the Global Majority,” “Jews of Color Indigenous Sephardim and Mizrahim,” “Black Indigenous Jews of Color Sephardim and Mizrahim,” and each of these terms has been generated through shared experiences of people doing the work. And the list will continue to grow, as long as there is a need to name the marginalization we experience.

I don’t know that any of us early adopters of the term Jews of Color foresaw the way that the uses and understandings of the term would evolve. I certainly did not anticipate how the term would become essentialized and even weaponized by those who think they know better than we do about the names we have chosen for ourselves and our own damn lives.

Africana scholar Wade W. Nobles has written about self-naming as an act of cultural resistance, essential to psychological protection and well-being. He describes such cultural resistance as a tool for “being family and being awesome in a hostile, toxic…reality” that would deny Black people our humanness. In our continued work to eliminate the ways that racism impacts our Jewish communities, let us lift up the act of Jews of Color naming ourselves, as a way of being family and as a way of being awesome in the face of the hostility and toxicity of racism.

Shahanna McKinney Baldon
is director of the Edot Midwest Regional Jewish Diversity Collaborative. A longtime Wisconsin educator in both Jewish and public education, Shahanna has been a Jewish diversity advocate and thought leader for over 20 years.
The views and opinions expressed in this article are those of the author and do not necessarily reflect the views of JTA or its parent company, 70 Faces Media.