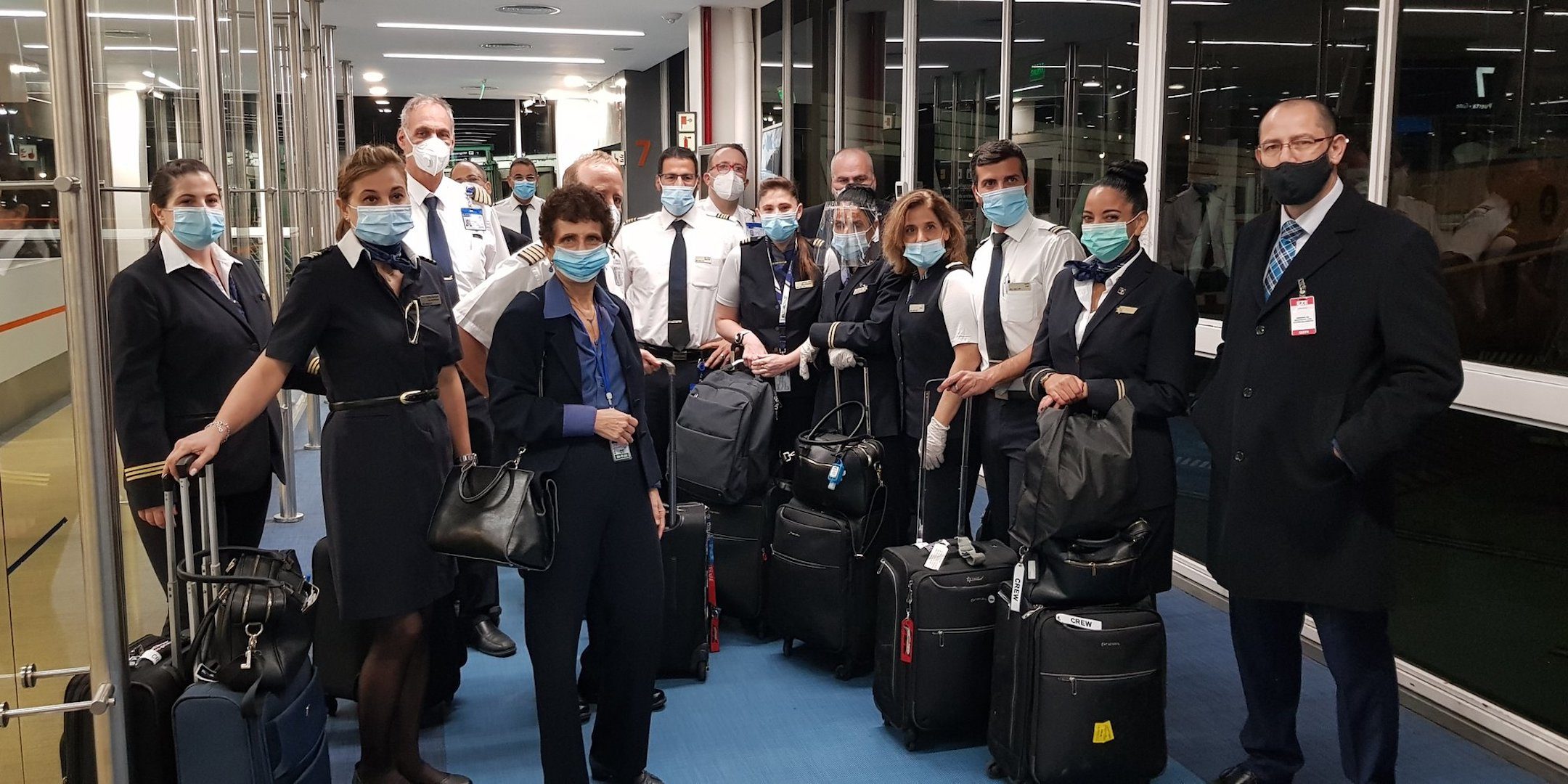 Israel's ambassador to Argentina Galit Ronen, center, in blue collared shirt, with the crew of a special direct flight from Tel Aviv to Buenos Aires bringing rabbis to certify meat as kosher. (Courtesy of the Israeli Embassy in Argentina)
Advertisement

Under typical circumstances, as many as 15 Israeli rabbis travel to Argentina twice a year and stay for a few months because there aren’t enough local rabbis with expertise in kosher slaughter to handle the volume of meat that is exported to Israel. But Argentina has banned all incoming commercial flights since March 20, and only Argentine citizens are currently allowed to enter the country.

The team of Israeli rabbis will work in six industrial facilities.

Argentina is the world’s fifth largest beef exporter and Israel is one of its largest buyers. In the first three months of the pandemic, 8,500 tons of meat have been exported to Israel, but a shipment of 15,500 tons is pending for a total of some 24,000 tons this year. The export in its entirety is valued at approximately $170 million.

“The Israeli market is of vital importance, as it has shown an upward trend in recent years and a price differential of 42% compared to the rest of the markets,” Argentine Foreign Minister Felipe Sola said Monday in a statement.

The direct charter flight from Tel Aviv also returned 43 Argentines who had been in Israel.

It’s only the third-ever direct El Al flight between Israel and Argentina.

On May 19, 1960, a special Israeli delegation headed by government minister Abba Eban came to Buenos Aires to participate in the 150th anniversary celebration of Argentine independence. The flight returned on May 22 with Nazi war criminal Adolf Eichmann on board after he spent nine days in captivity in Buenos Aires.