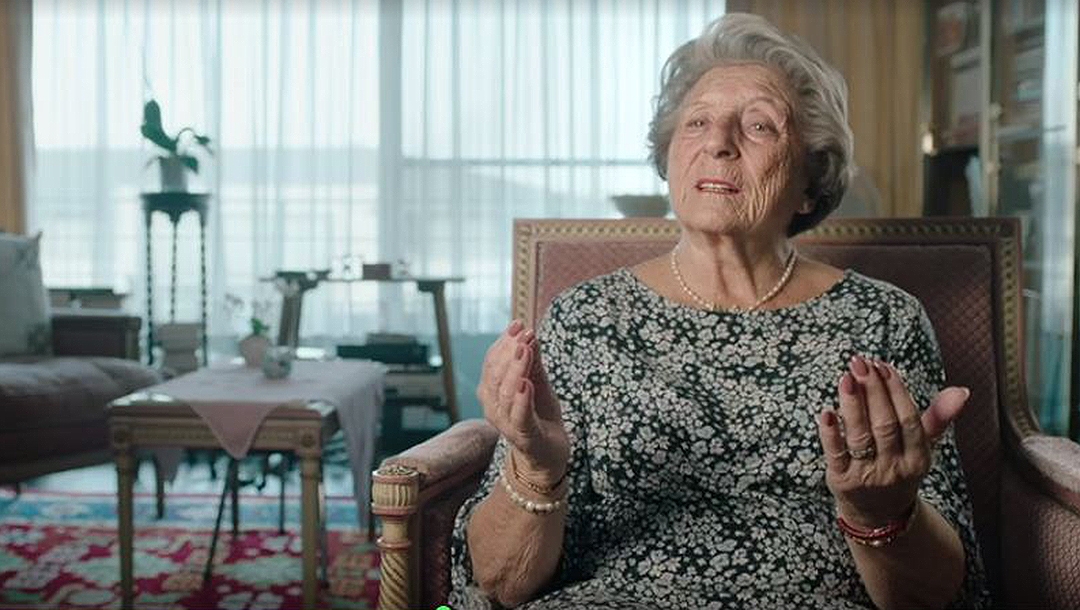 Holocaust survivor Regina Sluszny tells VRT about her feelings toward Israel during filming in 2019 for the Belgian documentary “Children of the Holocaust.” (VRT)
Advertisement

The claim was aired on May 26 in a voiceover narration in the fifth episode of the Dutch-language television documentary series titled “Children of the Holocaust” produced by the VRT broadcaster.

After seven Arab armies declared war on and invaded Israel in May 1948, “Israel’s army systematically destroyed Palestinian villages, expulsed the population and destroyed their homes,” the narrator said about the days following the end of the British Mandate over Palestine.

In the civil war between Arab and Jewish residents of the Mandate that preceded the Arab invasion, “Jewish militias perpetrated massacres in 20 Palestinian villages, prompting hundreds of thousands of Palestinians to flee,” the narrator says in the 48-minute episode.

The series mentions neither Arab killings of hundreds of Jewish civilians in the years 1947-49 nor dozens of Arab settlements that were left intact and incorporated with their residents into the State of Israel.

The Forum of Jewish Organizations of the Flemish Region in a letter to VRT protested the depiction and disputed its assertion on “massacres” by Jews.

“This objectionable and demonstratively inaccurate presentation implicitly subtracts from the messages of the Holocaust survivors” interviewed, Hans Knoop, the Jewish group’s spokesperson wrote.

Holocaust survivor Regina Sluszny, who was interviewed for the documentary, asked VRT to correct the controversial assertions.

Israel’s ambassador to Belgium, Emmanuel Nachson, in a letter to VRT called the claim “irrelevant politicization.”

VRT editor-in-chief Geert Clerbout defended the statements, saying it was vetted by “four Flemish professors with great expertise on the subject.”

VRT has been implicated in numerous controversies involving its treatment of Israel and World War II.

In 2008, the broadcaster pulled an ad for a travel show featuring Adolf Hitler.

In 2015, VRT aired without further commentary a guide at the Auschwitz former death camp telling listeners about Israel: “I am an anti-Semite because I think it is a scandal that cannot be permitted. It cannot happen.”