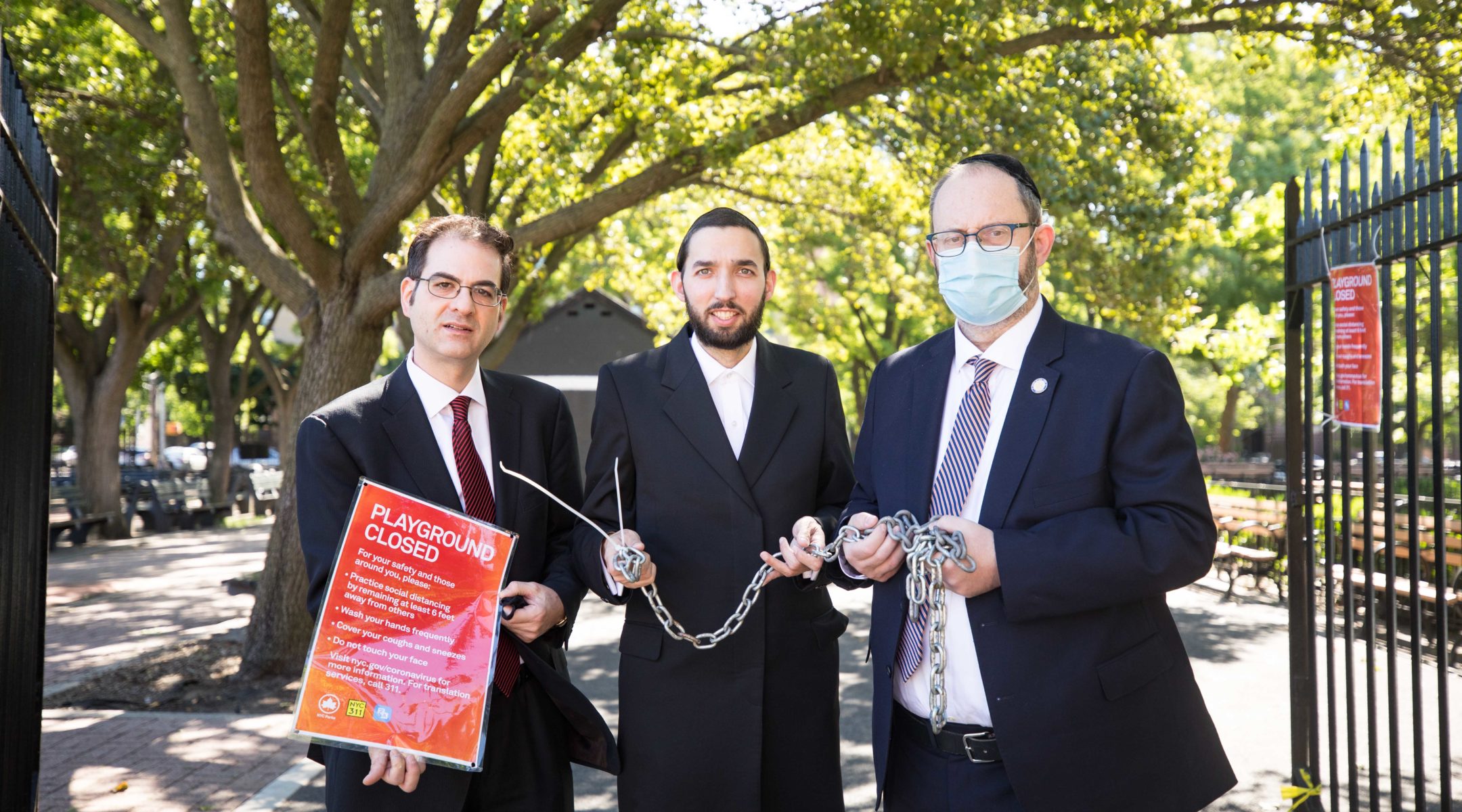 (JTA) – In the space of just 48 hours, Orthodox lawmakers in New York have gone from calling on the city’s mayor to open playgrounds, to threatening to open the parks themselves, to actually cutting the chains off a Brooklyn playground.

Happening now in Borough Park: Assemblyman Simcha Eichenstein and Councilman Kalman Yeger — along with activist Heshy Tischler — breaking into locked up Dome Park in message of defiance to @NYCMayor https://t.co/SEZBjfbwie

Tuesday morning’s action was the latest in an evolving battle over the reopening of city playgrounds as Orthodox families face a long summer in crowded apartments without sleepaway camps for their children.

While New York Gov. Andrew Cuomo has allowed local governments to open playgrounds as they see fit with the state moving toward reopening, New York City Mayor Bill de Blasio has declined to open them, citing his fears that playgrounds could serve as vectors of disease as the city battles the coronavirus pandemic.

The mayor’s decision set up a battle that quickly brewed into a war. The three Orthodox lawmakers headlined a protest Sunday calling on de Blasio to reopen the playgrounds. By Monday evening, Tischler had cut the chains on one playground and Felder issued a threat: If the mayor did not reverse his decision, he and his fellow Orthodox lawmakers would take matters into their own hands.

By Tuesday morning, they did just that.

“We’re not going to allow people to take the law into their own hands,” he said, though he was not asked and did not comment on the fact that elected officials had participated in the chain cutting themselves.

Speaking by phone later Tuesday morning, Yeger told JTA that police officers arrived on the scene after the chains were removed and asked who had cut them. He cautioned the group against answering the question. “I think there’s enough going on in this city to keep police officers busy than what’s going on in a park,” Yeger said. No arrests were made.

Several notable Republicans weighed in on Twitter Monday night with statements of support for Tischler and the protesters.

And this from Scott Walker, the former governor of Wisconsin: “I love it. Since it was a protest, it must be okay …”