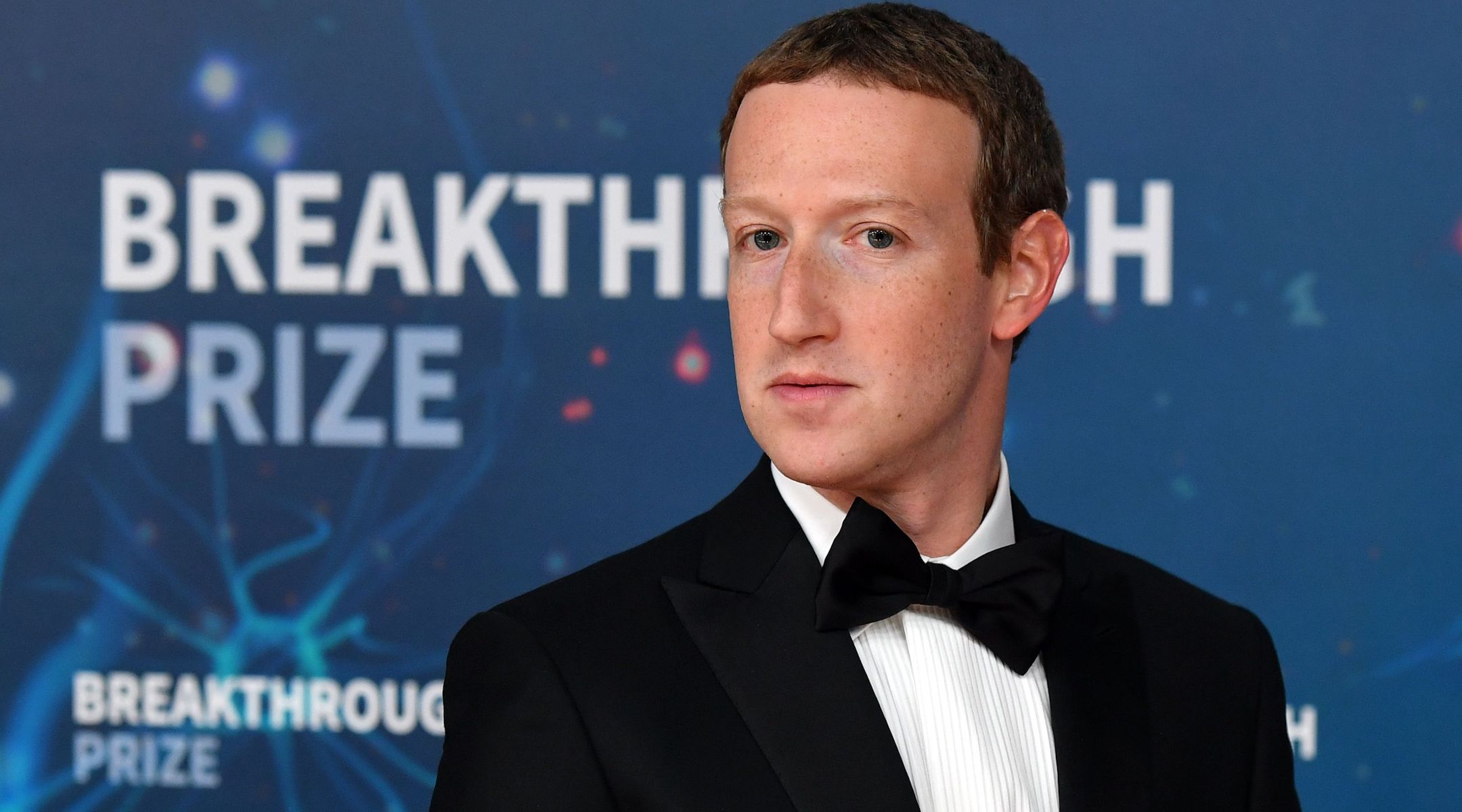 Mark Zuckerberg, seen in 2019, has repeatedly stuck by his hands-off approach to problematic speech. (Josh Edelson/AFP via Getty Images)
Advertisement

(JTA) — The Anti-Defamation League, along with the NAACP and other civil rights groups, is calling on corporations not to advertise on Facebook in July because of the social media platform’s unwillingness to police hate speech.

The campaign, which launches Wednesday with a full-page ad in the Los Angeles Times, charges that Facebook has not done enough to combat hate and disinformation on its platform. It points to CEO Mark Zuckerberg’s repeated refusal to moderate posts for misinformation, even as extremists have used the platform to incite to violence, and criticizes the social networking giant for allowing President Donald Trump’s recent misleading posts regarding mail-in ballots, even as Twitter appended a fact-check to those posts.

Also, the campaign faults Facebook for designating Breitbart a trusted news source and the Daily Caller a fact-checker even though both publications have worked with white nationalists.

Facebook earned nearly $70 billion in ad revenue in 2019, comprising more than 98% of its total revenue.

“Could they protect and support Black users?” the Los Angeles Times ad reads. “Could they call out Holocaust denial as hate? Could they help get out the vote? They absolutely could. But they are actively choosing not to do so.”

An ADL spokesperson told the Jewish Telegraphic Agency that the campaign is not targeting any specific Facebook advertisers. It is also demanding that the company do more to respond to users who are the victims of targeted harassment, including enhancing its moderation of posts.

The ADL has has called on tech platforms for years to do more to combat hate. Recently the group has taken particular aim at Facebook, the most widely used platform in the world. In November, the ADL hosted comedian Sacha Baron Cohen for an address excoriating Facebook for allowing hate speech.

“We have long seen how Facebook has allowed some of the worst elements of society into our homes and our lives,” CEO Jonathan Greenblatt said in a statement about the ad campaign. “Our organizations have tried individually and collectively to push Facebook to make their platforms safer, but they have repeatedly failed to take meaningful action.”

In October, following the attack on a synagogue in Halle, Germany, the ADL accepted a $2.5 million donation from Facebook’s COO, Sheryl Sandberg. In a statement accepting the donation, Greenblatt said he was “grateful for her commitment to fighting hate in all of its forms.”

This week, an ADL spokesperson told JTA that “ADL’s decisions about our policy positions and projects are independent from all of our donors, including Sheryl Sandberg. Her support has never been conditional on our engagement with Facebook or any other technology company.”

The no-ad campaign is demanding a range of actions from Facebook. They include special moderation procedures for people who are targeted because of their identity, as well as live moderators who can speak to users who have experienced a high level of harassment. Facebook must remove all ads labeled as misinformation or hate, the participating groups say, and release data about how many reports of hate speech it received and what actions were taken in response.

Zuckerberg has repeatedly stuck by his hands-off approach to problematic speech. In July, he told Vox that he would allow Holocaust denial on the platform. Months later, in an address to Georgetown University, he said, “Our values at Facebook are inspired by the American tradition, which is more supportive of free expression than anywhere else.”

In response to that stance, critics have said Facebook must do more to police false or potentially inciting statements, including from Trump. After allowing Trump’s tweets on mail-in ballots, Zuckerberg told Fox News that Facebook should not be “the arbiter of truth.” Days later, after the social network allowed another Trump post that said “when the looting starts, the shooting starts,” some employees staged a virtual walkout.

On June 5, Zuckerberg posted on Facebook that the company would review its policies around threats of state use of force and voter suppression.

Along with the ADL and the NAACP, the campaign is being sponsored by the organizations Sleeping Giants, Color of Change, Free Press and Common Sense.