At a German train station, a unique memorial is dedicated to Jews deported to their death 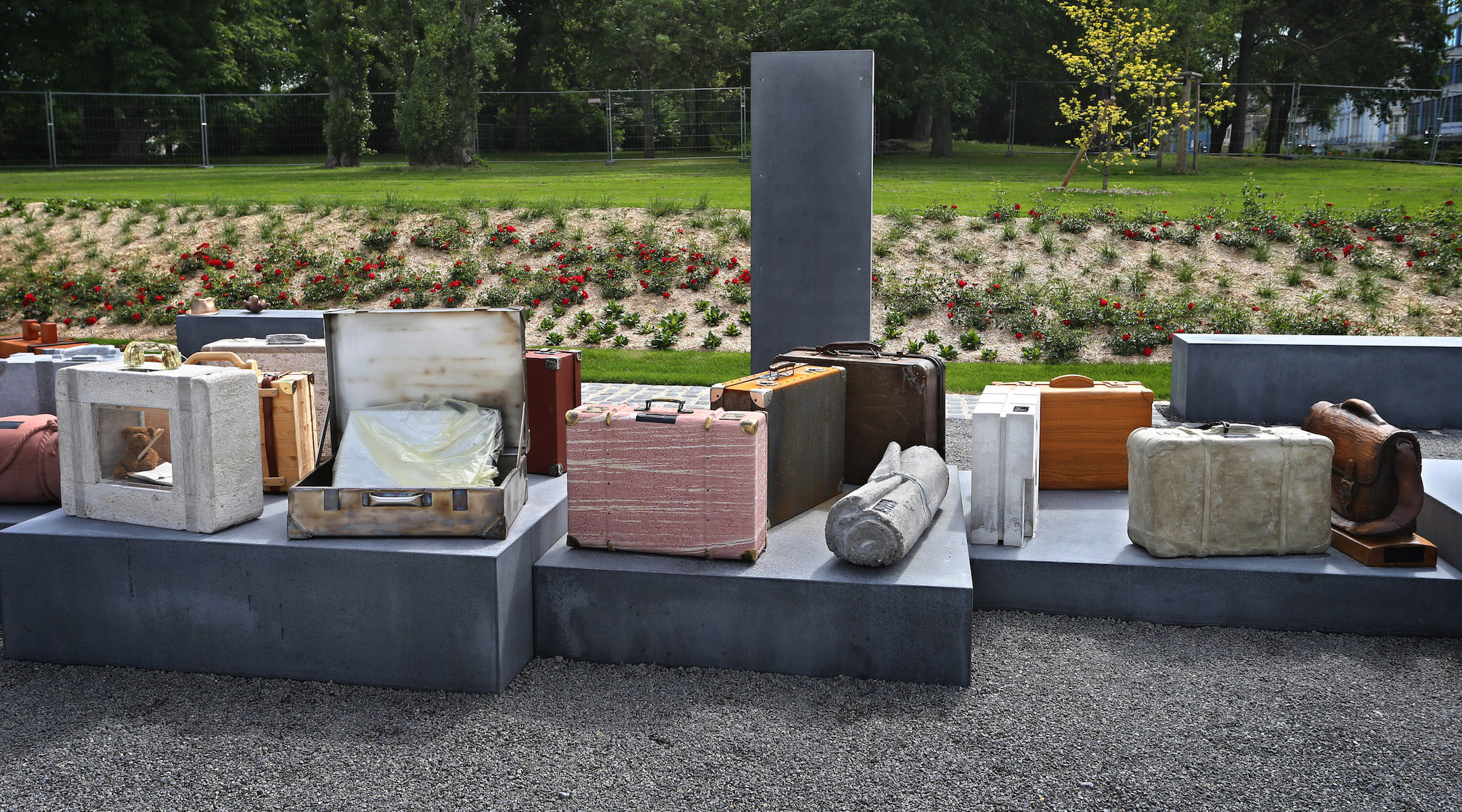 Stylized pieces of luggage stand at a memorial for deported Jews in front of the main station in Wurzburg, Germany. The abandoned suitcases are intended to symbolize the loss and disappearance of Jews and their religious communities during the Nazi era. (Karl-Josef Hildenbrand/picture alliance via Getty Images)
Advertisement

BERLIN (JTA) – Nearly 80 years after the last train sent Jews to almost certain death from the main railway station in Wurzburg, a memorial to those who perished was dedicated in the German city.

The memorial, designed by artist Matthias Braun, features a collection of suitcases, backpacks and assorted travel gear made of stone, ceramic and other materials.

The luggage – its owners unseen – stands in front of the main station. Nearby are information steles with historical photos.

In a modern twist, one can scan QR codes on the luggage to learn about the Jewish population and history of each town that had someone deported on a train to the Theresienstadt concentration camp outside Prague, in then-Czechoslovakia.

Each sculpted suitcase has a twin in one of those towns.

Josef Schuster, president of the Central Council of Jews in Germany and a Wurzburg resident, told Germany’s main Jewish weekly, the Juedische Allgemeine, that the memorial was likely the first in Germany to feature related monuments “at the central place of remembrance and in the local communities.”

Schuster, in fact, inspired the idea to have a memorial with separate branches, according to the newspaper.

The last major deportation from the Wurzburg station took place in June 1943.

Before the Holocaust, the Lower Franconia region reportedly had the highest density of Jewish communities in Germany. Between 1941 and 1944, some 2,069 Jews were deported from the area to Theresienstadt.

For the project, local artists were asked to create a symbolic piece of luggage in all 109 towns in Lower Franconia that had prewar Jewish communities. So far, 69 towns have participated.

One suitcase does not refer to a particular town. It is open and contains the poem “Little Ruth,” by the Israeli poet Yehuda Amichai, whose family fled Germany in the 1930s. The verse is dedicated to his childhood friend Ruth Hanover, who was murdered in the Sobibor death camp in Nazi-occupied Poland.

Another component of the memorial is an ongoing youth education project, started in 2018, that focuses on lessons to be learned from the history.

Due to social distancing measures designed to hinder the coronavirus pandemic, only about 50 people attended the ceremony – the legal limit for now. It was livestreamed on the website of the project initiators, DenkOrt Deportationen.