NYC playgrounds will open next week, ending protests by Orthodox Jews who have demanded access 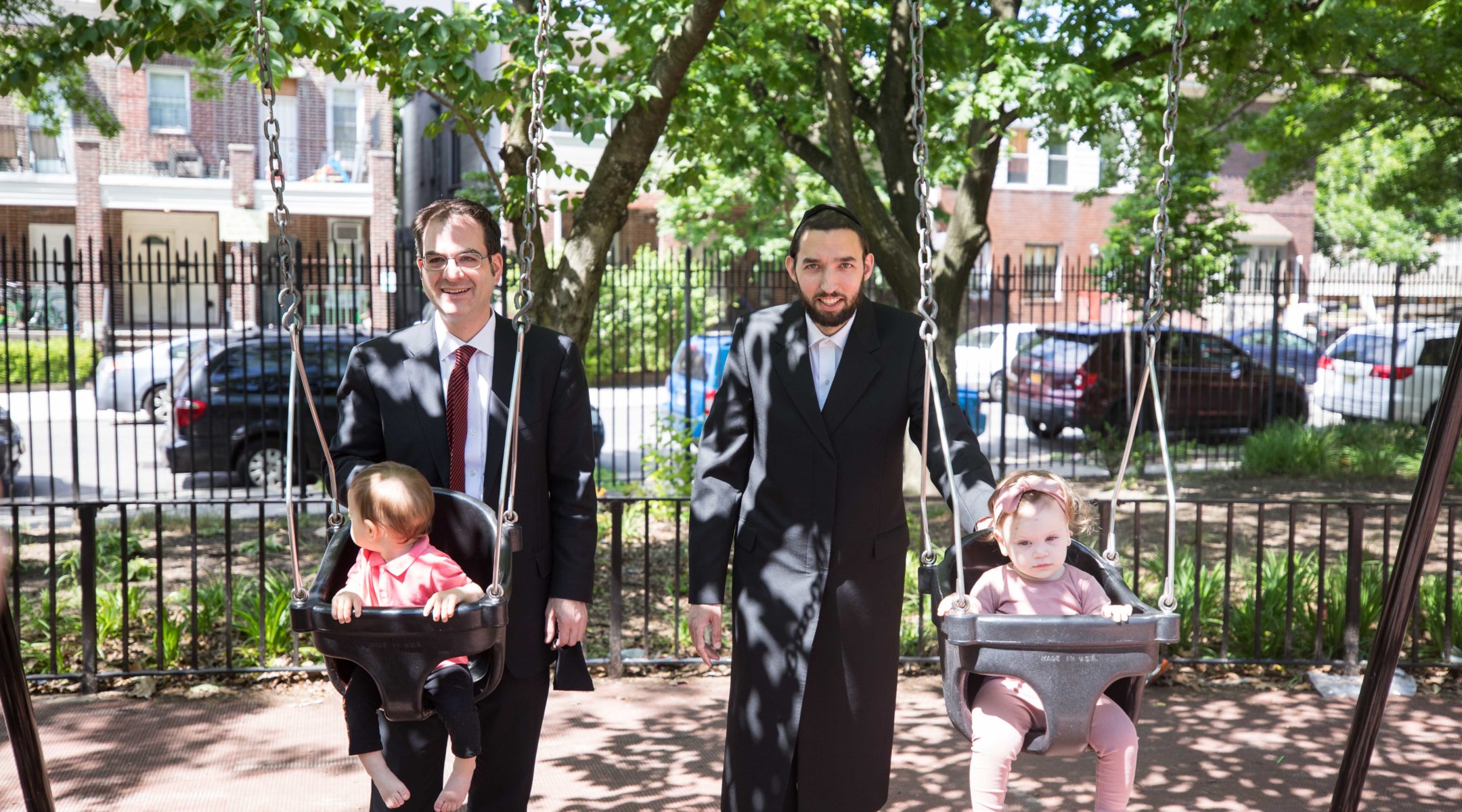 The decision comes as the city moves into its second phase of reopening after shutting down in mid-March because of the coronavirus pandemic.

Orthodox lawmakers and community leaders held a protest Sunday calling on the mayor to reopen the parks. By Monday, State Sen. Simcha Felder said he would go ahead and cut the chains off the playgrounds himself, along with state Assemblyman Simcha Eichenstein and City Councilman Kalman Yeger.

On Tuesday morning, the three lawmakers did just that, cutting the chains off a playground gate and ushering passersby into the parks.

“Parks in a lot of surrounding neighborhoods are open for business as usual,” Yeger told the Jewish Telegraphic Agency on Tuesday. “Why is it that our parks are still closed?”

In fact, other parks were not open for business as usual: All playgrounds in the city remained officially shuttered on de Blasio’s orders, even after Gov. Andrew Cuomo said last week that local mayors could decide to let children back onto playgrounds. The city never closed green spaces but cut off access to some that include playgrounds, whose climbing equipment can be a vector for coronavirus transmission.

The mayor’s announcement Thursday was in line with his previous statements on the timing of reopening playgrounds.

“We’re doing this so that we can get to phase 2 and beyond,” he said in a briefing Wednesday. “So, I know it’s not easy, but people have to understand there’s a reason for these rules. It’s to help us move forward.”