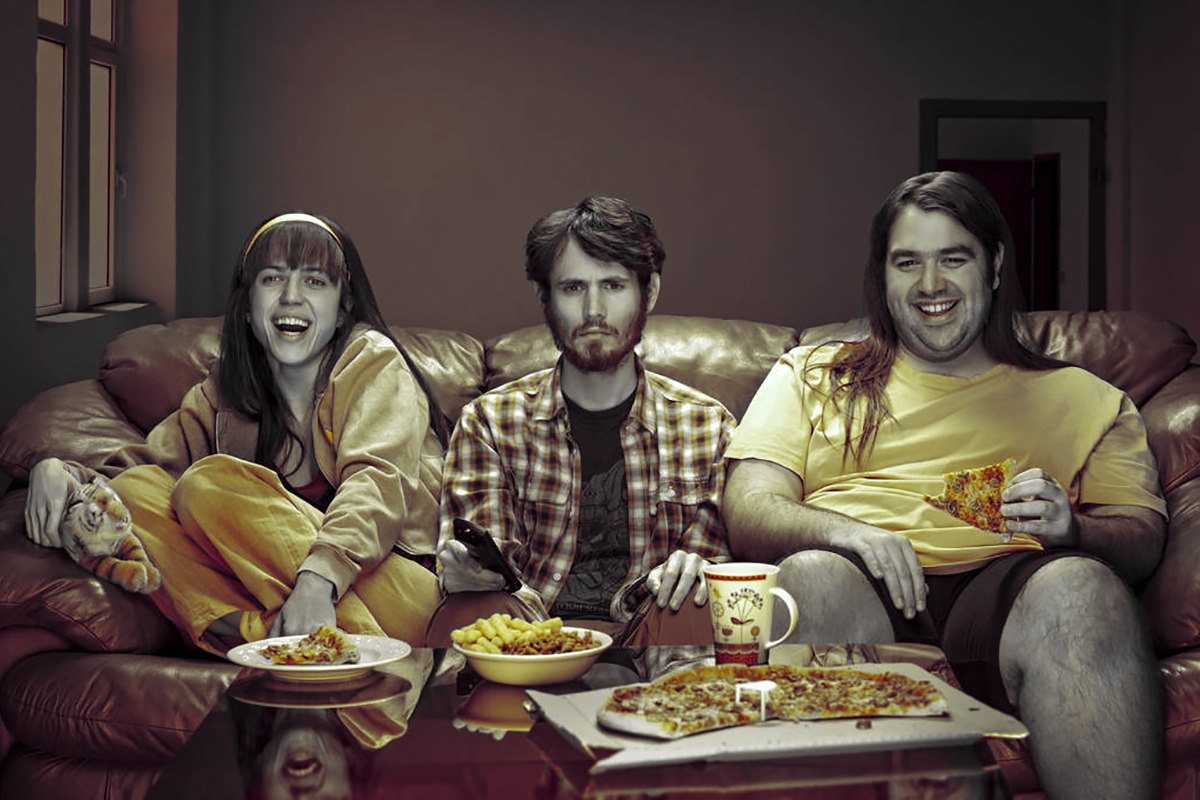 A scene from "On the Spectrum" (Yes! TV)
Advertisement

“On the Spectrum” may be one of the most critically lauded Israeli shows ever.

Sure, “Fauda,” about Mossad operatives, and “Shtisel,” the Netflix hit about a haredi Orthodox family, are both whirlwind international successes. But “On the Spectrum” — a dramedy about three roommates who live together in a hostel apartment for autistic individuals — has received amazing international acclaim in a way those shows have not.

It was the first Israeli show to be accepted into the Tribeca Film Festival — and the only non-English show at the festival that year, 2018. “On the Spectrum” also took the jury’s grand prize at the 2018 Series Mania Festival and has won major awards at the Monte Carlo TV Festival.

So it’s not surprising that the show, created by Dana Idisis and Yuval Shuferman, is getting an American adaptation, as an Amazon show helmed by Jewish showrunner Jason Katims. Katims is no stranger to portraying autistic characters;  he created Max Braverman, a character on “Parenthood” with Asperger’s (played by member of the tribe Max Burkholder) who was somewhat inspired by Katims’ own son.

Aside from its critical acclaim, I’m sure Amazon executives know there’s another great reason to pick up “On the Spectrum”: TV viewers love shows with autistic characters. “The Good Doctor,” based on an honestly problematic Korean drama about an autistic Korean savant, is one of the most popular shows on ABC now. “Atypical,” a Netflix show about an autistic teen with an obsession for animals and incredible drawing skills (a nice departure), has been renewed for a fourth season.

But even if I find these widely beloved shows highly entertaining, one thing I know is that autistic representation on TV is, well, not really representative, and at times quite problematic. The characters often seem like human calculators, and as Sara Luterman, a disabled writer, mentions in this great article about Cynthia Erivo’s character in “The Outsider,” the majority of these autistic characters are white and male. (Shows like “Atypical,” Luterman also rightfully asserts, are strangely tolerant of their characters’ misogynist behaviors.)

Many shows about autism also focus on the difficulties that neurotypical family members have with accepting their neurodiverse children or siblings, like in the Israeli show “Yellow Peppers,” adapted by BBC into “The A Word.” Again, this type of framing, while relatable for many families, makes autistic individuals into burdens. Ultimately it makes the drama of “coming to terms” with being related to someone on the autism spectrum more important than showing the experience of navigating the world for people who are neurodiverse.

So is “On The Spectrum” more representative of actual life with autism? Idisis, the Israeli creator, whose brother is on the autism spectrum, certainly seems to have tried to make a show that was different.

“Yuval and I didn’t want to tell a story about those with special abilities,” she said, alluding to so many depictions of autism in pop culture, like “The Good Doctor” and characters like Sheldon from “Young Sheldon” and “The Big Bang Theory,” who all seem to have savant skills — which are not inherent to all individuals with autism. “This is about day-to-day life and the issues of relationships, dating and job interviews. This all makes it different from other shows.”

“It was always important to adhere to the angle of conversation,” Idisis told The Times of Israel, “not to tell the stories of the caretakers, but the people themselves.”

The cast and crew worked closely with a Beit Ekstein hostel for autistic adults, a residence that helps young adults transition into independent living, to make sure their portrayals were accurate. The men and women they met there urged the creators not to make their characters into saints or fools. Instead, they urged them to show that the full spectrum of autism is the full spectrum of human experience, too.

But Ronen Gil, the co-founder of ACI, the Autistic Community of Israel, says he had to stop watching “On the Spectrum” after two episodes.

“All I saw was clean and pure stereotype, with a little bit of a flavoring of stigma,” he says.

Sola Shelly, the chairperson of ACI, also agrees the show did nothing to represent the autistic community in Israel.

While the showrunners and cast talked to individuals at Beit Ekstein, in the end, the Israeli “On the Spectrum” was only staffed by neurotypical people — both off and on the screen. That’s an inherent flaw in so many shows depicting autistic characters. Yes, “The Good Doctor” has Jewish autistic actress Vered Blonstein guest star as Lana Moore, but its main character is still played by a neurotypical individual. The same goes for “Atypical” and countless of others shows and movies that have autistic characters — be they large roles or small, all are played by neurotypical actors.

One of the first shows to cast an autistic actor as a central autistic character is Freeform’s “Everything Is Gonna Be Okay” — and it is truly delightful. Kayla Cromer’s Matilda is a charming and incredibly relatable character — and her “struggles” with autism, while aptly portrayed, are not a central part of this wonderful character and show. But one show is just not enough.

In that respect, the American version of “On the Spectrum” will definitely be a game-changer, as all three of its main cast members identify as on the spectrum: Rick Glassman, Sue Ann Pien and Albert Rutecki.

Glassman, a Jewish comedian, was diagnosed with Asperger’s as a child.

“As a kid, I didn’t intuitively pick up on facial recognition too well,” Glassman, 35, told the News Herald. “I didn’t know how I was received. What I realized as I got older: I think I’m annoying people or making them uncomfortable. My boundaries don’t seem to be their boundaries. Also, I don’t understand what a boundary is.”

He added: “What I figured out was by doing comedy and weird stuff, if people think I’m going to be weird — even if I wasn’t conscious of this at the time — I’m going to control the situation. I’m going to beat them to the punch.”

Though having Glassman bring his lived experience to the American version of the show is wonderful, and an important step toward representation, some worry that it’s not enough.

Katims is the only writing credit on the show so far, and Luterman, the disability writer, says that’s of some concern. As Katims fills the writer’s room, she offers this advice: “People often treat parent stories and autistic people’s stories like they’re interchangeable. They’re not.

“Think about driving a car,” she says. “Your parents are going to describe your driving differently than you would. They have a particular perspective. There are very few autistic people telling our own stories in mainstream media. I hope Jason Katims hires autistic writers and lets them take the lead in the writer’s room.”

Gil agrees that it doesn’t really matter who the actors are. Citing films like “Snow Cake” and “Mozart and the Whale” as better representation, “it’s all about the scripts and the direction,” he says.

“I think the best representation of autistic people on television comes out of having characters with real plots and motivations that aren’t just about autism,” Ari Neeman, who advises the ACLU on disability, tells me when I ask him about what good representation on TV entails. While he has not watched “On the Spectrum,” he says that excellent examples are Abed in “Community” and Brick from “The Middle.”

“Nobody wants a 30-minute public service announcement,” Neeman says. “So the question I’d want to explore in discussing any piece of media isn’t just whether it’s offensive —  it’s whether autistic people are portrayed with the same complexity and nuance that is needed for showing a whole person.”

Will the American version of “On the Spectrum” achieve this? We don’t know yet, but we sure hope so.