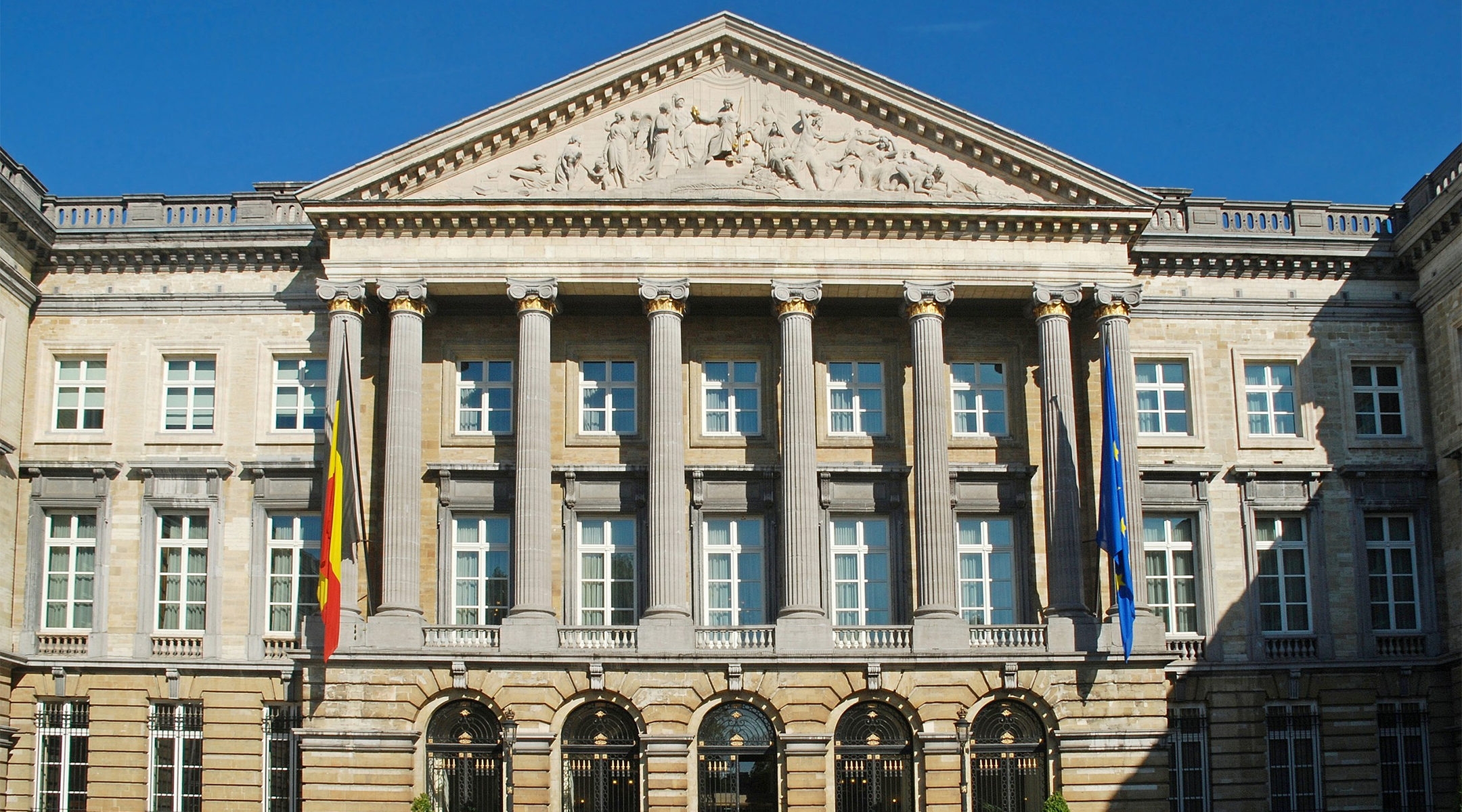 The Chamber of Representatives in Brussels, Belgium (Wikimedia Commons)
Advertisement

(JTA) — Some lawmakers in the Belgian parliament want to play the sanctions card on Israel should it follow through on stated plans to annex part of the West Bank.

The lower house, the Chamber of Representatives, passed a nonbinding resolution on Friday morning calling on the Belgian government to push for the European Union to draw up a list of countermeasures against Israel if it “annexes occupied” territory.

Though likely a symbolic gesture, it’s the first official public reference to sanctions on Israel by a legislative branch of an EU member state.

There were no votes against the resolution in the chamber, which has 150 members — 101 lawmakers voted for it and 39 abstained.

The resolution states that the Chamber of Representatives asks the federal government to “play a leading role in the European and multilateral levels for the creation of a list of effective countermeasures, which are a response to any Israeli annexation of occupied Palestinian area.”

The European Union has expressed its opposition to Israel’s stated plans to apply Israeli civilian law to parts of the West Bank that Israel now controls under military law. Prime Minister Benjamin Netanyahu has said the annexation could start as early as July 1.

Thus far, the EU and the governments of its member states have refrained from threatening Israel with sanctions or countermeasures, as the Belgian resolution calls them.

The resolution notes the application of “economic restrictions” placed by the European Commission, the executive branch of the European Union, against Russia for its annexation of Crimea in 2014.

Submitted by three members of the opposition Ecolo-Green party, the document also states that the federal government should “take initiatives to support” in international forums “international law and the parameters for solving the Israeli-Palestinian conflict” and to prevent what the document calls Israeli “annexation of Israeli colonies,” or settlements.

One of the lawmakers who submitted the measure, Simon Moutquin, is a co-secretary of the BDS Belgium movement, a part of the Boycott, Divestment and Sanctions movement against Israel.

A separate resolution calling on the government to recognize a Palestinian state was submitted last month but has not yet come to a vote.