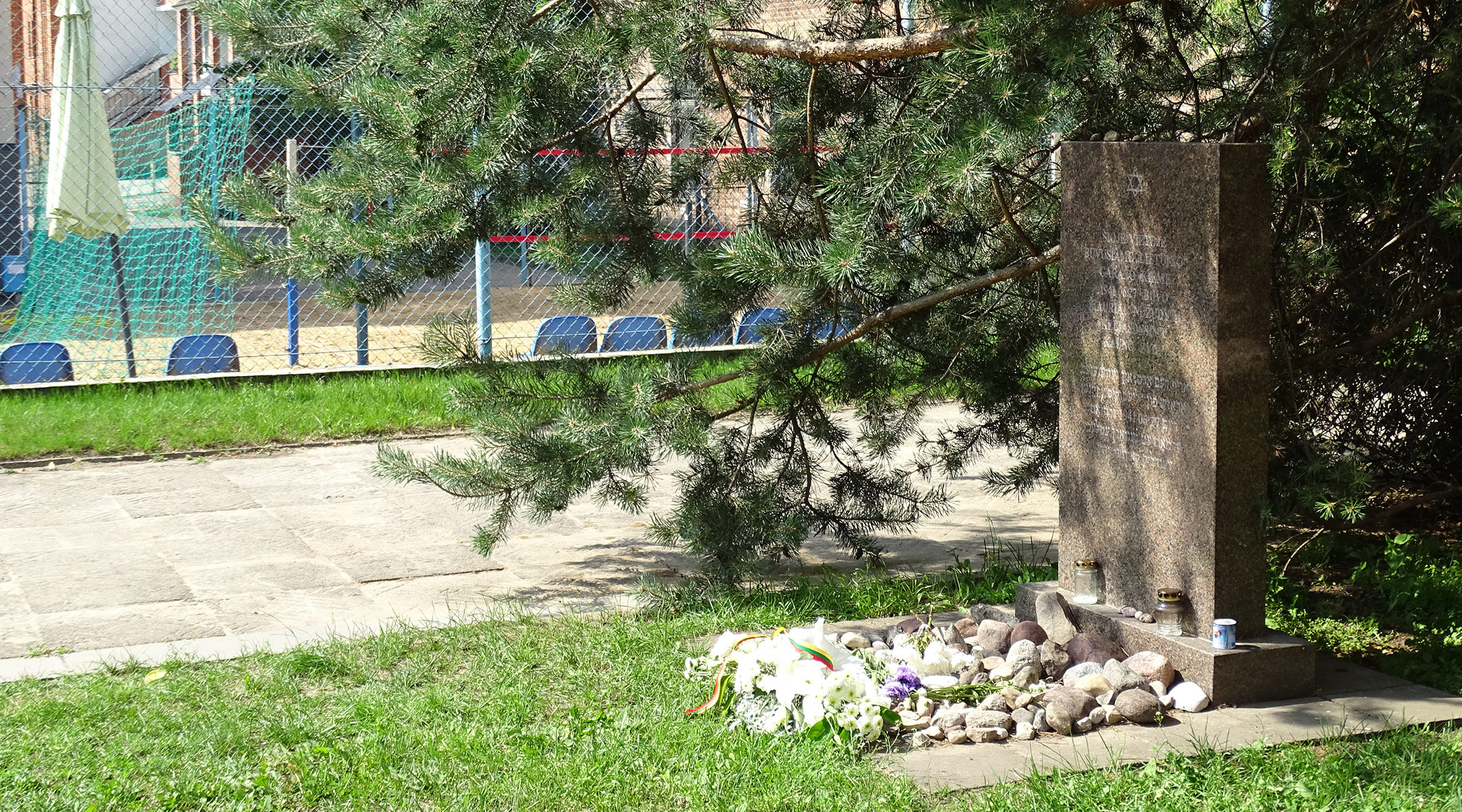 A memorial at the site of the Lietukis Garage massacre of Jewish Men in Kaunas, Lithuania. (Flickr/Adam Jones)
Advertisement

(JTA) — Lithuanian lawmakers want to make 2021 the year of Juozas Luksa-Daumantas — a nationalist accused of participating in a  Holocaust-era massacre of Jews.

The parliament’s Committee on Education and Science submitted the proposal June 23 in a draft resolution titled “The Announcement of the Year 2021 as the year of Juozas Luksa-Daumantas.”

Witnesses placed Luksa-Daumantas, a leader of the pro-Nazi Lithuanian Activist Front militia during World War II, at the 1941 Lietukis Garage massacre in Kaunas, where locals tortured and beat to death dozens of Jews. Some of the perpetrators posed for pictures, some displaying the iron bars they used as murder weapons.

Some victims were held down while their tormentors blasted jets of water from a high-powered hose down their throats, causing them to drown or die of internal bleeding.

One survivor, Aleks Faitelson, said in a 2006 book that multiple witnesses saw Luksa-Daumantas participating in the murders. Another, a former chairman of the Association of Lithuanian Jews in Israel named Joseph Melamed, wrote in a 1999 book that his research had led him to identify Luksa-Daumantas in a photograph of the scene of the massacre. Melamed died in 2017.

Advocates for Luksa-Daumantas, who was killed in 1951 by Soviet security services, deny these charges. They say he was a patriot who fought Soviet occupation.

“The partisan Juozas Luksa-Daumantas was one of the most important fighters for the freedom of Lithuania,” the draft resolution states, because of his efforts toward “defending Lithuania’s independence in the struggles for freedom, his activities breaking behind the Iron Curtain.”

The resolution seeks the allocation of funds to teach schoolchildren about what the draft describes as Luksa-Daumantas’s heroism.

Dovid Katz, a critic of the veneration of collaborators in Lithuania, called on Lithuania’s parliament to scrap the proposal.

There’s “no good reason for such a choice in a solid EU democracy,” he wrote on Defending History, an online journal he founded about how Europe memorializes the Holocaust.