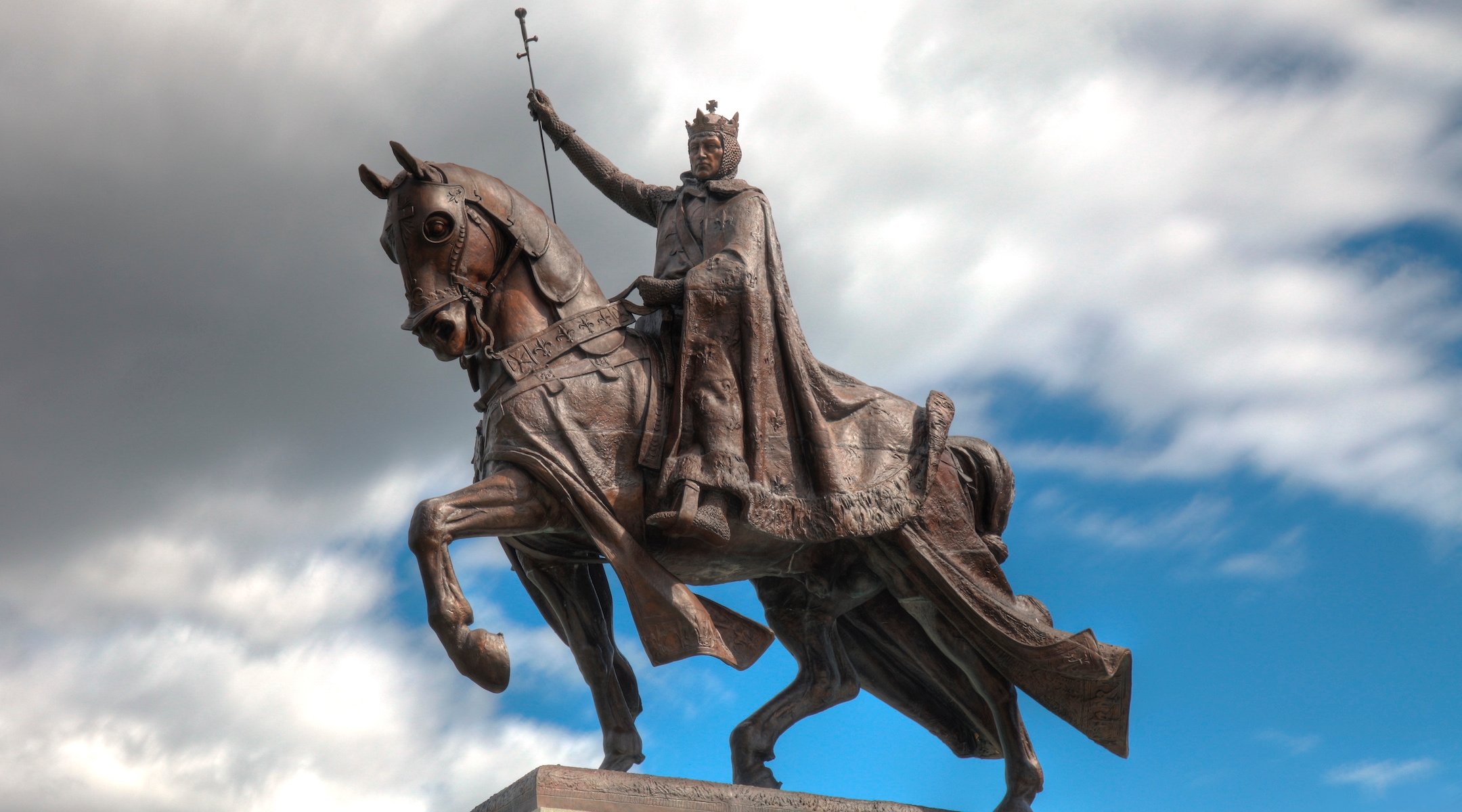 The Apotheosis of St. Louis, which stands in front of the St. Louis Art Museum in the city's largest park, memorializes the city's namesake, who persecuted Jews. (Wikimedia Commons)
Advertisement

(JTA) — The Roman Catholic Archdiocese of St. Louis issued an emphatic defense of that city’s statue of King Louis IX, the Missouri city’s namesake, without mentioning his persecution of Jews during the Middle Ages.

The statement, issued Sunday, came one day after dueling protests at the base of the statue — for and against — drew hundreds of people. A group of activists in the city are calling for the statue to be removed because of Louis IX’s anti-Semitism and leadership of two Crusades during his reign in the 1200s. Louis IX presided over a notorious public burning of the Talmud, a Jewish sacred text, and issued an order to expel his Jewish subjects.

In its statement, the archdiocese explained why the Catholic Church canonized Louis IX, including his charitable work with the poor and his reforms to France’s judicial system. It did not mention his actions concerning Jews or his leading role in the Seventh and Eighth Crusades.

The statement said the archdiocese supports “programs and policies that will dismantle racism” and said “We should not seek to erase history, but recognize and learn from it, while working to create new opportunities for our brothers and sisters.”

“The history of the statue of St. Louis, the King, is one founded in piety and reverence before God, and for non-believers, respect for one’s neighbor,” the statement said. “For Catholics, St. Louis is an example of an imperfect man who strived to live a life modeled after the life of Jesus Christ. For St. Louisans, he is a model for how we should care for our fellow citizen, and a namesake with whom we should be proud to identify.”

The history of the statue of St. Louis, the King is one founded in piety and reverence before God, and for non-believers, respect for one’s neighbor. The reforms that St. Louis implemented in French government focused on impartial justice, protecting the rights of his subjects…

On Saturday, hundreds gathered by the statue, which stands atop a hill in the city’s Forest Park, for the dueling protests, according to the St. Louis Post-Dispatch. The newspaper called the protests “mostly peaceful except for a few brief skirmishes.”

The pro-statue rally was organized by Jim Hoft, the editor of the far-right website Gateway Pundit.

Umar Lee, who started a petition for the city to remove the statue and change the city’s name, organized the anti-statue rally. The petition, which had 849 signatures as of Sunday evening, says Louis IX was “a rabid anti-semite who spearheaded many persecutions against the Jewish people,” as well as “vehemently Islamophobic.”