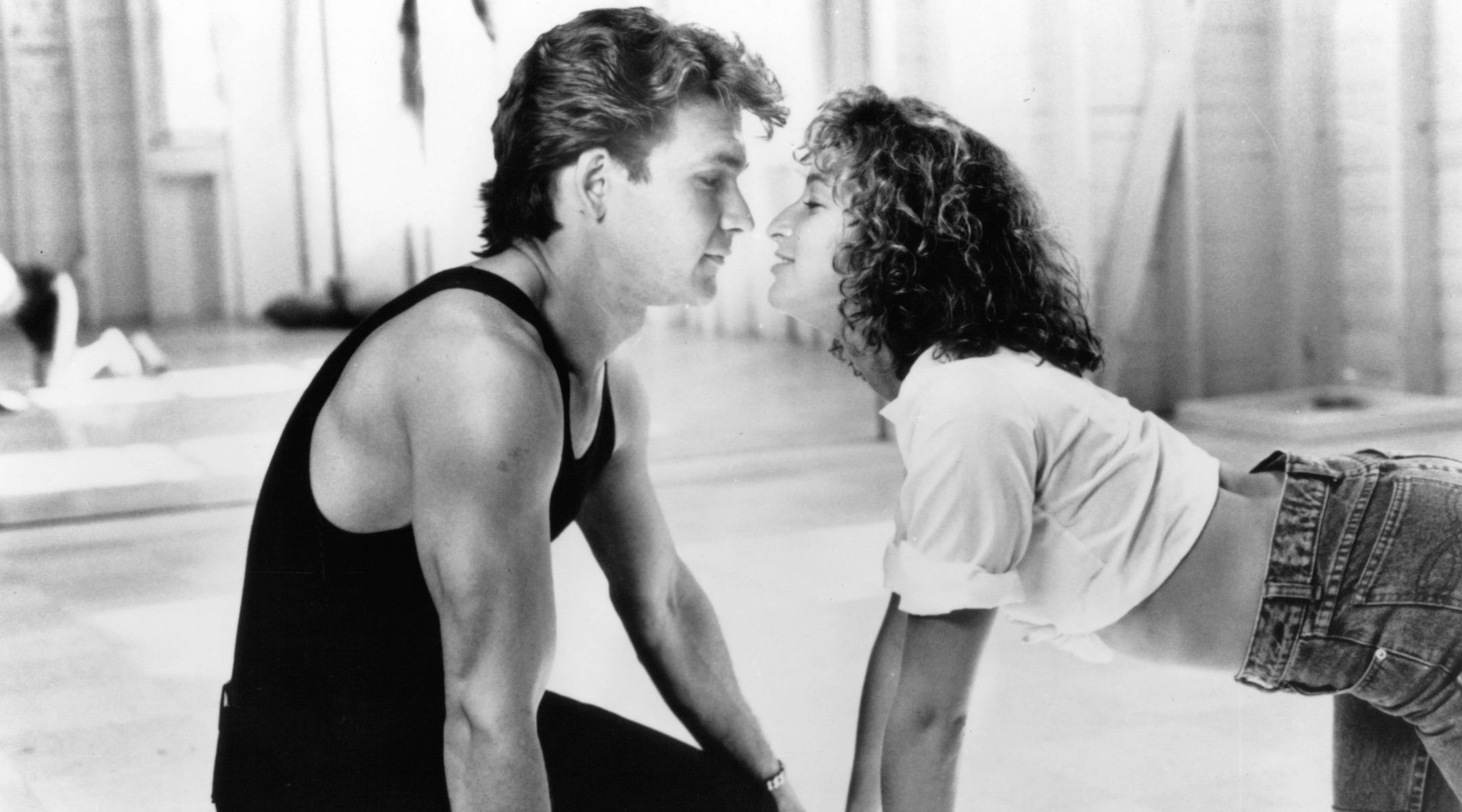 Patrick Swayze and Jennifer Grey in a scene from the 1987 film "Dirty Dancing." (Vestron/Getty Images)
Advertisement

Social distancing and staying inside is hard. Thankfully, accessing good things to watch during this time is not. This is the 15th installation of a weekly column on Jewish movies and TV shows that you should stream in quarantine.

(JTA) — “Dirty Dancing” is now on Hulu because, well, nobody puts a classic in a corner.

The 1987 romantic drama starring Patrick Swayze and Jennifer Grey is known for many things. It’s one of Hollywood’s most crackling romances, set in perfect early 1960s detail. It was part of Swayze’s memorable run of movie star roles in the late ’80s and early ’90s, and the one in which he delivered the most famous line of his career.

It also had one of the best collections of songs in film history, combining vintage classics with originals like “She’s Like the Wind” and the Oscar-winning “(I’ve Had) The Time of My Life.” And there were the tremendous dancing moments, of course, most notably Swayze’s famous lift of Grey — one of the most thrilling final scenes of any American movie.

An underrated part of its appeal: It’s very, very Jewish, even if the topic of Jewishness never comes up in the dialogue.

A massive hit movie sprung from a very specific aspect of the American Jewish experience: An upper-middle-class Jewish girl has a summer romance with a non-Jewish guy at a resort in the Catskill Mountains in the early ’60s.

The film, directed by the late Emile Ardolino, was written and co-produced by the Jewish writer Eleanor Bergstein, who based it on her own youthful experiences. Grey, who is Jewish, played the protagonist, Frances “Baby” Houseman.

Baby’s family, as usual, is spending the summer of ’63 at Kellerman’s, a fictional stand-in for Grossinger’s, the venerable Catskills resort. Her father (Jerry Orbach) is a doctor, while her older sister, Lisa (Jane Brucker) is a belle-of-the-ball type.

The resort, it’s soon established, has a rigid caste system among employees in which the waiters are (implicitly Jewish) Ivy Leaguers, while the entertainment staff is gentile and working class. Baby soon falls in with the latter group, led by the handsome dance instructor Johnny Castle (Swayze), to whom she develops an instant attraction, leading to both a dance partnership and a romantic one.

Amid all the sizzling chemistry, the famous lines, the great songs and all that dancing, the movie is at its heart a romance between a rich Jewish girl and a non-rich guy who’s not Jewish. The film remains the movie’s most iconic representation of Catskills summers, something experienced by generations of Jews in the northeastern U.S., while a bit of dialogue at the end foreshadows that such places would be on their way out.

The legacy and legend of the film has only grown over time, and it was among the most well-remembered roles in Swayze’s acting career following his passing in 2009.

A dance-centric stage version, also produced by Bergstein, debuted in 2004, the same year as “Dirty Dancing: Havana Nights,” a strange sequel/remake hybrid that was set against the backdrop of the Cuban Revolution (that film is also available on Hulu).

Meanwhile, the 30th anniversary of “Dirty Dancing” in 2017 somehow occasioned both a much-hated television remake  — one that considerably toned down the Jewishness — and a Guardian think piece about “Why Dirty Dancing would never be made today.”

“Dirty Dancing” holds up better today than most other 1980s movies, mostly because it was set in the 1960s rather than then-contemporary times. And after years of cable reruns, “Dirty Dancing” arrived in its new streaming home of Hulu on June 1.