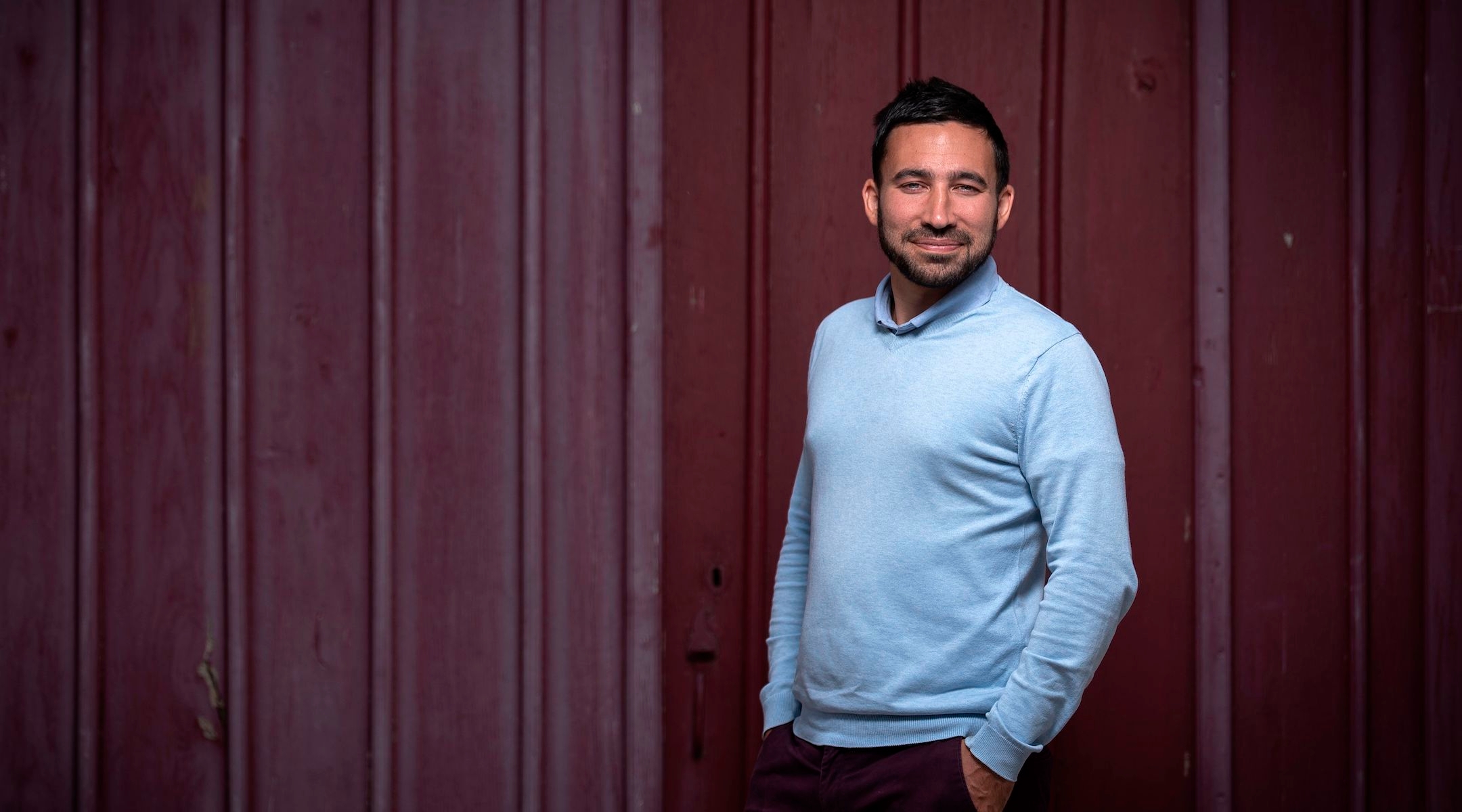 Romain Lopez won the mayoral race in Moissac with 62% of the vote, easily breaking a string of left-wing mayors in the French town dating back to World War II. (Lionel Bonaventure/AFP via Getty Images)
Advertisement

(JTA) — The municipal council of Moissac sometimes calls its placid French town overlooking the Tarn River, near Toulouse, “the city of the Righteous Among the Nations.”

It’s a reference to how hundreds of locals during the Holocaust helped resistance activists rescue about 500 Jewish children — an occurrence that Yad Vashem, Israel’s national Holocaust museum, has defined as “an exceptional episode in the history of World War II.” Righteous Among the Nations is the title that the State of Israel gives to non-Jews who risked their lives to save Jews during the Holocaust.

In 2013, Yad Vashem helped inaugurate a Righteous Among the Nations square with plaques in the center of the town of 12,000, which the museum has trumpeted and has been featured in the French press.

Now Moissac is again making headlines, but for a much different reason: Its new mayor, Romain Lopez, has been accused of making anti-Semitic statements and is part of the far-right National Rally party founded by the Holocaust denier Jean-Marie Le Pen.

Late last month, Lopez won a whopping 62% of the vote. In 2015, he wrote on Twitter dismissively about figures on anti-Semitism presented in the French parliament by a Jewish scholar and Holocaust survivor, Serge Klarsfeld.

“The apostles of the persecution complex don’t know what to invent next,” Lopez wrote.

Lopez, who is only 31, has denied the comment reflected any anti-Semitic bias but nonetheless apologized for its dismissive tone.

His victory was part of a showing that Marine Le Pen (Jean-Marie’s daughter, who made it to the final round of the French presidential election in 2017) hailed as a “breaking-of-the-glass ceiling” for her party. On the same day as Lopez’s win, National Rally won its first mayoral race in a big city since 1995: Marine Le Pen’s ex-partner, Louis Aliot, was elected in Perpignan, a city near the Spanish border with a population of approximately 120,000.

Reflecting the growing polarization and erosion of the political center in France, the municipal elections also were a boon for the left-of-center Green Party, which won the mayoral races in Lyon, Bordeaux and Strasbourg along with districts of Marseille and Paris.

The Socialist Party narrowly avoided defeat in Paris — where Mayor Anne Hidalgo was reelected with just over 50% of the vote — and in Lille. The Republicans, the center-right party of former president Nicolas Sarkozy, did not make any significant gains.

President Emmanuel Macron’s party, The Republic Forward, experienced what is widely seen as a defeat, losing multiple former bastions and having poor showings in major municipalities.

Gaby Cohn-Bendit, a Holocaust survivor who was kept in hiding in Moissac with his brother Danny, told Liberation that the National Rally’s victory is “unreal.”

“It’s especially astounding considering that there are people who lived through the war still alive in Moissac today, and children of people who hid those Jewish children in their homes,” Camus told Liberation. “It raises questions about the preservation of memory.”

HuffPost called Lopez’s victory a “true symbol” of the times, and Liberation profiled the southern France town in an article titled “Moissac, the town of the Righteous, conquered by the far-right.” The city has had only left-wing mayors since World War II.

Most Moissac voters probably did not opt for Lopez for any reason connected to Jews. The rural city has been hit hard by seasonal workers from Bulgaria, many of them Roma, who work in the agricultural sector for cheaper rates than the minimum sought by locals. This reality did not produce a favorable political environment for pro-EU Republicans and Socialists, and even less so for The Republic Forward party of Macron, who is on record as referring to himself as a “globalist.”

During World War II, Moissac briefly became the center of an international rescue movement. Shatta and Eduard Simon, a Jewish local couple, greeted hundreds of Jewish children from Poland, Romania, Hungary and beyond at a school they opened there in 1933. The children had been smuggled in, sometimes with help from resistance fighters, so they could survive the genocide in which most of their family members were murdered.

In 1943, local police tipped off the Simons that a raid had been ordered. But the Simons were able to distribute about 500 children among the village’s residents ahead of the raid. None of the children, who quickly learned French and became citizens after World War II, were deported or caught, and there is no record of any resident from Moissac informing authorities about the rescue operation.

Europe has multiple far-right parties that are opposed to immigration and the European Union. But National Rally, which was formerly known as National Front, distinguished itself for its rhetoric against Jews while it was led by Jean-Marie Le Pen for 39 years, until 2011.

He has been convicted of Holocaust denial or minimization by a French court and a German court for calling the gas chambers “a detail” of World War II. He has also said he did not think 6 million Jews died in the Holocaust. Le Pen is currently on trial for saying that his party would put a Jewish singer “in the oven” for criticizing National Rally.

His daughter has tried to rehabilitate the party, vowing to punish anti-Semitic rhetoric — and even kicking her own father out of the party in 2015. These steps and the party’s focus on individual liberties and women’s rights have sent its popularity soaring. Marine Le Pen clinched a third of the presidential vote in 2017 – a record for the party.

National Rally has even made inroads among French Jewish voters, a minority of little electoral weight but plenty of symbolic significance, at least for the party. It is estimated that 10-16% percent of French Jewish voters, particularly those who fear the effects of Muslim immigration and radical Islam, now vote for National Rally under Marine Le Pen, whereas next to none voted for her father.

Marine Le Pen has seized on their anxiety, telling Jews to vote for her so she would serve as their “best shield” against radical Islam.

The leaders of the institutions of the French Jewish community are not buying the National Rally’s makeover. The CRIF umbrella group of French Jewish communities and groups are boycotting the party, as well as the far-left Unbowed France party, calling them “vectors for spreading hatred.”