I’m raising my children in a tight-knit Orthodox community. It’s an uphill battle to teach them anti-racism. 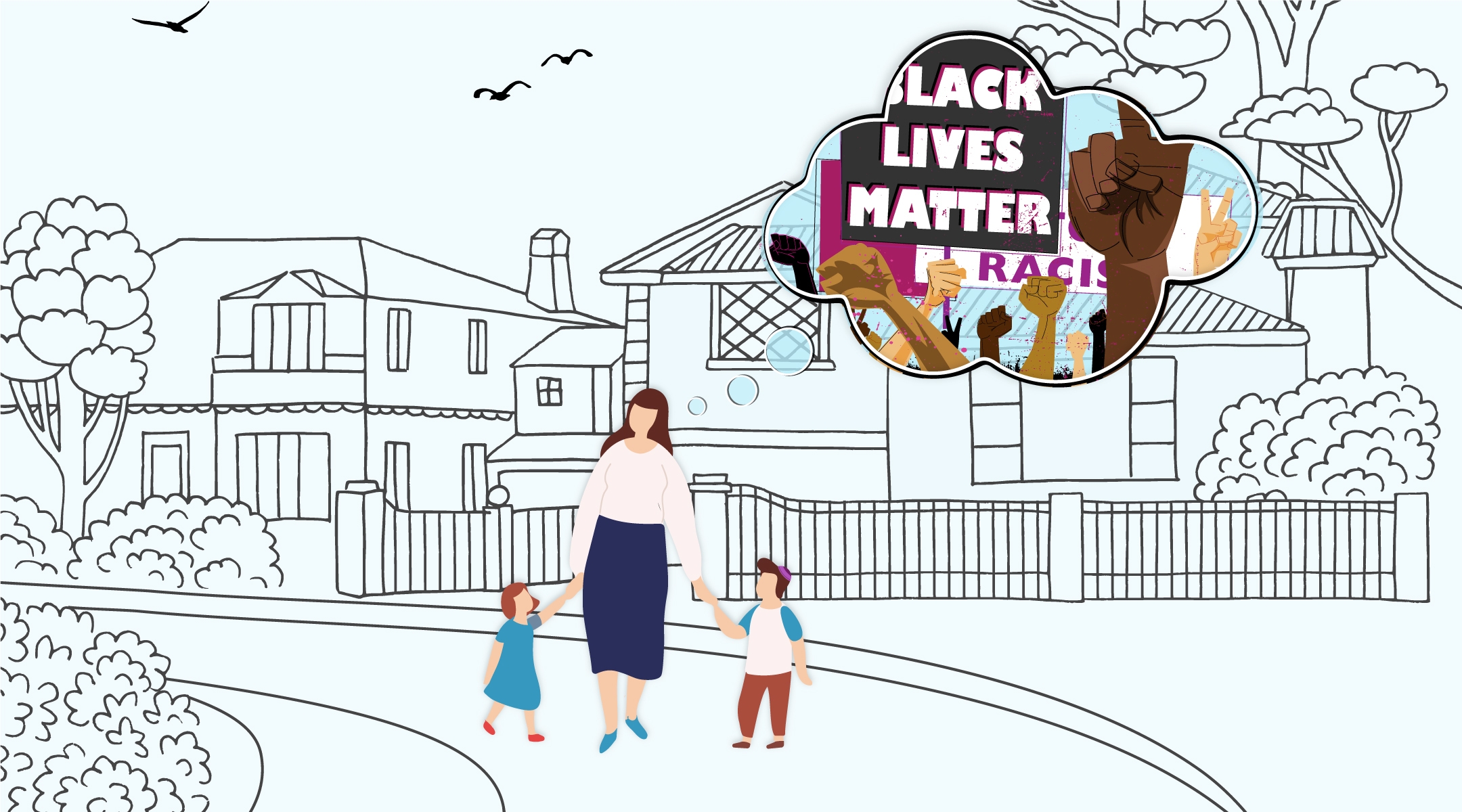 DALLAS (JTA) —  As a child, I spent most of my waking hours with two Black women who cared for seven Jewish children as if they were their own. I rode buses with them, navigated both secular city life and Jewish communal structures with them. Yet children and adults around me often insulted and degraded people who looked like them.

I couldn’t understand it. I loved these women. They truly loved me. But some others around me? They felt threatened. They were uncomfortable. They had internalized assumptions that were entirely counter to my experiences. Some were overtly racist, while others hinted at it. But I saw it. And it hurt.

Today, as I take my own children to visit these women and share stories with them of their “grandchildren’s” hijinks, the racist language and beliefs are sadly still prevalent in the Orthodox world. And though a growing number of people do seek out ways to better understand and engage with race and racism, we’re fooling ourselves if we think that a book club, an Instagram live talk, a webinar series or even true friendships with those who do not look like us will really turn the tide.

Because even if we could entirely eliminate racism and racist speech, we would still have to consider the very real barriers our housing, schooling and religious systems present. The same institutions that make our communities so strong in many ways hold us back from participating in anti-racism in others.

As a mother, former teacher and one-time youth director who has never lived outside the Orthodox community, I have struggled with this paradox on a personal and institutional level. I can’t find a way to stay here and also embed my children in a system that fully rejects racism. The young people I’ve worked with are often so focused on the particular uniqueness of this religious and ethnic community that the systemic and individual struggles of other communities are rarely seen, let alone addressed. Which means that I — and my community — are complicit in the re-creation of harmful systems.

I’ve been home with my kids for four months now and educating them on my own. It truly pains me to say that I’m relieved that the renewed global attention to racism is happening at a time when they aren’t interacting with other children or within an Orthodox school system.

Religious Jewish communities, physically outlined by an eruv, are most commonly found in segregated neighborhoods — either in mostly white areas of diverse communities or in entirely white neighborhoods. With few Jews of color in the Orthodox world, many children won’t naturally meet and interact with a Black child. Many won’t even see a Black non-Jewish child on their block. And in spaces that are more diverse, Orthodox children infrequently interact with Black individuals and singular interactions can become fuel for existing racist tendencies.

As a friend in the New York area recently told me, “a kid might think his bike was stolen by a Black child and because of what his parents and his community believe, that becomes his entire framework for understanding the Black community.”

Beyond our neighborhood life, within Orthodox schools, our tendency to engage in whitewashing has literally erased Black faces from our children’s vision. When we show drawings and pictures of our ancestors who were from the Middle East and Africa, they are always depicted as white. When we discuss Jewish history, schools that are not intentionally designed for Sephardic communities predominantly center Ashkenazi history and rarely highlight Jews of color.

Perhaps most important, we lack collective will and direct guidance from our rabbinic leadership on the matter. Perhaps our rabbis and religious nonprofit institutions support anti-racist work. I wouldn’t know, as few will publicly and unequivocally say much beyond flat platitudes. Individual rabbis and massive Jewish organizations might put out statements and claim to be allied with Black Americans, but few in the Orthodox world have actively sought out mentorship and guidance in this area. At least from a public view, it seems they’ve barely engaged with Jews of color in our midst, let alone non-Jewish Black communities.

It doesn’t have to be this way. I don’t want to have to choose between being a part of a community that’s engaged in anti-racist behavior and one that allows me to observe Orthodox Judaism. Our communities can be beautiful, inspiring and loving places — overwhelmingly, we are deeply connected and believe in creating individual and institutional systems that support each other. And because of the nature of the system of Orthodox Judaism, one is almost required to be fully embedded within a community in order to truly engage with the content, the systems and the beauty.

Last month, less than three days after moving across the country, my new community was already greeting my family with open arms.

We were getting deliveries of wine, challah and candies from our new neighbors, along with information about the kosher grocery products, the COVID-19 synagogue practices, and the mikvah location and hours. Neighbors came by for socially distanced meetings. Though we’d never before seen or visited this area, the religious Jewish community was there — at our door even before the mezuzah was up — to welcome us to town.

It’s truly special to be part of the Orthodox community: You know that anywhere in the world, you will find people who will immediately greet you and provide you with resources to address your every material and spiritual need. But this intense support network comes with cultural expectations and requires adherence to community norms: social, cultural, religious and, more recently, political norms that lean heavily conservative.

This makes it profoundly difficult for my community and the people within it — predominantly white in racial makeup and contemporary American experience — to inform our children and ourselves about the current moment and the context that has generated it. It is even harder to contribute to a racial dynamic that must change.

But I believe we can do it. I can clearly envision a future state in which our kids grow up to be thoughtful, anti-racist, happy and religious members of society — if we can seek out ways to prioritize this work in our post-COVID lives. To be more thoughtful about interactions. To reconsider our school curriculum. To demand more of our leaders.

The truth is, if our community can really engage with these concerns, we’ll likely find that we’re more similar to Black communities than many Orthodox Jews imagine. We are all too familiar with the ways that governmental systems actively persecute those deemed as “other”; we share an understanding of the effects of generational trauma; we already live largely family- and community-based lives; and many of us are familiar with poverty and the need for vast communal support systems.

We also have a unique appreciation for the desire to live a life that doesn’t require us to wholly assimilate and adopt the norms of dominant groups. These elements are already a part of our institutional and individual life.

We can use these as a way to connect and dismantle our institutionalized racism — if only we can summon the political will to give ourselves the tools, experiences and language we as a community currently lack. I am fully committed to raising my family in an Orthodox community. If we can truly act to shift these barriers, perhaps my children won’t be as shocked, hurt and saddened by those who they call friends as I once was.