Jewish Republicans come to praise Trump, but also to strategize about selling him to other Jews 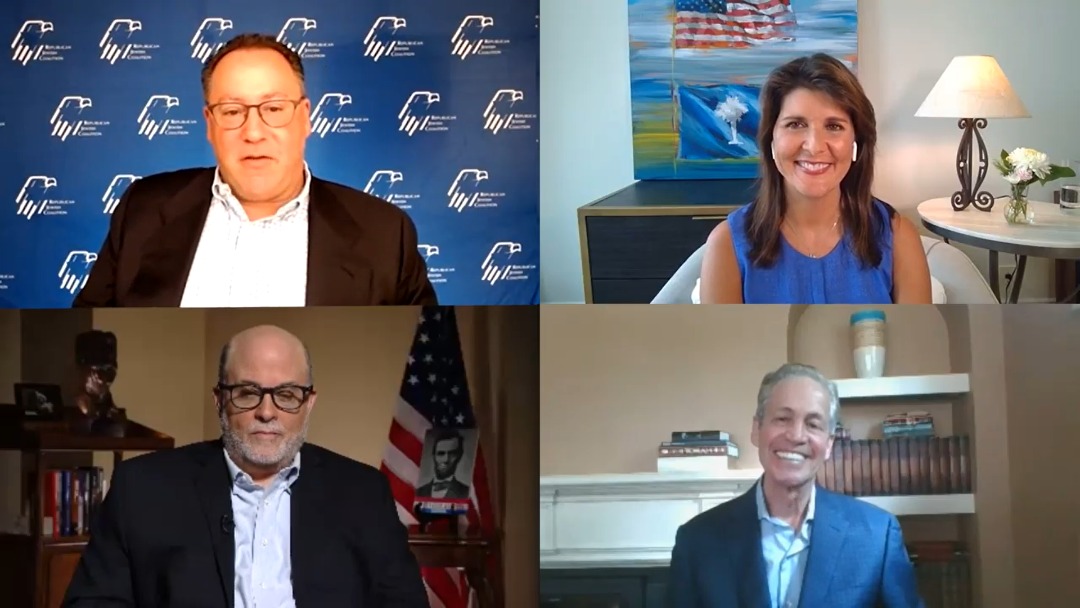 WASHINGTON (JTA) — When Jewish Republicans met online this weekend to talk about the best way to defeat Joe Biden, the conversation kept sliding back to a question that has beset them since 2016: How do you explain Donald Trump?

A Republican Jewish Coalition online town hall broadcast Sunday night was entitled “The Critical Issues Facing the Jewish Community in 2020.” The issues on the agenda mostly had to do with the changes wrought by Trump that a President Biden would unravel, particularly related to Middle East policy.

But the subtext — sometimes the overt-text — was how do you pitch Trump to a community that overwhelmingly dislikes him? Jewish voters have consistently disapproved of Trump in greater proportion than the general population, where his approval ratings are tanking, and people who participated in the conversation said that has made it hard for them to drum up support for Republicans.

“I’ve been involved in pro-Israel and Jewish communal activities for over a decade, and one source of frustration for me is the open hostility that I find from many Jewish women towards our president and the Republican Party,” said Jodi Sanchez, who is active with the RJC in Houston.

“What’s your best advice for what we as a community should say to our friends who are inclined to support the president because of this pro-Israel policies, but probably won’t support him because of his personality. How can we convince them that they should vote for President Trump?” asked Ari Fleischer, the George W. Bush administration spokesman.

“I was not a big Trump supporter during the primaries — I was part of that never Trump movement,” said Coleman. (In 2016, Coleman penned an op-ed for the Minneapolis Star Tribune saying he would never “vote for Donald Trump because of who he is. A bigot. A misogynist. A fraud. A bully.”)

“And in the end, I have watched what the president has done,” Coleman said. “This has been the most pro-Israel president who ever sat in the White House.”

Trump has embraced a pile of right-wing pro-Israel orthodoxies: moving the embassy to Jerusalem, defunding the Palestinians, exiting the Iran deal, and advancing a peace plan that would see Israel annex parts of the West Bank.

While the Democratic Party’s official platform on Israel appears not to be changing this year, members of the party’s progressive wing, including Vermont Sen. Bernie Sanders, have called to reduce assistance to Israel if it annexes parts of the West Bank.

Trump’s fulfillment of Israel-related promises, combined with the shift in the Democratic Party, has fueled the RJC’s transformation over the last four years, from skepticism toward Trump during the 2016 campaign to a fulsome embrace during his presidency.

But the difficulties he presents as a sellable candidate to the Jewish community have persisted, and there were signs at the RJC event that the group is taking Trump’s vulnerabilities seriously. All four questions from the public were pre-screened — and two had to do with Trump’s negatives.

One was from Fleischer. Sanchez asked the second one, directed at Haley, about Trump’s difficulties in appealing to Jewish women. “How do you think we can address this, specifically with college-educated suburban women, a key demographic in the upcoming election?” she asked.

Haley acknowledged Trump’s coarseness, but — like Coleman, who handled Fleischer’s question — said the best tactic was to note what Trump had done, not what he was prone to say.

There was one questioner who was full of praise — for Coleman, Levin, Haley and Jared Kushner, the president’s son in law, if not for Trump. But then, this questioner has a reputation for giving pep talks.

“My name is Bruce Pearl. I’m the head men’s basketball coach at Auburn University,” said the coach, who is an RJC leader. “Senator Coleman, Ambassador Haley, The Great One,” a nickname for Levin, “thank you all for the service to our great country. And thank you all for your love of the State of Israel. I’m a big fan of Jared Kushner’s peace and prosperity in the West Bank of the River Jordan in Judea and Samaria. My question is, do you believe that peace and prosperity is possible?”

That question didn’t get a simple answer, even as Levin praised the plan for recognizing Israel’s claim to the territory.

Neither did another question that speaks to the heart of some Jews’ reservations about Trump. RJC’s executive director, Matt Brooks, repeatedly pressed Levin to refute claims by Democrats that Trump has enabled anti-Semites, particularly when Trump in 2017 described “very fine people on both sides” of a deadly neo-Nazi March in Charlottesville, Virginia.

“It’s one of the repetitive narratives of the Democrats in terms of trying to scare the Jewish community that President Trump is an anti-Semite or if he’s not an anti-Semite, he allows or encourages through dog whistles white nationalists and people who traffic in anti-Semitism,” Brooks said. He prompted Levin: “Talk about that, talk about Charlottesville.”

Levin mentioned Trump’s pro-Israel bonafides, his Jewish advisers, and his Jewish family members — but never got around to addressing why it was a calumny for Democrats to note Trump’s equivocation about the Charlottesville march, even after Brooks repeated the question.