Some synagogues are opting for high-quality over homegrown when it comes to online High Holidays services. Is that a good thing? 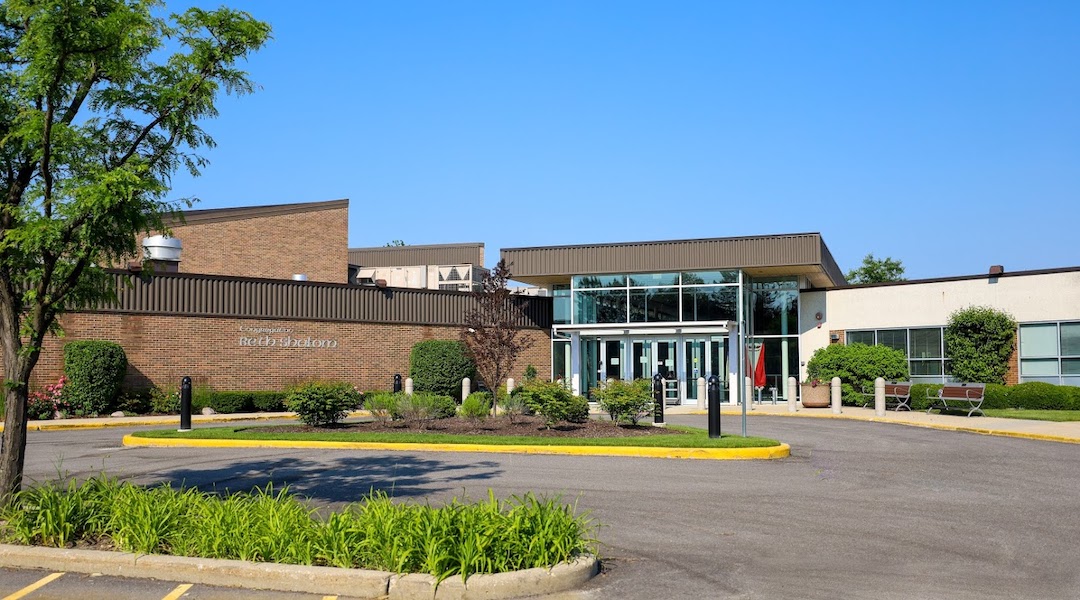 “We just didn’t think we could do it any better,” Cantor Steven Stoehr of Congregation Beth Shalom, above, in Northbrook, Ill., said of the Shirat Haruach High Holidays service package.
Advertisement

(JTA) – For the rabbis and cantor of Congregation Beth Shalom in Northbrook, Illinois, the to-do list to prepare for the unprecedented online-only High Holidays season was long.

In addition to transforming their usual services for over 3,000 people into an experience that congregants will find meaningful online, they needed to figure out how to create a service for families that would be engaging for young children through a screen.

So when Cantor Steven Stoehr heard about Shirat Haruach, a program of video services for families recorded by some of the most popular Jewish children’s song leaders, he jumped at the opportunity.

“We could have gotten it done,” Stoehr said. “We just didn’t think we could do it any better.”

The hazzan’s calculus reflects a new dynamic this year as most non-Orthodox congregations choose to forgo risky in-person gatherings in favor of virtual services. No longer constrained to the people in the room or whichever visiting cantor they can fly in, communities are turning to outside talent over livestreams or video to improve their High Holidays offerings.

For some synagogues, the shift to virtual services has opened up new opportunities for how they run their services that could outlast this High Holidays season.

It’s a new model for most congregations — generally they rely on their own rabbis or cantors to plan and lead services — but could be a glimpse into a future in which services traditionally offered by synagogues are transformed by technology or take place elsewhere. As the realization that the pandemic isn’t ending anytime soon sets in, these services may be on the forefront of an upheaval in how synagogues operate and whether American Jews will look to synagogues as the primary purveyors of Shabbat and Jewish holiday programming.

The very idea has some worried.

“If our goals as congregations were to have the best production value and to provide the highest-quality content, I think that has the potential to destroy what the individual community has to offer,” said Hazzan Jeremy Lipton, director of placement and human resources at the Cantors Assembly. “Otherwise,” he said, referring to some of the country’s largest and most popular synagogues, “everyone would be tuning into Park Avenue Synagogue, or Hadar, or Sinai Temple in Los Angeles.”

Stoehr acknowledged as much and said he would have to think hard about whether to continue to offer something like the Shirat Haruach program beyond the High Holidays this year or after the pandemic ends.

To the creators of Shirat Haruach, the program isn’t intended to pose a threat to synagogues. If anything, it’s meant to support synagogues in pivoting to virtual services, according to Rick Recht, a popular performer of Jewish music in the Reform and Conservative movements and one of three performers behind Shirat Haruach.

With two other song leaders, Shira Kline and Rabbi Josh Warshawsky, Recht is developing a customizable package of services featuring different options for families and intergenerational audiences, along with the opportunity for synagogue clergy to add their own videos. The services, which east cost $1,175 to $1,375, are being offered exclusively to synagogues, not directly to families.

Recht sees the program opening up high-quality song leaders and technical production to communities that otherwise would not be able to afford to bring them in.

He sees the Shirat Haruach service as something that could outlast this year’s High Holidays. In fact, Recht, Kline and Warshawsky have already begun creating a package of services aimed at synagogue religious schools for this year to incorporate prerecorded prayer services and concerts into virtual religious school curricula.

“I think it’s important for us to realize that what’s happening because of the pandemic is an extension of what was happening over the last couple of decades,” Recht said. “I feel that we’re heading toward a new paradigm of a hybrid, virtual and physical.”

Not everyone offering online holiday and education experiences is working through existing institutions. Eliana Light, a popular children’s song leader and performer, is offering streamed family services to both synagogues and individual families for a fee.

Light has seen an interest in virtual services from people who are not members of synagogues at World Synagogue Sing, a Sunday morning program she and several other Jewish musicians have run via livestream since the start of the pandemic.

“There’s plenty of people who come who aren’t affiliated with synagogues,” she said.

Others see an opportunity to more comprehensively reimagine what synagogue services could look like if technology is incorporated in creative ways.

“I love the idea of yeah, let’s find really talented people and let’s have them create something online for our members to experience and for others to experience,” said Lex Rofeberg, a digital educator who has advocated for the use of digital media in building Jewish community.

Rofeberg himself is leading High Holidays services via Zoom from his home in Providence, Rhode Island, for a synagogue in Arkansas. He would have been there in person if not for the pandemic, as he has been for the past five years, but he wonders whether the virtual services being offered now could continue even after congregations can return to gathering in a sanctuary.

For smaller congregations, streaming services could be a more affordable option than hiring a rabbi, he said, or simply a better option than rotating among a small group of members who know how to read from the Torah. Steaming services in a sanctuary when congregants can gather again could combine the best of both worlds – high-quality content streamed from outside the synagogue with the community feeling that comes from gathering together.

“There’s no reason we couldn’t come together in an on-the-ground space and stream in somebody our congregation has decided they love,” Rofeberg said.

Online services do not represent the first challenge to the primacy of synagogues at the High Holidays. In recent years, independent rabbis and prayer leaders have offered pop-up services for Rosh Hashanah and Yom Kippur at little or no cost in places like bars or hotel ballrooms. The services often attract young people and those who do not affiliate with a synagogue.

Virtual services offered in nontraditional ways during the pandemic build on the trend, said Jack Wertheimer, professor of American Jewish history at the Jewish Theological Seminary. He said he doesn’t anticipate the new breed of services sticking around after the pandemic to the point that synagogues would fall out of fashion.

“I’m skeptical that when it is possible for people to come back into synagogues that they will prefer to watch services online,” Wertheimer said. “If anything, this COVID period of time may at least in the short run direct people to return to synagogues more frequently because they miss that social contact.”

But the longer synagogues are closed, and the more robust the alternatives become, the more people may become comfortable with experiencing Jewish community online. For young people who are used to connecting through digital platforms, the lower barrier to entry may be appealing.

Gross sees virtual services building on initiatives like PJ Library, a program that distributes Jewish children’s books, or organizations that bring people together for Shabbat meals to encourage Jewish engagement outside of Jewish institutions.

“I don’t think that the synagogue membership model is going to disappear,” she said. “But I think the pandemic is probably exacerbating trends that allow people to have more obvious choices about the organizations they’re picking and choosing from.”

For now, she said, there’s little noticeable difference between online services offered by an individual cantor or song leader and those offered by a synagogue, meaning that the ramifications of this moment may not become clear until in-person services take place again.

“A lot of our distinctions of categories get blurred on the internet,” Gross said. “If you’re sitting at home on Zoom, are you going to care if it’s from a synagogue or a cantor?