There’s space in the Jewish community for queer people. I just had to find it. 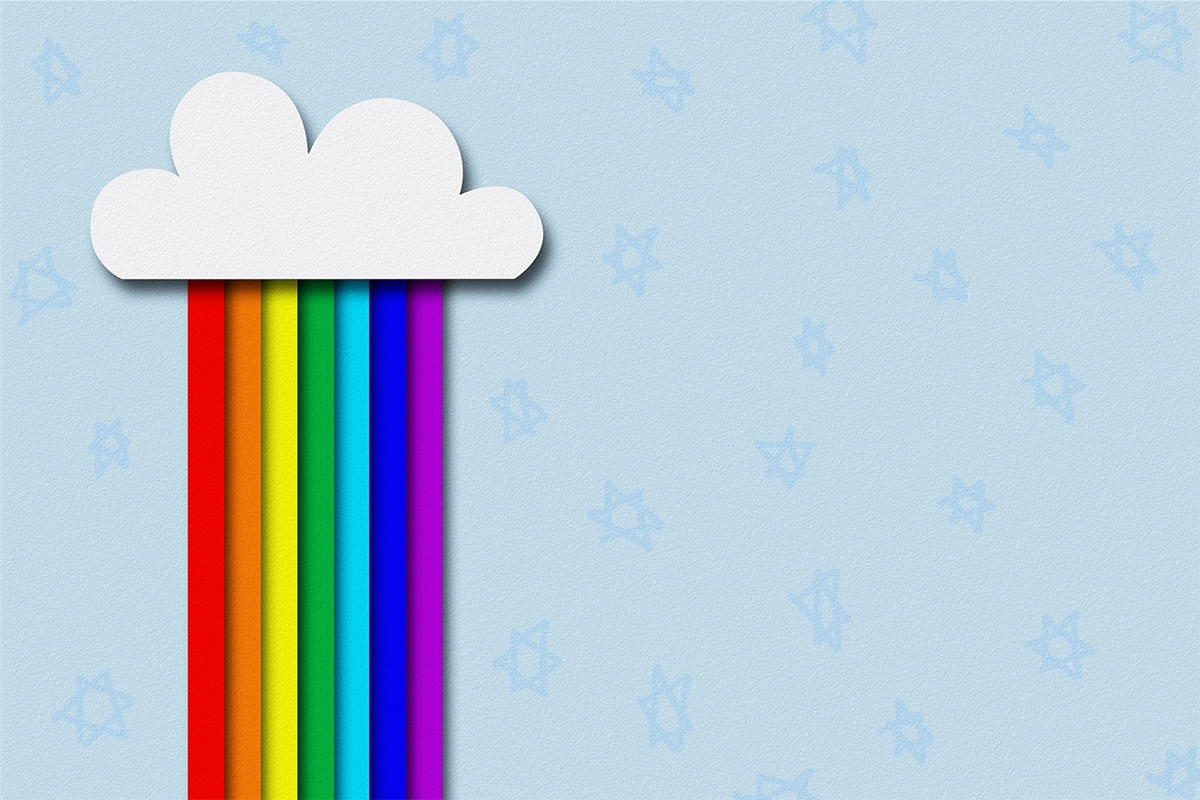 “Would you be comfortable with a gay guy being in your cabin?”

It was another humid summer day in which some of us had taken shelter back in our cabin to avoid the heat. I remember my breath catching in my chest, feeling out of place as some other people in my aidah, or grade, sat on a bed on a quiet afternoon discussing if another camper our age was gay or not. I was 13.

The guy shook his head.

The girl who had asked him looked pensive.

I averted my eyes, the discomfort starting to flare in my body. I shook my head and willed myself not to give away the guilt I felt, like I always did. I had always tried to be respectful, never looking at the girls in my cabin in that way. But my stomach turned into knots and I reminded myself to keep pretending I wasn’t affected by that small exchange.

It wasn’t until the previous school year that I noticed my eyes wandering often to the girls in my grade as well as the boys — glancing at their bodies in a way that didn’t just feel like a comparison to my own, but a distinct desire. I had never heard the word “bisexual.” My exposure to LGBTQ people was limited to stereotypes that I saw played out on TV and people my age making fun of them. I was already different enough in my own mind without being that. I had dealt with, and still deal with, severe anxiety since I was in elementary school. I had trouble making friends. I felt out of place already. I vowed to ignore my feelings for girls for fear of being othered in my own head more than I already was.

My Jewish camp had always felt like an escape from the pressures I felt at school, to a small extent — I still struggled to make friends and find my place as I dealt with my anxiety and the discomfort of my attraction to other girls. I became boy crazy that summer I was 13 not only because I desired the attention I felt like I never had, but also to distract my fellow campers from the way I felt about girls. I hated that summer; it not only caused me to struggle with my budding sexuality, but cemented my feelings of alienation as the people around me made fun of my obsession with boys.

There’s a long-running joke for Jewish institutions: that their sole purpose is to create more Jewish families by introducing young Jews to other Jews who they will eventually marry and have Jewish babies with. But that attempt also comes with the addition of an aggressively heterosexual environment, and the assumption that it operates that way for everyone. At my camp, boys and girls went on what we called “Shabbat walks” together through the woods. They’d sneak out at night to hang out with each other, later sharing their exploits with their cabin late at night where no one could keep any secrets. Girls would cuddle each other and sleep together in tiny twin beds, but the idea that it meant anything more than friendship was discarded.

I never truly felt comfortable with my sexuality while at camp, even when I came out as bisexual at 17 and came back as a counselor after high school. I noticed a much more tolerant environment than when I was a camper, but the assumption of heterosexuality still remained. My first summer as a counselor, my campers would make lists of guys they thought I was possibly dating, and I suggested they add girls to the list, which they reluctantly did. As counselors, we were not allowed to discuss our sexualities or private lives with campers, which was well and good in theory. In reality, campers almost always assumed us to be straight, and merely contesting or telling the truth about ourselves could get us in trouble with staff. There was no room for me to completely be myself with my campers, and the fact that I couldn’t fully be transparent to campers who could possibly also be queer cut me deeply.

I quit camp near the end of my second summer working there for a multitude of reasons, but mostly because I finally came to terms that I was done trying to fit into an environment I had never fully felt comfortable in.

I also went to high school at a Jewish day school. In my community in the tight-knit northern suburbs of Chicago, kids often would go to Jewish school and camp together until graduating from high school. I saw most of the same people nearly 365 days a year, but at least in high school I was able to meet new friends who had come from other middle schools.

I first learned what bisexuality really meant on Tumblr, and learned most of my knowledge of queer history and structures on the internet. But no one in my school was out, and I still felt alone and terrified as I came out one day in a classroom, surrounded by the watching eyes of my class. While the reaction to my coming out was greatly supportive, it was terrifying being the only out person when I knew many of my peers were making homophobic jokes and rolling their eyes at me and my friends at the same time.

But in time, I became more comfortable with my love for Judaism and my queer identity. I became heavily invested in my Judaic studies classes and spent half of my gap year in Israel studying Talmud. I realized I didn’t want to sacrifice my growth and values for a world in which I never felt comfortable. Instead I needed to find a new space, both queer and Jewish, that I could live in and fully be myself.

I was lucky enough to find that community in college, full of accepting and loving people who are queer, Jewish, both or neither. I spent every Shabbat at Hillel, fully comfortable with myself and my devotion to my faith, without any hesitation to try to blend in or waver in my values. As I’ve gotten older, I’ve begun to see more similarities than differences between queer and Jewish communities. Both value the chosen families of community, and both experience life with a deep sense of pride and the desire to live joyously despite external struggles. It’s a life in which I can’t choose between, and which I often find myself deliriously happy.

I never formally came out to my synagogue and my community at home, although I will always value my childhood there. I still feel no need to try to force myself into an environment I never felt truly comfortable in. Instead I choose to move forward, to continue to find new chosen homes and Shabbat dinners that feel more like home.