How did Europe’s Jews cope with a 17th-century plague? This 350-year-old memoir offers a glimpse. 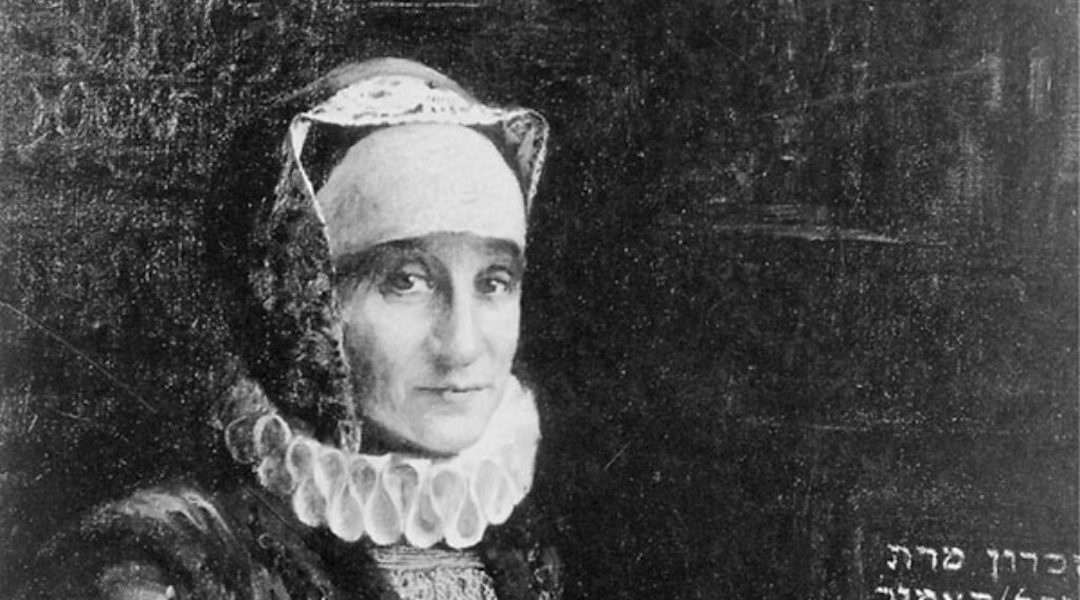 Bertha Pappenheim, a descendant of Glickl Hamel, poses as Glikl for this portrait painted by the artist Leopold Pilichowski. (Courtesy of the Leo Baeck Institute)
Advertisement

BOSTON (JTA) – More than 350 years ago, a plague took a deadly toll on Hamburg, Germany. As the High Holidays approached, fear and panic set in and many of the city’s Jewish families fled.

Among them were Glikl and Hayyim Hamel, successful Jewish merchants who left with their three young children, including an 8-week-old daughter. En route to Hayyim’s parents, they spent time with relatives in Hanover, where some locals came to suspect their oldest daughter, 4-year-old Tsipor, was infected. Despite their assurances that she wasn’t ill, Glikl and Hayyim were forced to banish Tsipor and her caregivers to another town and were only allowed to visit from a distance.

“I will let any good father or mother judge for themselves how we felt,” Glikl would later write in her memoir. “My husband, of blessed memory, stood in a corner, weeping and pleading, while I stood in a corner.”

In the midst of a viral pandemic that again is separating parents from their children, Glikl’s poignant rendering of the family’s ordeal rings chillingly familiar. And as of last December, English readers can appreciate it for themselves thanks to the first new English translation in nearly 60 years.

Glikl’s memoir is “fast-paced, engrossing, deeply compassionate and full of pathos,” said Sylvia Fuks Fried, editorial director of Brandeis University Press, the publisher of “Glikl: Memoirs 1691-1719.” “It’s an example of Glikl’s remarkable skills as a writer. It’s why it has such staying power and why we are reading it today.”

The new translation — 375 pages, with illustrations and meticulous notes by Israel Prize winner Chava Turniansky, a scholar of Yiddish literature and professor emerita at Hebrew University — was decades in the making. It is based on Turniansky’s 2006 Hebrew-Yiddish version of the memoir, which was originally written in Old Yiddish, the vernacular language among German-speaking Ashkenazi Jews in the early modern era.

Glikl’s writing is a rare surviving memoir from this period. Even rarer is that it was written by a woman, according to Rachel Greenblatt, a cultural historian specializing in the Jews of central and Eastern Europe who led a recent course on the memoir sponsored by the Vilna Shul, a Jewish cultural organization in Boston.

“Glikl provides us with an unparalleled historical source, opening a window on the daily life, anxieties, petty rivalries and stories of folk wisdom occupying the mental world of a woman who bore 14 children … while partnering with her husband in a business that grew from trade in second-hand gemstones run by two newlywed teenagers to international money lending, exchange of credit and the margins of mercantile Court Jew society,” Greenblatt told JTA.

Glikl began writing her memoir about two years after the death of her husband in 1689, initially as a way to console herself through sleepless nights. She was 44 at the time and had eight unmarried children living with her along with a family business to manage.

“Glikl wrote resilience,” Greenblatt said. “She turned to the pen for comfort and self-therapy.”

Over the course of seven chapters, Glikl weaves together her views of living a Jewish life, running a household and managing the family business, all of it embellished by stories and proverbs. Through accounts of her extensive travels, readers get a glimpse of how Jewish communities responded to historic events.

Her intended audience was her descendants, to whom she wanted to bequeath a sense of their identity and family history. But Turniansky has suggested that her writer’s flair and literary choices make it clear that she sensed a broader audience as well.

In her introduction, Turniansky traces the complex publication history of Glikl’s memoir. The original handwritten version was not preserved, but two copies — one made by a son and the other by a grandson — were passed down in the family for several generations, eventually finding a publisher in the late 19th century.

Since then, it has been translated into German, Hebrew and several English versions. But Greenblatt says those earlier versions were incomplete or presented as biography and history, and were not true to the original text. The new publication, she said, introduces readers to Glikl’s authentic voice.

In the past, the memoir has been explored from the perspective of Jewish history, women’s social history and Glikl’s extraordinary role as a savvy businesswoman, Fuks Fried said. This new translation should broaden those perspectives while opening a new one — as an important entry into the canon of Jewish literature.

“It deserves to be there,” Fuks Fried said. “It’s of that caliber.”