WASHINGTON (JTA) — A fundraiser for Joe Biden on Monday night was billed as a “Virtual Conversation on Anti-Semitism” with three marquee speakers: Rep. Adam Schiff, the California Democrat who chairs the U.S. House of Representatives Intelligence Committee; Nevada freshman Sen. Jacky Rosen; and Jason Alexander — yes, that Jason Alexander, the one famed for his portrayal of George Costanza on “Seinfeld.”

The conversation, co-organized by the Biden campaign and the Democratic National Committee, included plenty of critique aimed at President Trump, whom liberal Jews accuse of stoking anti-Semitism in the U.S. — but it also veered into poignant territory at times, offering a rare window into the politicians’ personal Jewish identities. Biden did not attend.

Alexander, who moderated the talk, invited Rosen (who last year co-founded the Senate Bipartisan Task Force for Combating Anti-Semitism) and Schiff (who spearheaded Trump’s impeachment proceedings last year) to draw a direct line between Trump’s rhetoric and the rise in anti-Semitism during his term, evidenced in attacks such as the Pittsburgh Tree of Life and Poway synagogue shootings. Trump’s defenders counter that by saying the president forcefully and unequivocally condemned anti-Semitism after the Tree of Life attack.

“We have to assume that our president has exacerbated the problem. Adam, he typically refers to you as ‘Shifty Schiff,’ so he obviously plays into anti-Semitic tropes and stereotypes,” Alexander said. “How much do you hold him, and frankly the Republicans that echo and abet him, responsible for these increases in the amount of hate activity that we’re seeing?”

Rosen obliged. “So many people are enabling the president,” she said. “The rise of anti-Semitism just manifesting itself in different ways, whether it’s the left the right, the center, we have to call it out — but regardless of that, everything starts at the top.”

Schiff also said Trump was ultimately responsible for a rise in bigotry, noting his recent appeal to “suburban housewives” that he would protect their neighborhoods from interlopers.

“The president has a unique capability to set the tone, nationally, and he has set the most ugly, bitter, divisive and sometimes racist tone of any president, certainly in my lifetime,” Schiff said. “And, you know, people follow that.”

Rosen said education was critical to countering anti-Semitism and referred to the Never Again Act, which funds Holocaust education, and which she helped pass this year. Holocaust survivors were dying off, she said.

“It’s important that we tell those stories, because if we don’t learn from them, if we don’t shine a light to educate, then we’re lost,” Rosen said. 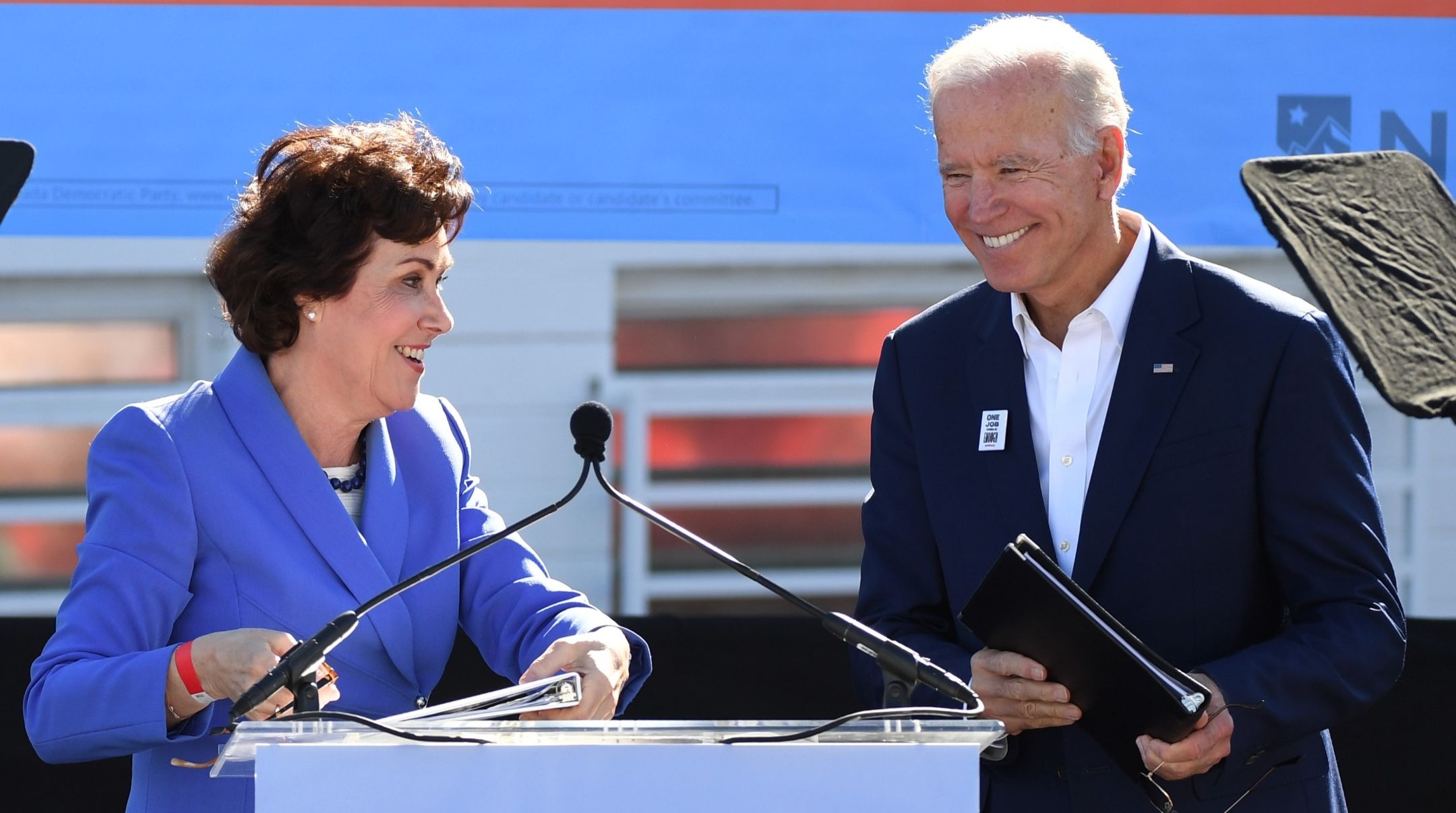 Alexander asked Schiff to comment on the false claim proliferating on the far right that he is in cahoots with the liberal Jewish billionaire, George Soros.

“The main one that’s been circulated is that George Soros and I are related because my sister is married to his son,” he said. “When that first caught on like wildfire, I called my brother and I said ‘Dan I’ve got some good news and some bad news. The good news is we have a sister. Why didn’t Mom tell us? And the even better news is, she married really well.’”

Jewish critics of Trump point to several examples that they say proves he either has a blind spot on anti-Semitism or actively engenders it. Trump has told Jewish donors that he “doesn’t want your money,” has said Jews who vote for Democrats are disloyal to other Jews and posted an ad during the 2016 campaign superimposing Hillary Clinton’s face on a pile of money and a six-pointed star. His first statement on the Holocaust as president omitted any mention of Jews.

Biden rolled out his campaign in April 2019 with a video in which he said he was spurred to run after Trump equivocated in condemning the deadly neo-Nazi violence at a 2017 March in Charlottesville, Virginia. The assumed Democratic presidential nominee has said dozens of times that his campaign is a “battle for the soul of this nation,” and often cites the rise of anti-Semitism.

Alexander asked Schiff and Rosen what he should tell politically conservative Jewish friends who say Trump has been good for Israel. Republicans “paint any criticism of Israel as anti-Semitic,” Rosen said. “We can criticize our own government, we can criticize our spouse or family or kids, it doesn’t mean you don’t love them. It doesn’t mean you shouldn’t have a robust conversation.”

Tickets to the event, made public on Monday by Jewish Insider, were at a minimum $250, although donors could check amounts up to $50,000. About 400 people called in, raising $200,000. (The Jewish Telegraphic Agency obtained a phone call-in number, so a reporter was able to hear, if not see the proceedings.)

Alexander also asked Schiff and Rosen to personalize their Jewish experience, and that’s when the conversation took a turn.

“Do you know how much your bar or bat mitzvah actually cost, within five thousand dollars?” Alexander asked at one point.

Rosen, a former synagogue president who was bat mitzvahed as an adult, knew but would not tell. Schiff said he did not know, except for the fact that his cost less than his older brother’s did.

Did they remember “even one line” of their haftarah? (No.) “I remember having my voice crack,” Schiff said. Had they ever not fasted on Yom Kippur? (Yes.) Had they ever built a sukkah? “Yes!” said Rosen, sounding surprised she was able to answer in the affirmative. (Schiff was a “no.”)

What was their favorite Hanukkah present? “I remember my favorite present when I was a kid,” Schiff said. “It was this self-winding car, you pull back a little lever and it would scoot across the floor.”

“We had the piano bench,” Rosen said. “That’s what that’s where all the Hanukkah presents were, so I just remember always going under… opening presents under the piano.”

After recalling how he set a favorite Gumby doll’s head alight with a menorah flame, Alexander then asked how their Jewishness led them into public service. Neither answer had anything to do with Israel or with religious learning.

Rosen recalled her grandmother discussing the “old country” and the sense of want she attached to it, and how her “bubbe” inculcated in her the idea that she should always reserve something for those less fortunate. For Schiff, it was education.

“My father, who is 92 and is watching us this evening, telling me how, the one thing they can’t take away from you is your education,” he said.

Alexander also asked them to describe personal experiences of anti-Semitism. Both their answers typified the experience of their generation — Rosen is 63 and Schiff is 60.

“I don’t have an actual memory of it but a memory of a story,” Rosen said.

Her parents “took me to Florida I think must have been about 1960 or so, and we were swimming in a pool, and somebody came up to my mom and said she had to take her daughter out of the pool,”  Rosen said. “‘She’s a dirty Jew, you have to get out of the pool’.”

“It gave me a window into how much anti-Semitism there is,” he said, adding that he informed the pastor he was speaking to a Jew.