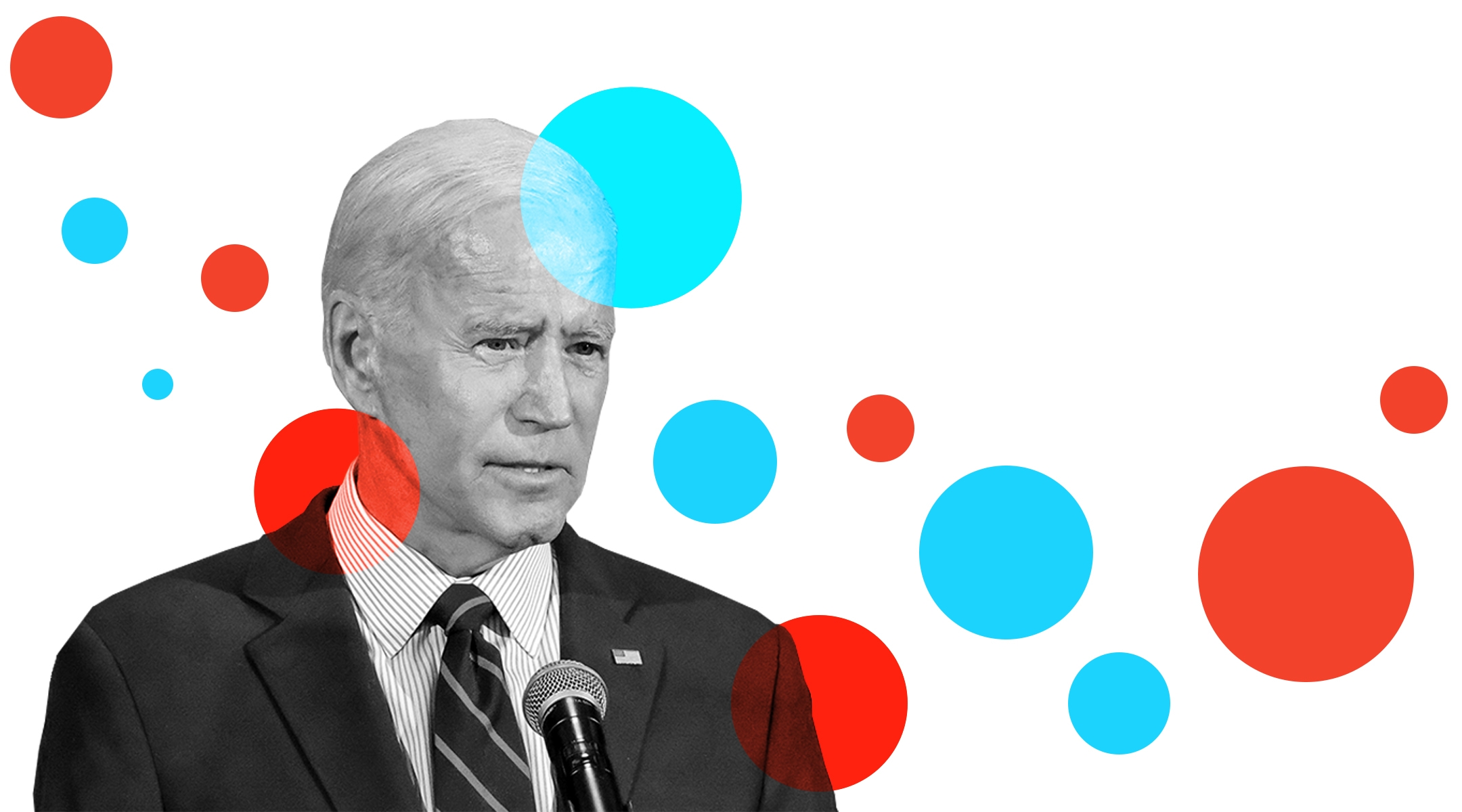 (JTA) — The former vice president and senator Joe Biden has had a long career in politics — 46 years and counting. He’s been a close ally of American Jewish communities and of Israel for that time, and now he’s a leading contender to win the 2020 Democratic nomination. Here’s how he has stood on Jewish issues more recently.

What has Joe Biden said and done to address anti-Semitism?

In 2014, his vice presidential twitter account shared a strong message: “There is no threat that worries me more than the rising tide of anti-Semitism. There can be no tolerance for anti-Semitism.”

"There is no threat that worries me more than the rising tide of anti-Semitism. There can be no tolerance for anti-Semitism." -VP Biden

In 2016, speaking at the annual conference of AIPAC, the country’s largest pro-Israel lobby, Biden said, “Israel will always exist strong and capable as the ultimate guarantor of security for Jewish people around the world. That is the abiding moral obligation we have. Never, never, never again and without Israel, there is no guarantee… the pernicious and persistent evil of anti-Semitism. It continues to rear its ugly head. It’s on the rise in too many parts of the world, particularly in Europe.”

What about domestic anti-Semitism?

Biden has shaped his presidential campaign as a battle for the “soul of the nation” and has made Trump’s reaction to Charlottesville a key part of his campaign. In the launch of his candidacy, Biden describes those who marched in Charlottesville in August 2017 as “baring the fangs of racism, chanting the same anti-Semitic bile heard across Europe in the 1930s.”

When Trump called American Jews who vote for Democrats “disloyal,” Biden responded: “Mr. President, these comments are insulting and inexcusable… It may not be beneath you, but it is beneath the office you hold.”

When he released a statement about the Poway synagogue shooting, Biden said, “we must speak out against bigotry and gun violence,” and again emphasized that “We’re in the battle for the soul of this nation,” something he’s tweeted about 30 times.

When I talk about the soul of this nation—I’m talking about the values America stands for on the world stage. Values that have been tarnished by Trump.

I’m the only one on tonight's stage ready to rebuild our global reputation and restore our moral leadership on day one.

Biden has not spoken about Omar’s divisive comments, but he did urge the Netanyahu government to allow her to visit after Trump urged Israel to keep her out.

What’s his plan as president?

Biden wrote in a JTA op-ed that he would encourage people to condemn hate, push for a federal domestic terrorism law and pass gun control reforms to combat anti-Semitic violence.

“We can craft legislation that respects free speech and civil liberties, while making the same commitment as a nation to root out domestic terrorism as we have to stopping international terrorism,” he wrote.

What does he say about the movement to boycott, divest from and sanction Israel — commonly referred to as BDS?

He’s firmly against the movement.

Speaking at AIPAC in 2016, Biden said, “It’s wrong. It’s wrong. I know it’s not popular to say, but it’s wrong, because as the Jewish people know better than any other people, any action that marginalizes one ethnic and religious group imperils us all.”

What is Biden’s relationship to Jewish groups?

Over his decades in politics, Biden has developed a strong relationship with AIPAC. In 2013, at AIPAC’s annual conference, Biden said, “I did more fundraisers for AIPAC in the ’70s and early ’80s than just about anybody.” He is a regular at the annual policy conference, and he’s spoken at the conference of J Street, the liberal group that supports a two-state solution and puts pressure on U.S. parties to achieve it.

One of Biden’s favorite stories to tell is a childhood memory of his father: It is 1948, just before Israel’s founding. Biden is 6 years old and sitting at the dinner table with his family, and his dad explains that he cannot understand how there are people who didn’t want to recognize Israel as a state. That’s where he first learned the phrase “Never again,” he says (even though that phrase wasn’t popularized until years later). Biden goes back to this anecdote often in speeches to emphasize his lifelong pro-Israel beliefs.

As the Jewish Telegraphic Agency’s Washington correspondent Ron Kampeas noted, “Many folks on the pro-Israel circuit have memorized Biden’s Jewish anecdotes, but that doesn’t diminish the applause.”

Okay, now let’s get in-depth about his thoughts on Israel and its policies.

In 1986, in a speech to the Senate about arms sales to the Middle East, Biden said, “It’s about time we stop apologizing for our support for Israel, there’s no apology to be made. It is the best $3 billion investment we make. If there weren’t an Israel, the United States of America would have to invent an Israel to protect her interests in the region.”

In 1973, as a 30-year-old senator from Delaware, Biden’s first overseas trip was to Israel. It was the eve of the Yom Kippur War, and Biden met with then-Prime Minister Golda Meir. He has called it “one of the most consequential meetings I’ve ever had in my life.”

The anecdote of Biden meeting Golda Meir, as JTA’s Ron Kampeas has noted, is another “staple of his Jewish speechmaking.”

“I remember meeting for close to an hour with her,” Biden recalled in a 2015 speech on Israeli Independence Day. “She went through what happened in the Six-Day War, and the price that was paid. And I just had come from Egypt… It turns out it was maneuvers taking place in the desert. And I was really worried. And we went through, and she painted a bleak, bleak picture — scared the hell out of me, quite frankly, about the odds.”

“She said, senator, you look so worried. I said, well, my God, Madam Prime Minister, and I turned to look at her. I said, the picture you paint. She said, ‘Oh, don’t worry…we have a secret weapon in our conflict with the Arabs. You see, we have no place else to go.’” 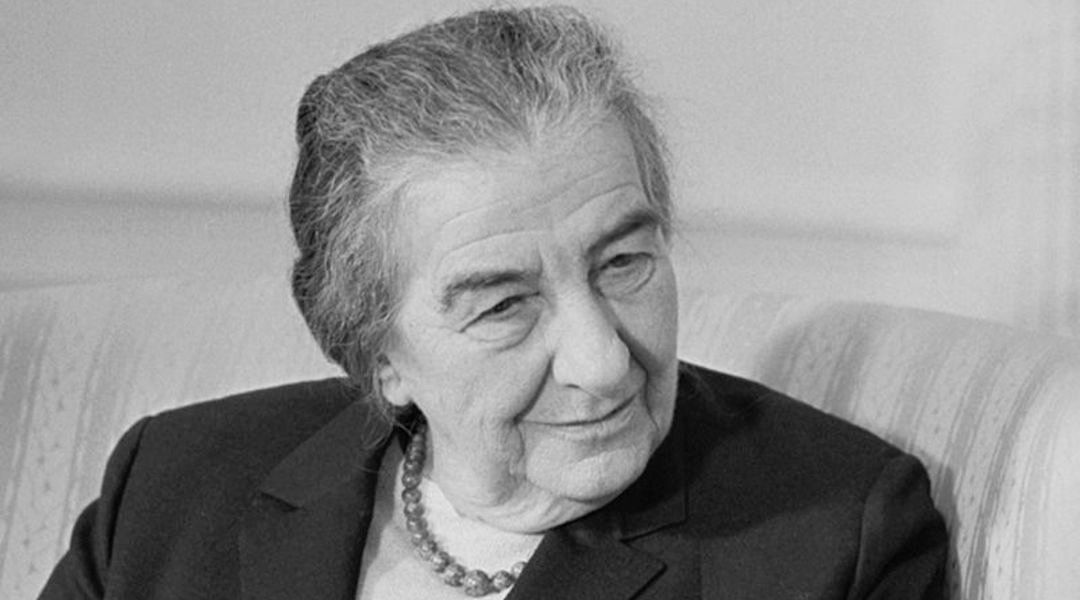 Biden has since called himself a “stalwart supporter of Israel,” a country that “shares our democratic values.” He also told J Street in 2013 that “there is no contradiction between being progressive and being a supporter of Israel.”

Biden tweeted in November 2019 in the wake of rocket attacks from Gaza that “Israel has a right to defend itself against terrorist threats.

Where does he stand on solving the Israeli-Palestinian conflict?

In August, Biden told the Council on Foreign Relations, “I believe a two-state solution is the only path to long-term security for Israel, while sustaining its identity as a Jewish and democratic state. It is also the only way to ensure Palestinian dignity and their legitimate interest in national self-determination. And it is a necessary condition to take full advantage of the opening that exists for greater cooperation between Israel and its Arab neighbors.”

He continued, “At present, neither the Israeli nor Palestinian leadership seems willing to take the political risks necessary to make progress through direct negotiations,” explaining that as president, his goal would be to “urge both sides to take steps to keep the prospect of a two-state outcome alive.”

When asked about Jared Kushner’s prospects on making progress, Biden laughed and said, “What credentials does he bring to that?”

Biden has gone on record to say that he would not move the U.S. embassy back to Tel Aviv, after Trump moved it to Jerusalem in a controversial move. But Biden would reopen a consulate in East Jerusalem for Palestinians.

When asked by IfNotNow activists if he would “commit to meaningfully pressuring the Israeli government to end the occupation,” Biden replied, “Yes, but you also gotta pressure the Palestinians, to stop the hate, to stop calling for violence.”

Where does Biden stand on the settlements and aid to Israel?

While some other top 2020 contenders have hinted that they might leverage aid to Israel to pressure the Jewish state into making policy changes, Biden has loudly opposed that idea.

Biden told PBS in November 2019, “I strongly oppose Israel’s settlement policy on the West Bank… But the idea that we would cut off military aid to an ally, our only true, true ally in the entire region, is absolutely preposterous. It’s just beyond my comprehension [that] anyone would do that.”

He echoed this in a statement to a Washington Post journalist, calling leveraging aid “absolutely outrageous.”

But that hasn’t stopped Biden from repeatedly criticizing Israeli settlement policy. In 2016, Biden said settlements erode “the prospect of a two-state solution” — echoing the sentiment of his president at the time, Barack Obama, and his cabinet member, Secretary of State John Kerry.

How does Biden feel about Netanyahu?

He goes back and forth, but in 2014, Biden said in a speech at the Brookings Institute, “Send a message to Bibi: I love him. I love him.’ I signed a picture years ago to him. I said, ‘Bibi, I don’t agree with a damn thing you had to say, but I love you.’”

Biden knows his audiences. He delivered both Netanyahus, Good Bibi and Bad Bibi, within six weeks in 2013 in speeches to AIPAC and then to J Street. Netanyahu understood “the imperative of peace,” Biden told AIPAC. Biden was taking Israel in the “wrong direction,” he told J Street.

Speaking at J Street’s 2016 conference, Biden said the direction Israel was headed in was causing “overwhelming frustration with the Israeli government.” Netanyahu was prime minister in 2016, and for the entirety of Biden’s tenure as VP.

Israeli officials remain grateful to Biden for rolling with it after the Israeli government embarrassed him — inadvertently, Netanyahu said — by announcing new building in eastern Jerusalem during Biden’s 2010 visit. Biden condemned the announcement and came late to dinner with Netanyahu — but he stuck out the visit and delivered a barn-burner of a pro-Israel speech.

Biden isn’t Jewish, but he has lots of Jews in his family. Two of his daughters-in-law have been Jewish — his son Hunter’s wife is Melissa Cohen, from South Africa, and his now deceased son, Beau, was married to another Jewish woman, Hallie Olivere. (After Beau passed, Hallie and Hunter dated. It’s messy.) One of Biden’s two daughters, Ashley, is married to Howard Krein, a Jewish otolaryngologist and plastic surgeon.