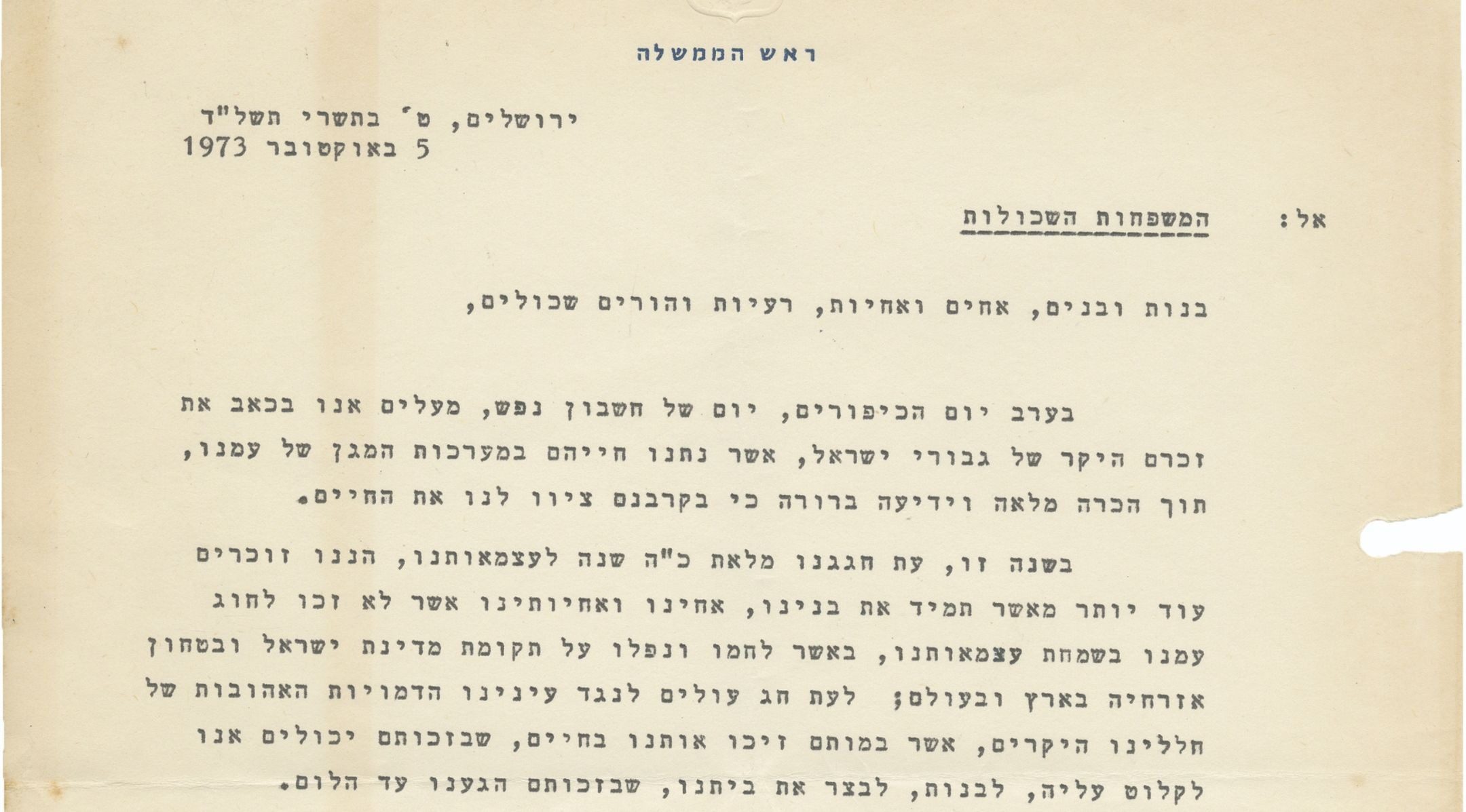 JERUSALEM (JTA) — A letter of condolence to bereaved Israeli families written by then-Prime Minister Golda Meir on the eve of the Yom Kippur War has been discovered.

In the years following the establishment of the Jewish state, it was customary for the prime minister to have contact with the families of killed soldiers, including sending letters for holidays and official occasions. Meir was scrupulous about the custom and frequently corresponded with bereaved families both privately and officially.

On the eve of the Yom Kippur War in 1973, Meir sent a letter, dated Oct. 5, to bereaved families in which she wrote: “Your pain is the pain of the entire nation … Our main concern is  achieving peace for Israel. The memory of our loved ones motivates us to do anything in our power so that there be no more casualties, and we know no more bereavement.”

A day later saw the outbreak of the Yom Kippur War, which claimed the lives of 2,500 Israeli soldiers.

Meir resigned in April 1974 amid public criticism and a loss of confidence in the government.

The letter will be offered for sale at the Kedem auction house in Jerusalem in December.

Maron Aran, an owner of Kedem, said in a statement that the letter “unexpectedly” came to the auction house in the run-up to Yom Kippur this year.

“It evokes, more than anything else could, the tragedy that the State of Israel suffered 46 years ago,” Aran said. “A few hours after the Prime Minister shared in Israel’s national mourning for the victims of previous wars, a new war broke out,” adding thousands of families to the rolls of the bereaved.