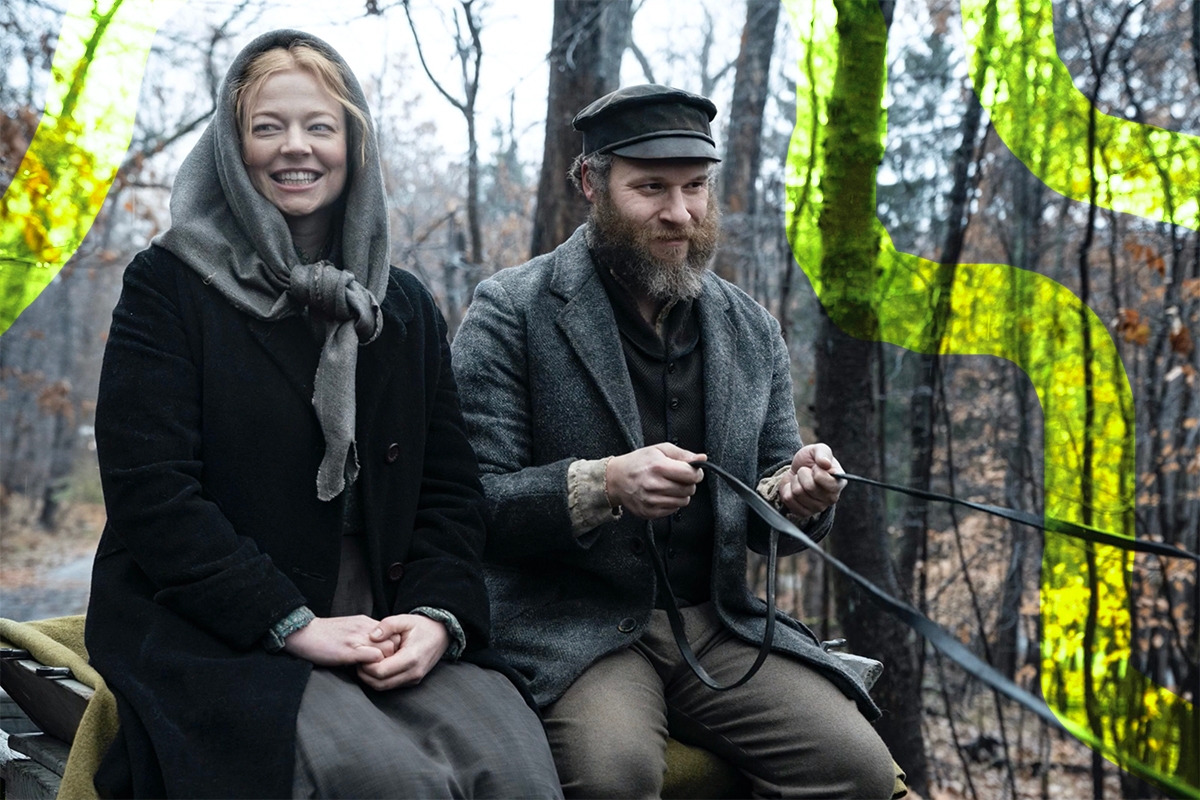 What would our Jewish ancestors think of us? I’ve spent many hours transfixed by black and white photos of my relatives, many of whom perished during the Holocaust, thinking just that. What would they think of me, wasting my hours scrolling through Twitter, lazily sitting at my computer all day, especially when they fought so hard to survive, to thrive, to will me — their progeny, their Jewish legacy — into this world?

But somehow, I never seemed to wonder — if I could meet them, talk to them — what would I think of them?

Seth Rogen’s new HBO Max film, “An American Pickle” — whose poster is reminiscent of those old photos adorning my parents’ walls — explores these dynamics between the generations before us and us present-day, assimilated American souls. At its core, it’s a Jewish family movie, both literally and figuratively. (It’s rated PG-13 and would definitely make a fun movie night with older children.)

“An American Pickle” is a sweet, winning film — and an extremely Jewish one. Based on a short story by screenwriter Simon Rich, its yiddishkeit is felt everywhere from its music, which is a transcendent klezmer-y treat from the Israeli-Dutch composer Nami Melumad; to its sights, the city of Pittsburgh somewhat successfully masquerading as Brooklyn, as well as scenes in the Old Country; and its flavors — it is, as its name suggests, a movie about pickles. Then, of course, there’s the movie’s Jewish protagonist: Seth Rogen plays Ben Greenbaum, a present-day New Yorker, and he also plays his Jewish great-grandfather, Herschel Greenbaum, who, in 1920, fell into a vat of pickles and reemerges after 100 years later perfectly brined, healthy, and the spitting image of his great-grandson.

Rogen playing both these characters is not just a fun shtick but an apt filmmaking choice. In my family’s old, reprinted photos, I often found my nose and my eyes in my great-grandmother, who was killed by the Nazis. A big black and white print of my grandfather, a survivor, bears an almost uncanny resemblance to my brother. In “An American Pickle,” these ghosts are conjured and made flesh in a way that is visually powerful, funny, and evocative. 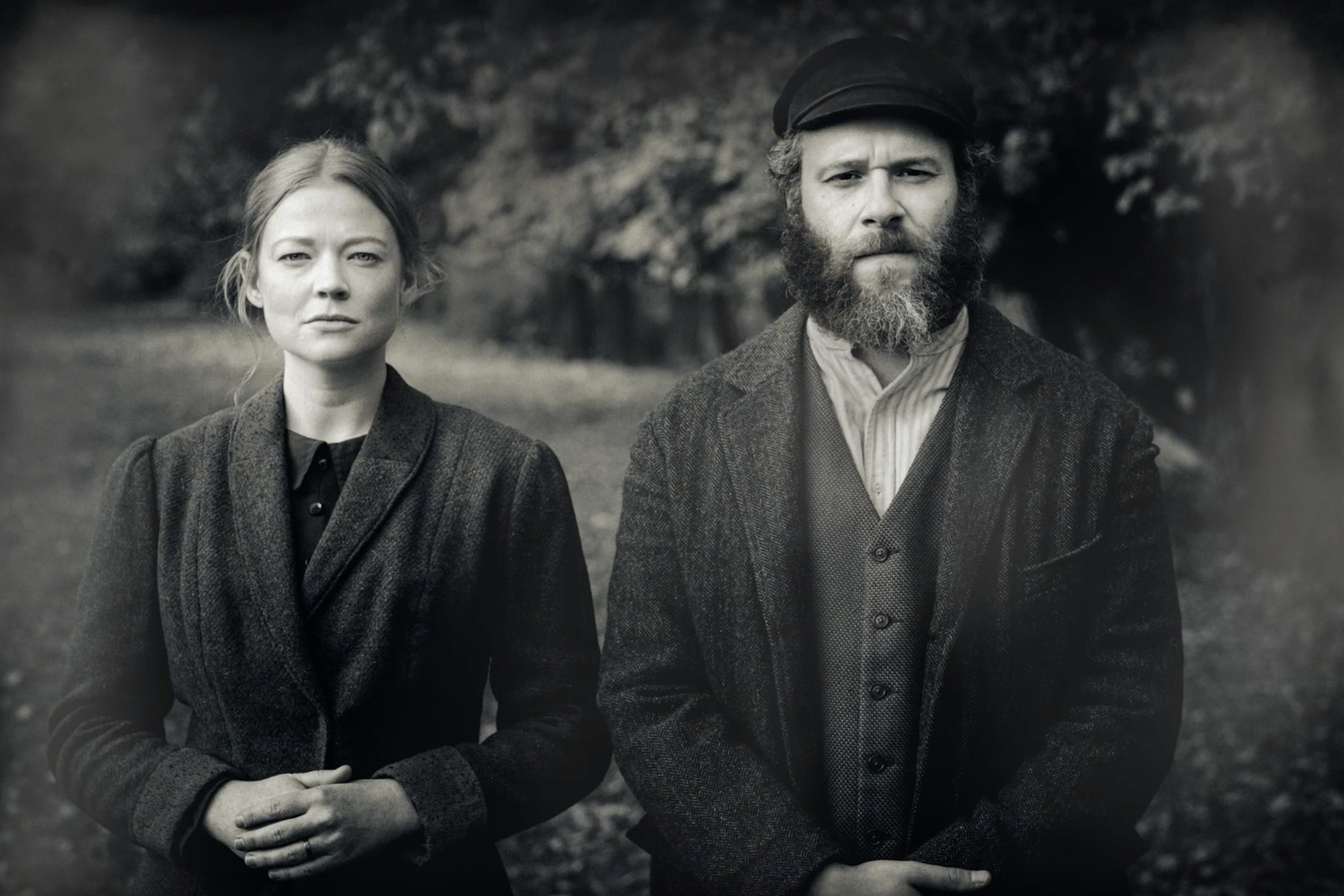 Yet, aside from their looks, Ben and Herschel are, at least at first, different as can be. Herschel is entirely reliant on his faith and religion — all his accomplishments are connected to Hashem’s blessings. He’s also hardened man, used to a life of physical labor, and his rugged face is covered with a full beard. He’s loud, brash, demanding — which is not surprising, given he has had to fight for everything in his life.

Ben, by contrast, is soft, bespectacled, and clean-shaven. (Rogen did not use a prosthetic beard for the film, which means he shot each character’s scenes completely separately.) He’s a freelance app developer, a kombucha drinker, and he’s addicted to the endless scroll on his phone. (There is one very relatable moment in which Ben and Herschel are at a Jewish cemetery and Ben can’t help but read a listicle about cute animals.)

At first, these two get along, but when they fall out over Herschel’s desire to purchase his family’s cemetery plot — values clashing, pride wounded — the Greenbaum vs. Greenbaum fight gets pretty gruesome. Herschel unwittingly uses modern culture — namely, the popularity of blogs and free internships — to create a popular artisanal pickle business, while Ben very wittingly using the same culture — specifically, its love for internet outrage — to sabotage his descendant in pretty vicious ways. (Basically, he tells Herschel to get on Twitter and broadcast his 1920s political opinions — which have not aged well, as you might imagine.)

The movie can be brutal in these scenes of familial strife, but in one aspect, it seems always tender: “An American Pickle” celebrates the beauty of Judaism in our everyday life, including the pride we feel when we see another Jew accomplish something great (like invent the vaccine for polio!). And there’s also the beauty of Jewish religion, the comfort of its texts and rituals, a comfort that even Ben, who is secular and reticent, grows to rely upon when he ends up at a synagogue in Poland and is invited to be part of a minyan and say the Mourner’s Kaddish.

Jewish mourning rituals are, for me, and for so many Jews, a source of great comfort. Even if you are completely secular, like me, you can see in their design, which was passed through generations, a holistic, compassionate approach to grief — one that we make space for every week in synagogue services.

As Jews, we love to go there, to acknowledge and probe the painful parts. To argue. To air out our disagreements, and through tears and frustration build a closer bond to one another — even if it isn’t a perfect understanding. It’s by tearing at each other that Ben and Herschel discover what unites them.

The humor of “An American Pickle” is refreshingly not self-deprecating. While Ben has a softness and an insecurity to him, he isn’t a caricature of the nebbishy Jewish man. Perhaps that’s because there is no romance in the movie — aside from the love story between Herschel and his wife, Sarah (played by the wonderful Sarah Snook from “Succession”), which is wonderfully endearing. 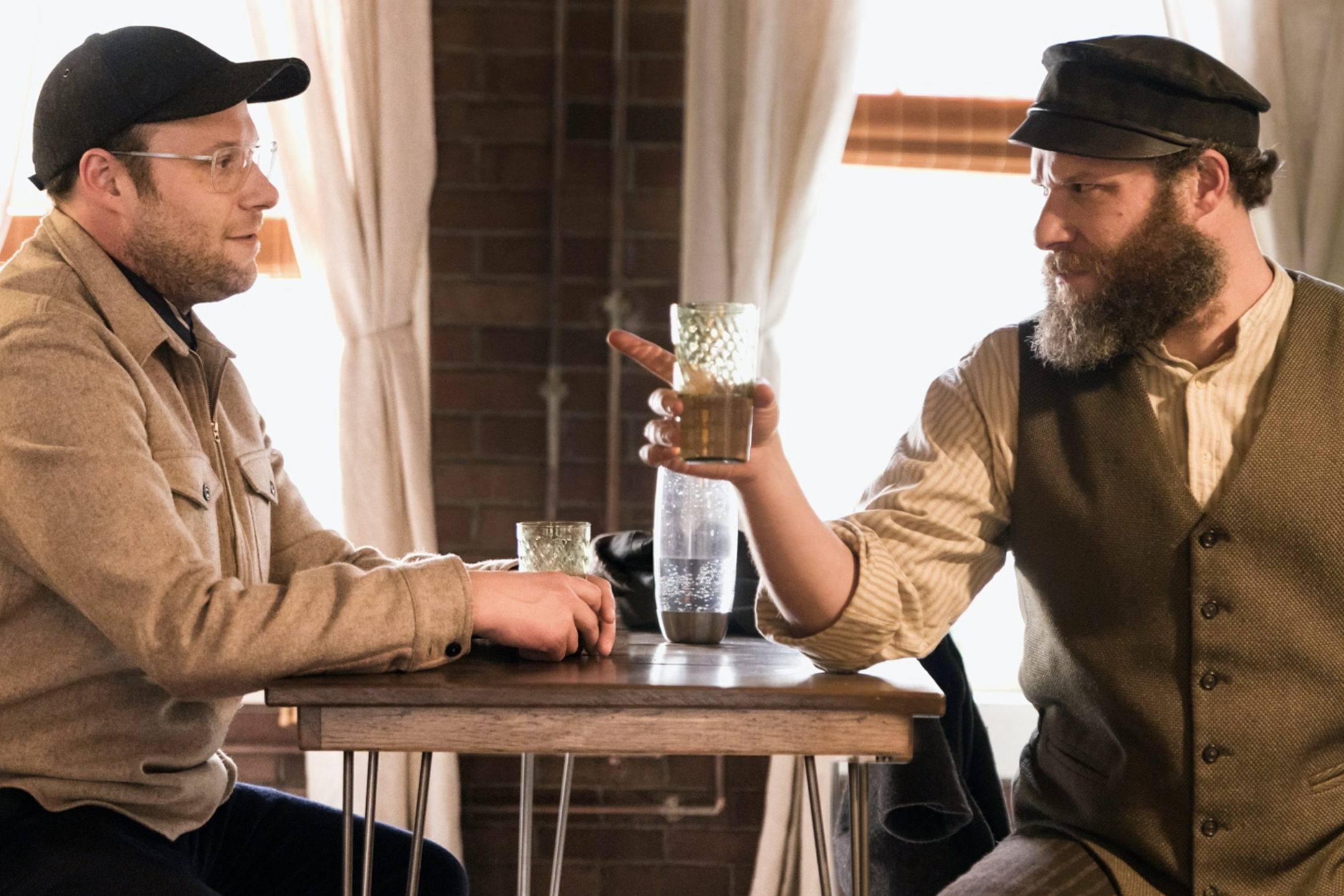 Here, the love story is between a man and his family, because, ultimately, Herschel and Ben grow to love and understand each other. Whereas the younger Greenbaum shuns the old ways, trying to disentangle himself from his Jewish identity, Herschel meanwhile tries hard to hold on to the ideas of the past and of what his descendants should be. But when the two let go of their rigidities they finally come together. The two men realize that they are united — if not by religion then by pickles, using the delicacy as way to honor those who came before them and those who will come after. That desire — to make our parents and our grandparents proud, to make give our children a better future — it is something that unites us all.

If I have some reservations about this movie, it’s that it doesn’t push hard enough at the painful parts of Jewish existence. The Holocaust isn’t mentioned, and anti-Semitism and its continued pervasiveness in the Jewish experience aren’t really addressed. It also doesn’t delve deep enough as to why Ben, whose Jewish ancestors fought for survival and to continue their Jewish lineage, feels so uncomfortable about his Jewish identity.

Sure enough, as Jews, many of us will find flaws in Rogen’s movie. Two Jews, three opinions, right? But at the end of the day, “An American Pickle” is a loving Jewish film, and discussing it (or arguing about it!) is sure to enrich your Jewish family dinners or Zoom Shabbats. It’s the perfect Jewish summer movie and is worthy of becoming a new Jewish American classic.