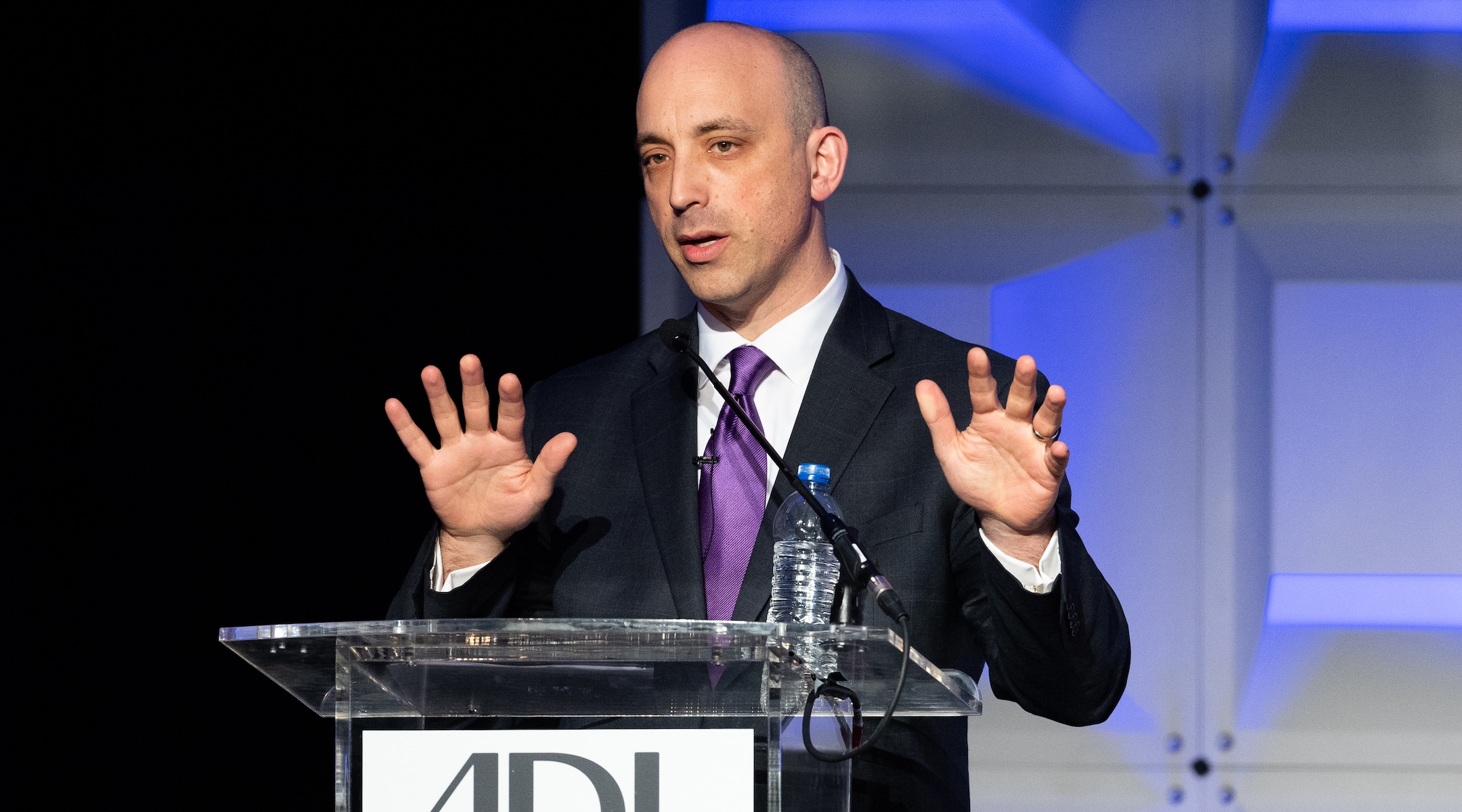 (JTA) — Liberal Jewish allies of the Anti-Defamation League are coming to its defense after more than 150 progressive groups signed an open letter calling for the ADL to be excluded from social justice coalitions.

The allies include the three major non-Orthodox denominations, which put out a joint statement condemning the letter and anti-ADL campaign.

The Campaign, called Drop The ADL, criticizes the ADL’s work with police forces across the country as well as its support of Israel. Spearheaded by a coalition of pro-Palestinian and left-wing groups that disapprove of the ADL’s ties to law enforcement, the campaign follows earlier left-wing pushes against the Jewish anti-bigotry group.

The campaign comes on the heels of a high-profile ad boycott of Facebook spearheaded by the ADL, NAACP and other civil rights groups. The boycott recruited more than 1,000 companies, including a range of marquee brand names, to pause advertising on the social media giant for at least a month to protest its inaction on hate speech.

The signatories to the anti-ADL campaign say that kind of effort, as well as local anti-bias work that the ADL supports, should not cause progressives to forgive more problematic aspects of the group’s record.

“Even though the ADL is integrated into community work on a range of issues, it has a history and ongoing pattern of attacking social justice movements led by communities of color, queer people, immigrants, Muslims, Arabs, and other marginalized groups, while aligning itself with police, right-wing leaders, and perpetrators of state violence,” the open letter says. “More disturbing, it has often conducted those attacks under the banner of ‘civil rights.'”

The list of 100 signatories includes an array of progressive groups, such as the Democratic Socialists of America, the Council on American-Islamic Relations, the U.S. Campaign for Palestinian Rights, the Movement for Black Lives, Jewish Voice for Peace and Jews for Racial and Economic Justice. Some have previously criticized the ADL, while others are joining in after a summer in which criticism of racial injustice in law enforcement has taken center stage.

Multiple civil rights groups that have worked with the ADL have not commented on the boycott campaign, including the NAACP, which partnered on the Facebook boycott but has not responded to a request for comment. UnidosUS, an American Latino advocacy group that  announced a partnership last year with the ADL on reporting hate crimes, also declined to comment.

But liberal Jewish organizations that have worked with the ADL are publicly defending its record as a Jewish civil rights organization with a long track record of standing up for marginalized communities. A coalition of Reform, Conservative and Reconstructionist Jewish organizations put out a joint statement Tuesday evening pushing back on the criticism.

“We vehemently reject efforts to silence or shun the ADL,” the statement read. “Many of the criticisms that have been made are unjust or distort ADL’s long record of commitment to civil rights and its successful efforts in legislatures, courts, schools, and communities to fight discrimination and hate. We remain committed to working in our vital coalitions in close partnership with the ADL on our shared desire to fight bigotry, wherever it may be found.”

Mark Hetfield, CEO of the Jewish refugee aid group HIAS, told the Jewish Telegraphic Agency, “This smear campaign takes us in the opposite direction of where we need to go.”

“HIAS has been closely working with ADL for over 100 years and we look forward to working with them for the next 100 years fighting hate and welcoming refugees,” Hetfield wrote. “ADL has long been one of HIAS’ closest and most valued partners and allies in the United States as well as Israel. HIAS stands with ADL.”

“One can disagree with @ADL over Israel policy — and I often do — esp. labeling critics of Israeli policy antisemitic, yet appreciate their stand on travel ban and refugees + track record on civil rights,” Ben-Ami tweeted Monday. “I favor engaging not boycotting those with whom we disagree.”

One can disagree with @adl over Israel policy – and I often do – esp. labeling critics of Israeli policy antisemitic, yet appreciate their stand on travel ban and refugees + track record on civil rights. I favor engaging not boycotting those with whom we disagree.

In a statement, the ADL called the campaign an attempt by anti-Israel groups to divide a civil rights coalition.

“These are many of the same groups who have been pushing an anti-Israel agenda for years,” the statement said. “It says more about them than about us that at this moment of great unity around equal justice for all, they would launch this effort against one of the largest and oldest Jewish organizations in America. They will do nothing to stop the important work we do every single day, in close partnership with many prominent civil rights groups, to stop the defamation of the Jewish people, and to secure justice and fair treatment to all.”

The ADL, which historically has aimed to oppose anti-Semitism and bigotry across the political spectrum, has previously been a target of criticism from groups on the left and right. In 2018, several of the groups behind the current anti-ADL effort lobbied Starbucks to drop the ADL from its high-profile anti-bias training.

Groups on the right, meanwhile, say the ADL focuses too much on right-wing extremism while giving a pass to anti-Semitism on the left. The Zionist Organization of America, a right-wing group, has issued a ream of news releases attacking the ADL for what it sees as going soft on opponents of Israel.

The progressives’ campaign draws on the ADL’s support for Israel, as well as its work with police forces, which includes a broad anti-bias training program as well as counterterrorism seminars and delegations to Israel. In many cases, it cites incidents that occurred under the ADL’s previous national director, Abraham Foxman, who stepped down in 2015.

The campaign also renews criticism that the ADL spied on Muslim and other civil society groups in the 1990s. In 1999, the ADL settled a class-action suit over the spying.

Under its current CEO, Jonathan Greenblatt, the organization has been a frequent critic of President Donald Trump and many of his statements and policies regarding Muslims, immigrants and other marginalized groups. Its research on and reporting of anti-Semitic incidents and white supremacist activity have been widely cited by those seeking to sound the alarm over rising extremism in the United States.