In the Netherlands, judges can fine and lock up Jewish men who refuse to give their wives a religious divorce 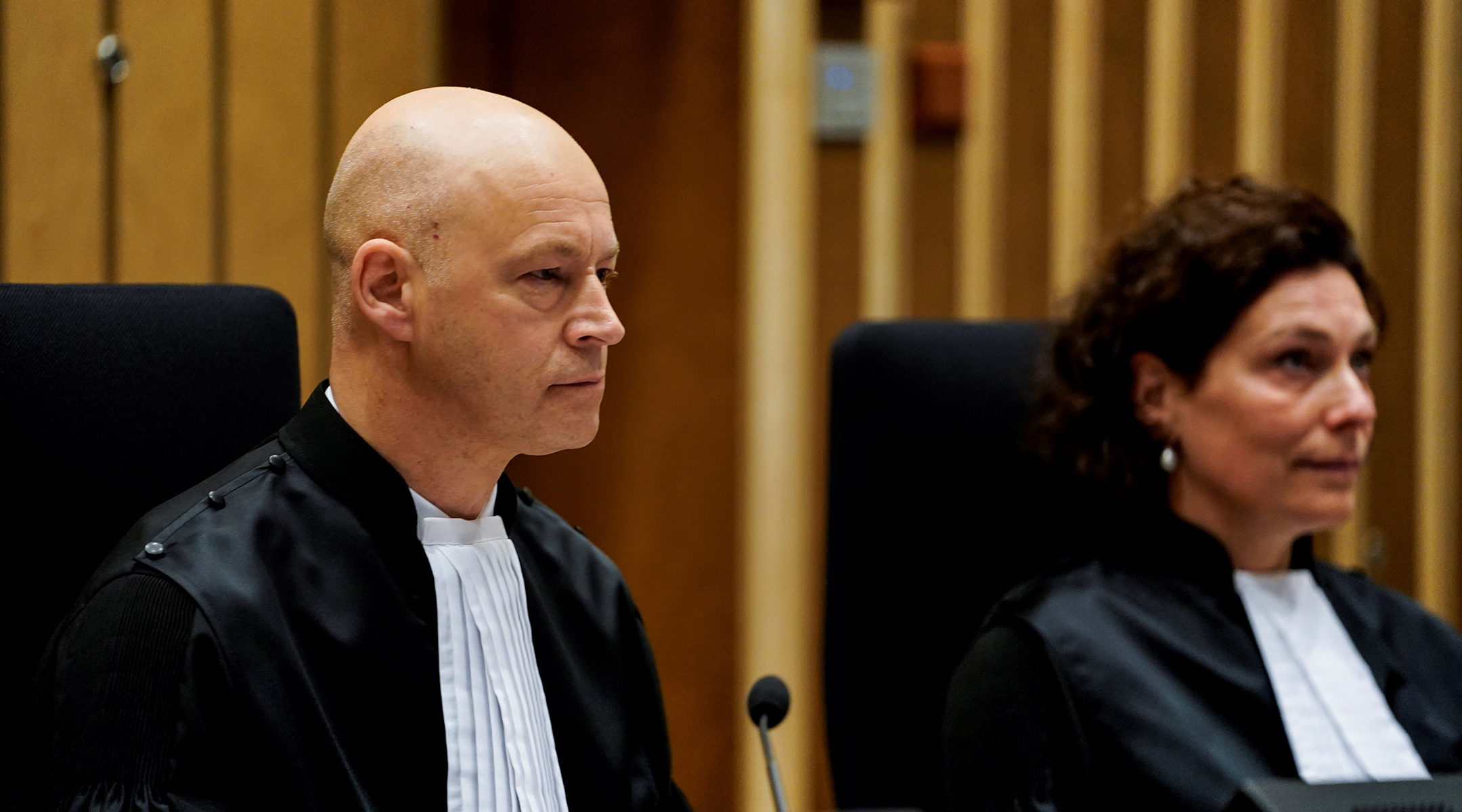 AMSTERDAM (JTA) — Sara’s marriage was dead, but she couldn’t end it herself.

As an Orthodox woman, Sara — not her real name, for privacy concerns — needed a “get,” or religious consent to divorce, from her husband to end the process. But he wouldn’t give her one, and rabbis couldn’t help.

Sara, a mother of one in her 40s who works as a buyer for large businesses, was what is called an agunah, or “chained woman.” The plight of these women is seen as a major point of gender inequality in Orthodox Judaism, and Orthodox rabbis have invested effort in recent years to address it.

In the end, Sara was helped most by a nonreligious entity: the Dutch judicial system. The Dutch judiciary is the only one in the world outside of Israel that punishes husbands who refuse to give their wives a get — with significant fines.

Sara’s husband relented after a Dutch judge threatened to slap him with a fine of nearly $30,000. Courts here can impose a fine four times that amount on so-called recalcitrant husbands and even issue arrest warrants against them, as per a 1982 precedent set by the Supreme Court of the Netherlands.

Last year, the Dutch jurisprudence was cemented in legislation: An amendment to the marriage act empowers judges to order individuals to comply with edicts of religious frameworks relevant to their marital bond.

Fines and warrants issued in the Netherlands apply, in turn, across the European Union, giving these husbands records — and chained wives a potentially powerful deterrent. Dutch judges have employed these measures against several dozen recalcitrant husbands since 1982, according to Herman Loonstein, a Dutch-Jewish lawyer who has represented multiple chained wives before Dutch courts.

Many of the cases heard in Dutch courts in recent years have involved couples from Muslim communities, in which women seeking a divorce face similar roadblocks. Millions of immigrants from the Middle East have arrived in Holland over the past decade or so.

Today, Sara has a new partner and is feeling “released from prison,” she told the Jewish Telegraphic Agency.

“You’re trapped, you can’t move forward with your life and someone hostile has this power on you,” she said of being an agunah. “It’s a terrible feeling.”

The Dutch judiciary’s willingness to get involved in this issue is unusual because it contradicts the separation of church and state principle, which is strongly observed in Western Europe. The Dutch courts do not directly interfere with the religious process, which usually involves a beit din, or rabbinical court. But they do label the process of refusing to give a get as “unlawful conduct,” Matthijs de Blois, assistant professor at Utrecht University’s Institute of Legal Theory of the Law Faculty, explained in a 2010 essay for the Utrecht Law Review.

The 1982 Supreme Court ruling here overturned the rulings of two lower courts that had refused to hear a case brought by a chained wife from Utrecht. She had sued her husband in a civil court for refusing to grant her a get.

The District Court of Utrecht, near Amsterdam, declined her lawsuit in 1979, stating that “only the civil aspects of a marriage should be considered.” The woman lost an appeal in 1981.

The high court’s decision bypassed the religious dimension altogether, reasoning that the husband “could be in violation of a rule of unwritten law pertaining to proper social conduct vis-à-vis his divorced wife,” de Blois wrote. 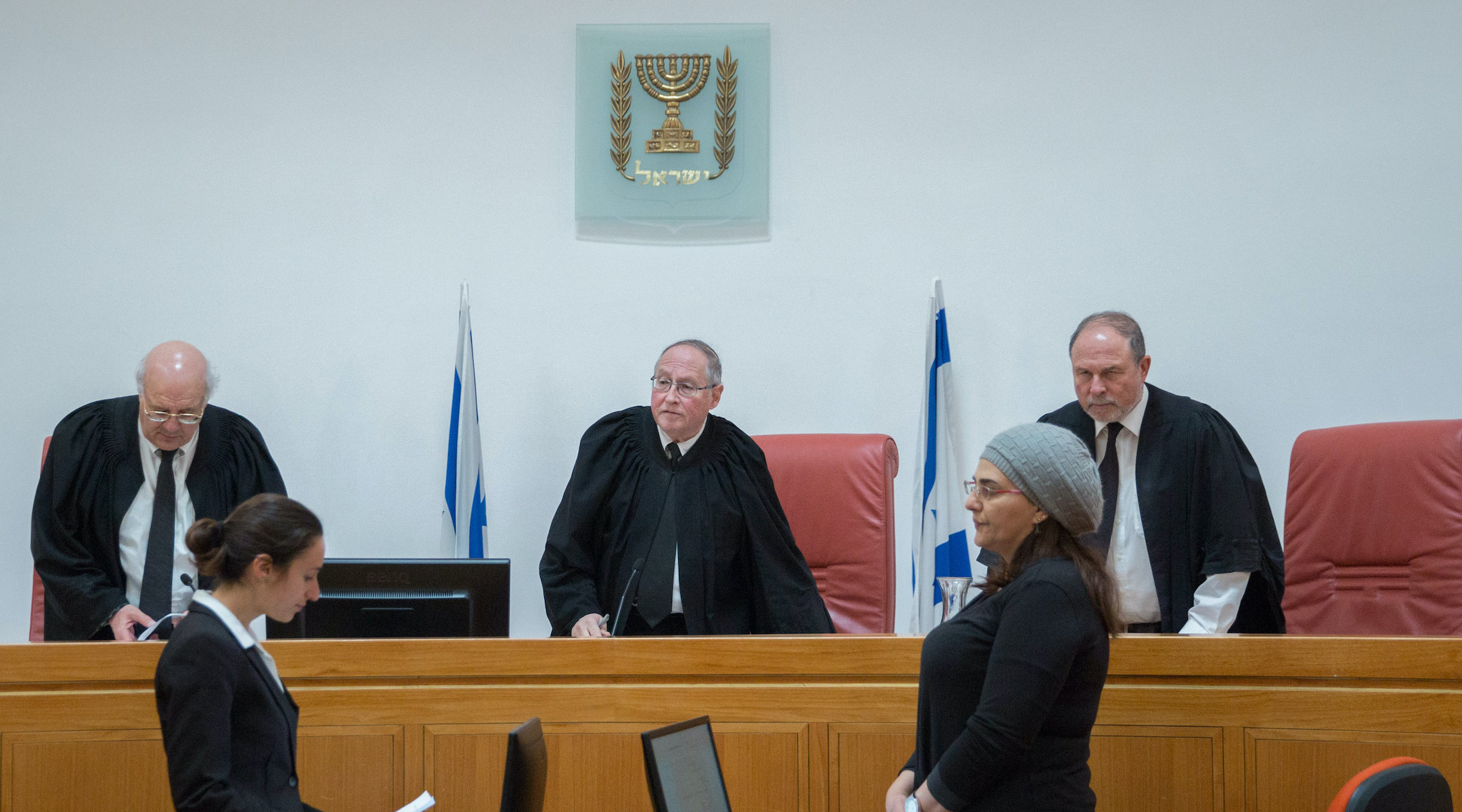 In Israel, which has no separation between religion and state, family courts are also religious ones and run by the Chief Rabbinate. The judges at those batei din belong to the country’s judicial branch and are empowered to fine and imprison recalcitrant husbands, as well as confiscate their passports.

Amid an increased outcry in recent years, the Chief Rabbinate has cracked down significantly on recalcitrant husbands. The pressure is showing results: The number of women who have been unchained in Israel has risen for five consecutive years. The largest increase occurred between 2015 and 2017 — from 180 to 216 — according to the latest statistics on the issue.

The Netherlands is the only country that comes close to that system. The Dutch Justice Ministry has not replied to a request for comment on the matter by JTA.

And in the United States, some Jewish couples sign halachic prenuptial agreements, which stipulate that the spouses in a dissolving marriage must come before a predetermined court of Jewish law or face heavy penalties. As a contract, such agreements are enforceable in civil court.

New York state courts are empowered to enforce rabbinical court edicts on chained spouses as per a landmark 1983 state Court of Appeals ruling. But the enforcement has been limited thus far only to awarding the chained wives higher amounts of alimony, according to Aryeh Ralbag, a former chief rabbi of Amsterdam and a major rabbinical arbiter and judge from New York.

Rabbi Pinchas Goldschmidt, the Switzerland-born president of the Conference of European Rabbis, has been a key advocate of cracking down on recalcitrant husbands, but even he “didn’t think we’d be able to bring about the same kind of deterrence in Europe, with its strong separation of church and state, as there exists in Israel.”

The issue of holding a recalcitrant husband accountable has become more difficult over time, Ralbag said, as Jewish communities have become less centralized.

“When Jewish life in the Diaspora was more centered on community, a beit din could punish people severely for such behavior, imposing a herem,” he said, using the Hebrew word for excommunication or boycott. “Nowadays, many people who get a herem just go to another synagogue, or don’t go to synagogue at all.”

Ralbag, Goldschmidt and Loonstein all support the Dutch judiciary’s proactive approach, but they are also mindful of the risks it poses at a time when Jewish communities — including in the Netherlands — are fighting against government and judicial interference in other religious customs.

All three have been at the forefront of the fight to keep kosher slaughter legal — it was banned but made legal again in 2012.

A similar debate is taking place across Europe about the legality of brit milah, the ritual nonmedical circumcision of boys.

“Am I concerned that this is creating a precedent for interference? In some places, yes, I am,” Ralbag said. “But I and every rabbi need to measure this against the pain and suffering that is being visited on Jewish women right now. And right now, this is what we can do to help them.”