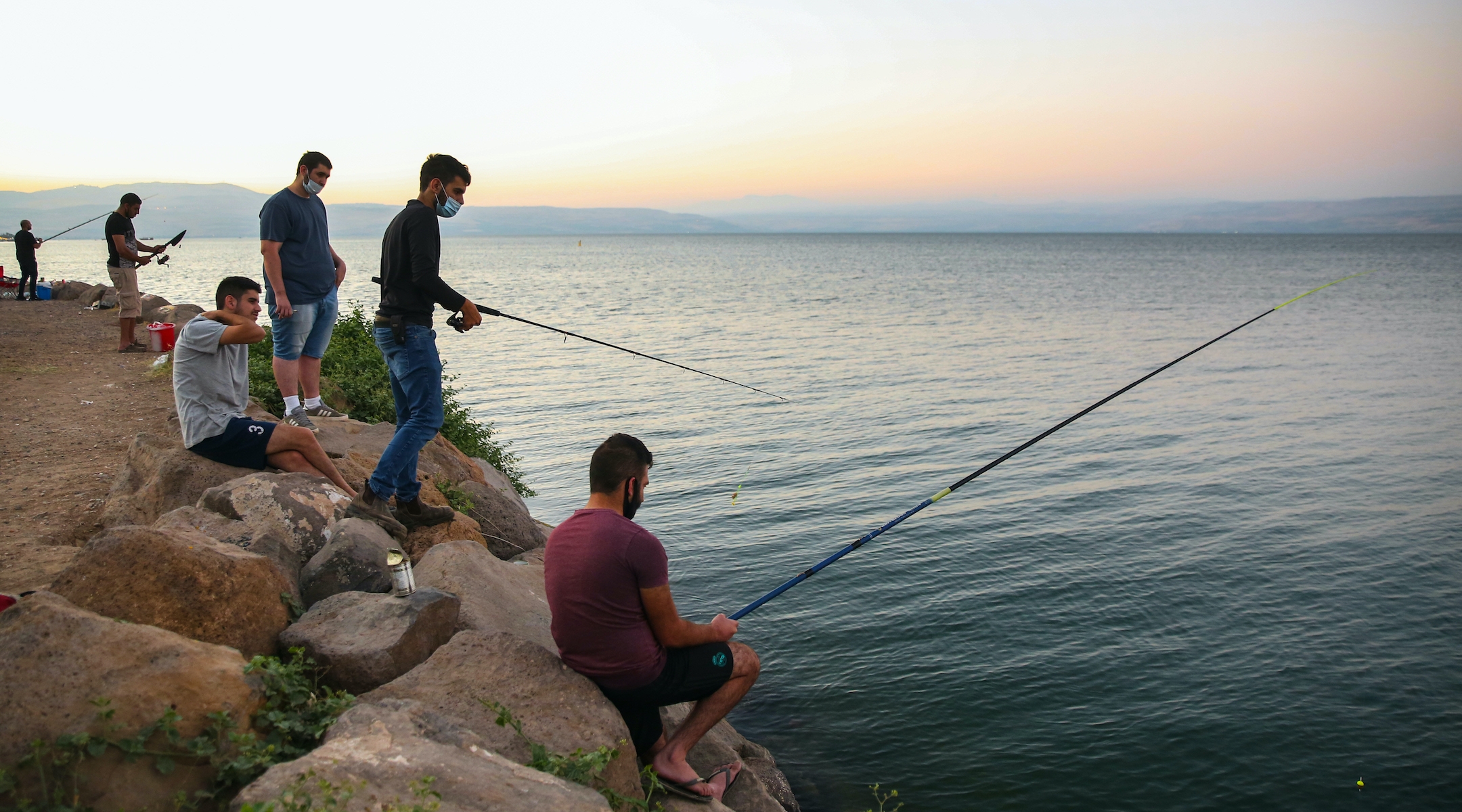 JERUSALEM (JTA) — There’s nothing Israelis like to do better in August than leave the country.

The summertime heat is oppressive, state-subsidized Israeli summer camps have closed by then and many companies encourage or even require employees to take off a certain number of days during the month.

But this year, with the coronavirus pandemic raging, Israelis are trapped. The European Union, the preferred summertime tourist destination for most Israelis, bars visitors from Israel because of the country’s high COVID-19 infection rate. Airplane travel anywhere represents an elevated risk, given the impossibility of social distancing. And Israelis can’t really leave their country by car. (Neighboring Egypt and Jordan, the only border countries with which Israel isn’t in a perpetual state of war, are considered off-limits due to security risks and those countries’ own coronavirus outbreaks.)

Arab critics often deride Israel as living a fantasy that it’s part of Europe rather than the Middle East. Israel’s economy more closely resembles that of a Western European country than those of its Arab neighbors, Israel’s sports teams play in the European leagues and, of course, Israel is a Western democracy, not a Middle Eastern autocracy. After Israel signed open-skies agreements with Europe several years ago, airfare to Europe became as affordable as the price of an Amtrak ticket from New York to Philadelphia, and Israelis now treat Europe as their own backyard.

But this summer, the gates to Europe are closed.

Not to be deterred, however, Israelis are not giving up on their August vacations. It’s just that all 9 million of them appear to be doing it in the same places. The country’s beaches are jammed, popular hiking routes require advance registration to avoid overcrowding, and zoos, parks and picnic areas are wall-to-wall people.

During a recent visit to Israel’s only freshwater lake, the Kinneret, I encountered a field of camping tents packed together so closely that campers could barely exit their abode without tripping over their neighbors. In the water, keeping a safe distance of 2 meters (6 feet) was practically impossible. And that was in July, before peak vacation season.

In August, anywhere you might want to go will be hot, crowded and expensive. Imagine a state with the size and population density of New Jersey but hotels priced like Aspen.

Israelis routinely plunk down $300 to $400 per night for accommodations that wouldn’t merit a second look in most U.S. destinations. A quick browse on lodging websites like Airbnb, Booking.com or Hotels.com makes this clear.

Take this three-bedroom listing on Airbnb in the northern port city of Akko, where $352 per night will get you an apartment with a shower in a corner of the living room, a kitchenette in the bedroom and another bedroom with a toilet in the corner obscured only by a frosted-glass panel. 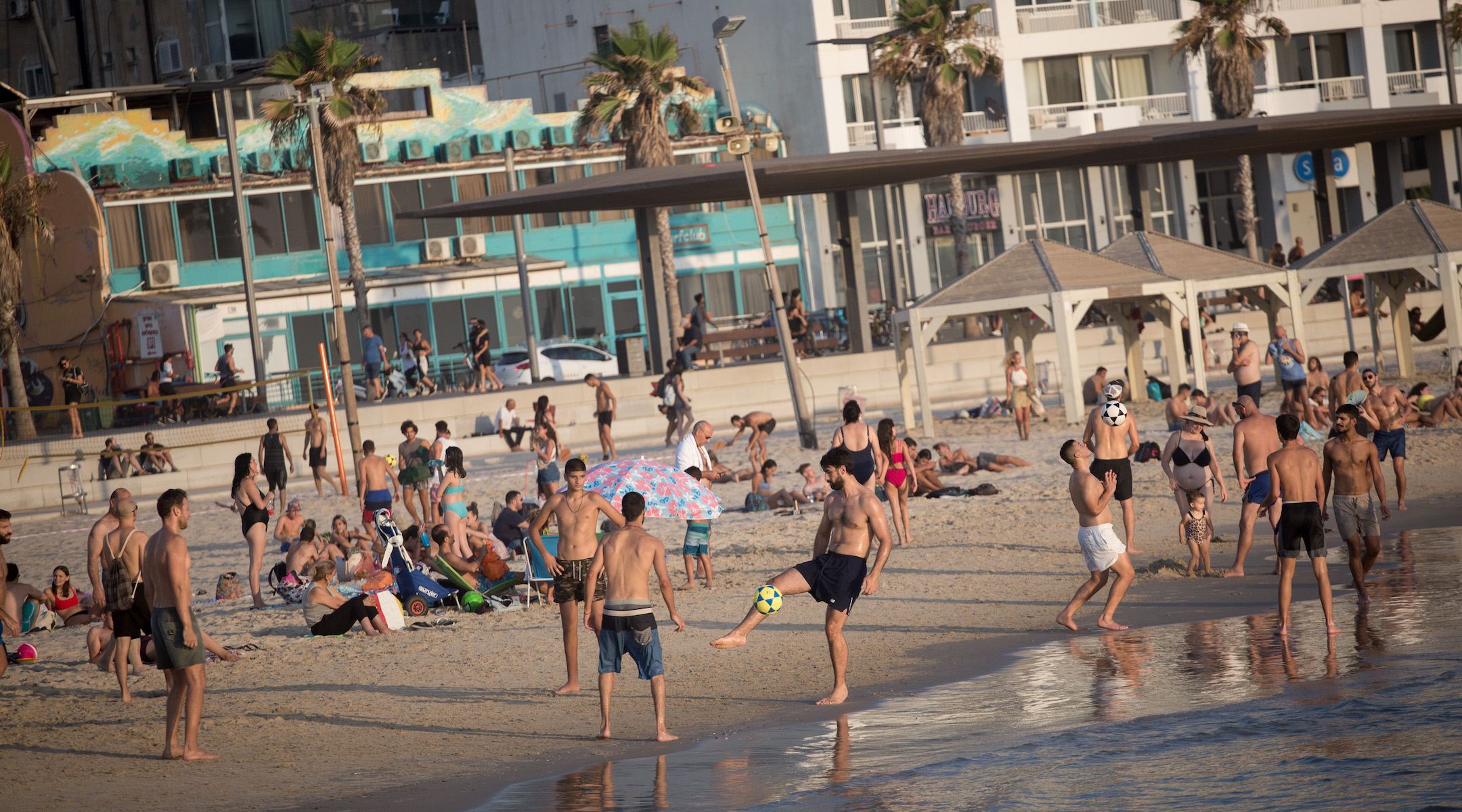 Or you can go to Nahariya, a sleepy seaside city near the Lebanon border where a beachside tent will run you $203 for two nights. To be clear: You will be sleeping on the ground in a Coleman tent that retails on Amazon for $194, except here you’ll just be renting the tent. Prices for a night in a tent in the more popular eastern Galilee or Golan, where the natural scenery is more dramatic, will run you roughly double: $400 for two nights.

Want to sleep indoors? Be prepared to pony up, and don’t have high expectations. Most hotels are fully booked and will run hundreds of dollars a night. Comparably priced vacation rentals might not even feature a queen-sized bed or a view. There are plenty of expensive U.S. summertime destinations, too, but in America’s vast expanse, vacationers have endless options and an array of price points, even with unusual competition for distancing-friendly vacation spots this summer. In Israel, this is all there is.

The other option is a staycation. The positive side of Israel’s tiny size is that if you’re willing to drive, you can spend the day almost anywhere and still sleep at home. This summer, however, you have to be strategic about where you’ll go.

First, think about water. Because of the high temperatures here, outdoor activity during the heat of the day is extremely uncomfortable, so you’ll want to go somewhere where you can splash around. That leaves beaches (beware the jellyfish!), municipal pools (oy, the crowds!), and popular natural waterfalls and rivers, like the Banias on the Golan Heights, the Jordan River or Ein Gedi near the Dead Sea. But get to or register for those places early because they fill up fast (many Israeli nature reserves now require registration to limit overcrowding during the pandemic). Water parks remain closed because of the pandemic.

You could venture indoors, but COVID-19 limits your options (Israel currently has among the world’s highest per capita infection rates, with over 1,000 new cases and about a dozen new deaths per day). Some of Israel’s best museums, like the Israel Museum, the Bloomfield Science Museum in Jerusalem and even Yad Vashem, the Holocaust memorial and museum, have been closed for months due to the coronavirus.

There are a few options underground, where the temperatures are cool all year, including spelunking at the Stalactite Cave Nature Reserve, wading through Hezekiah’s water tunnel outside Jerusalem’s Old City or stumbling through the Alona water tunnel near Caesarea.

Or you could go nocturnal for the summer. Sleep in, nap during the afternoon and schedule your adventures for evening or night, when temperatures and crowds drop (or dawn, before they rise). Night hiking in the desert can be a spiritual experience, with exquisite moonlit vistas and magical silence.

Despite the pandemic, there are still nighttime crowds on the streets of Tel Aviv and old Jaffa, and plenty of great places to grab a bite. If you’re near the sea, the breeze off the water makes walking around quite pleasant. In Jerusalem, you can check out the street party near Balfour Street, otherwise known as the protest site to rid the Israeli government of Prime Minister Benjamin Netanyahu.

Because tourists are not allowed into Israel right now, this summer might be a good time to hit the places usually mobbed by foreign tourists but less popular among Israelis: the historic churches in Jerusalem’s Old City, Christian sites in the Galilee or the Western Wall. Due to the coronavirus, you should bring your own prayer book.

Whether or not you want to offer the traditional prayer — Next year in Jerusalem! — is your call.