How schnitzel became an Israeli staple 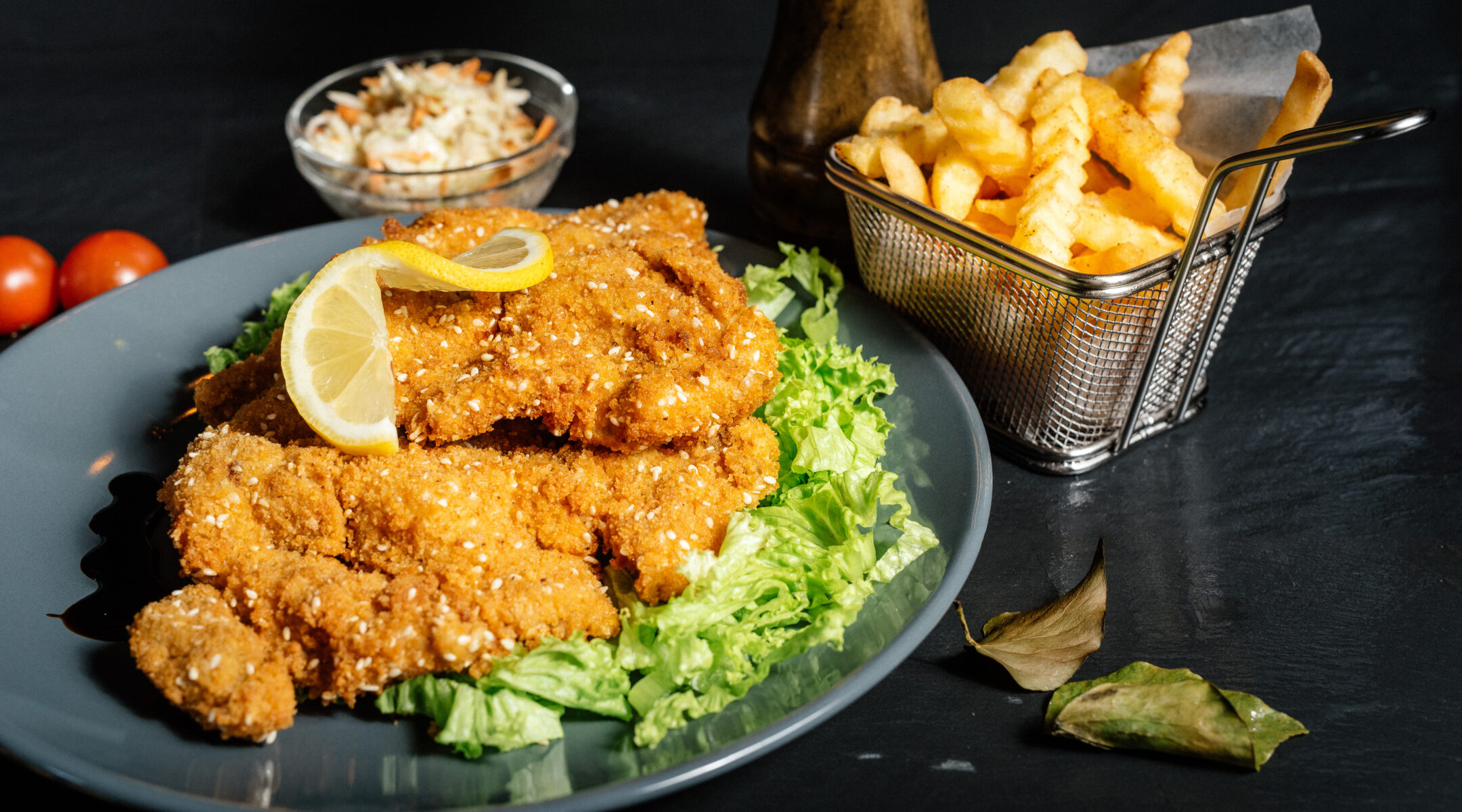 Straddling the line between street food and fast food, schnitzel is something that many Israelis — especially kids — eat everyday. Be it warmed in the oven from a frozen packet, homemade and shallow fried, picked up in a pita from a street-side stall, or as a reliable choice at almost any restaurant. Gourmet schnitzel sandwiches are fast becoming a country-wide food trend, too.

Schnitzel did not start out as an Israeli dish. It originated as either the Italian cotoletta alla Milanese or the Viennese Weiner schnitzel — both breaded, pan-fried veal cutlets. The Israeli version was adapted from the latter, and was introduced by immigrants from central Europe decades before the country was established.

Veal has always been extremely hard to come by in Israel, but chicken and turkey are plentiful and cheap — a logical substitute.

While the protein pick is the biggest deviation from the original dish, there are other ways that Israel made schnitzel its own. Notably, it’s fried in oil, as opposed to butter, due to Kosher dietary laws, which prohibits the mixing of dairy and meat — so no soaking in milk before frying, like Weiner schnitzels, either.

Israelis also like to mix sesame seeds into the breadcrumb coating. Despite extensive research however, I’ve yet to find a definitive reason why. It isn’t surprising, though, given the widespread culinary use — from sprinkled on challah, mixed into za’atar, or ground into tahini. Plus, they add a good crunch.

Lastly, schnitzel is so damn popular; every butcher in Israel carries the “schnitzel” cut: thinly sliced or pounded boneless chicken breasts, ready for coating. In the Encyclopedia of Jewish Food, Gil Marks attributes this to a program run by the Ministry of Absorption in the 1940s, which taught housewives how to prepare simple recipes with easily accessible, cheap ingredients.

I think the opportunity for customization has something to do with schnitzel’s success, too. Breadcrumbs can be swapped for matzah meal come Passover, spices and seasonings can be added to the coating according to taste. It’s the perfect canvas to experiment.

Winner winner schnitzel hack dinner – have you tried our @traderjoes hack for super easy FALAFEL schnitzel!? Link in bio for the recipe.

A quick search on the Nosher brings up multiple exciting variations. You could cut your breadcrumbs with falafel mix for some Middle Eastern spice! Or tenderize your chicken with a pickle juice brine!

You can also make vegetarian schnitzel, like this cabbage schnitzel. Then again, you can always keep it simple with this classic Israeli schnitzel recipe. Because, yes, there is such a thing. Anyway you fry it, it’s classic and delicious Israeli fare.