Kenosha’s rabbi on graffiti at her synagogue: ‘What’s happened these last few days is not about us’ 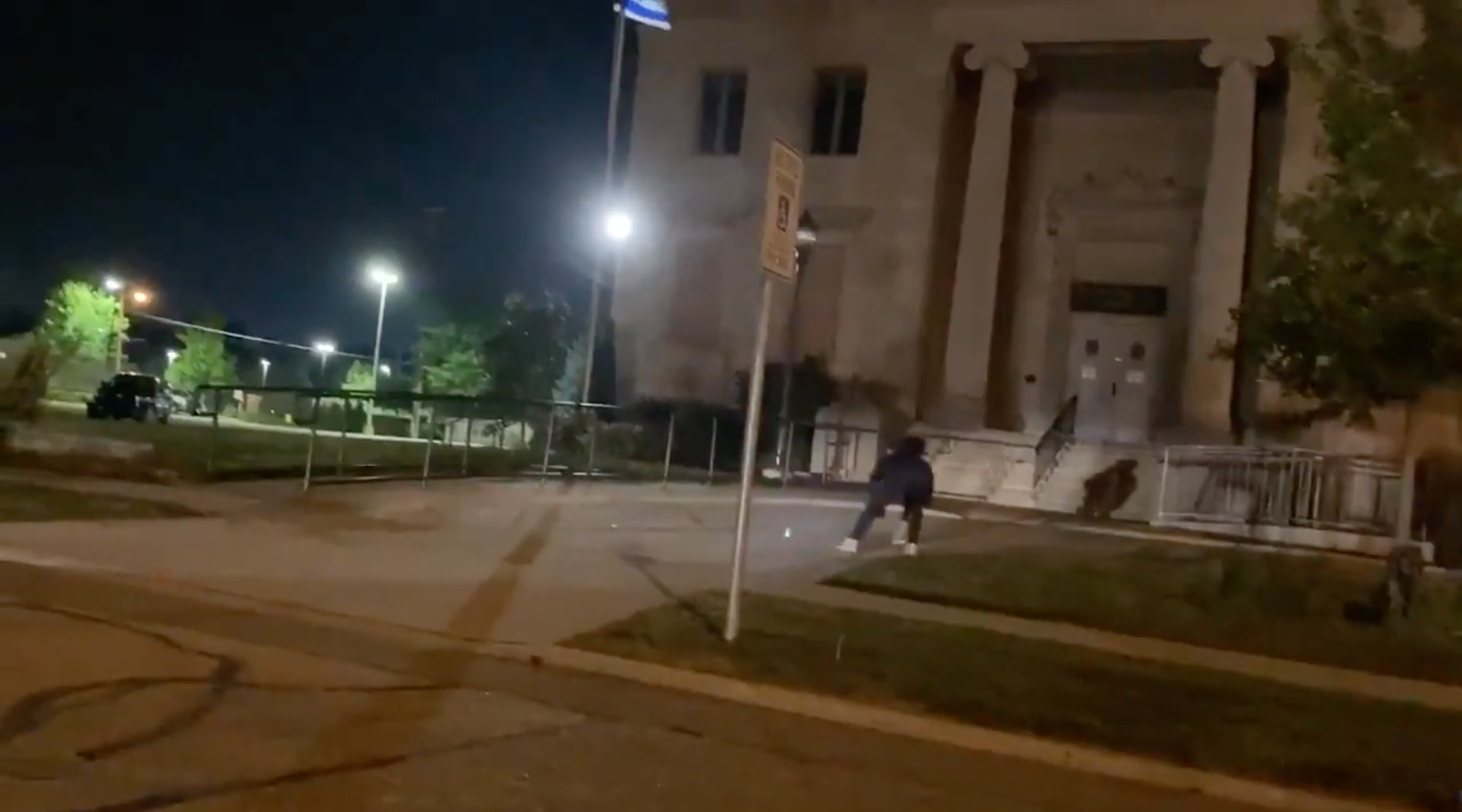 Someone sprays graffiti reading 'Free Palestine' on the driveway of Beth Hillel Temple in Kenosha, Wisconsin on Wednesday, Aug. 26. (Screenshot from YouTube)
Advertisement

(JTA) — In early June, as anti-racism protests swept the country in the wake of the police killing of George Floyd, Beth Hillel Temple in Kenosha, Wisconsin, signed onto an interfaith letter supporting peaceful protest and condemning “a broken societal system which disproportionately affects communities of color.”

This week, Kenosha became an epicenter of renewed protest after a police officer shot a Black man, Jacob Blake, seven times in the back. And on Wednesday night, the 93-year-old synagogue’s driveway was graffitied with the words “Free Palestine.”

Critics of the Black Lives Matter movement have cited similar vandalism as evidence that protests have devolved into rioting. But has the graffiti changed the synagogue’s support for the racial justice movement?

“Absolutely not,” said Rabbi Dena Feingold, who has led the Reform congregation for 35 years. “That’s a trivial matter. What’s happened these last few days is not about us and what’s happened to us. It’s about the issues of systemic racism that plague our society. About police policy, about implicit bias, white privilege and those bigger issues is what this is about. It doesn’t change anything at all.”

Feingold said the protests have felt like they’re happening in the synagogue’s backyard. Beth Hillel Temple is in Kenosha’s downtown, a block away from where two people were shot dead following protests on Tuesday, allegedly by a teenaged gunman from out of state who saw himself as having responsibility for protecting local buildings. It is also near two churches, at least one of which was also graffitied on Wednesday.

“I wouldn’t be looking for particular sympathy,” Feingold said. “All of our buildings have been tagged.”

Feingold said the 125-member family congregation has a long history of standing for social justice. The oldest items in the synagogue archive, she said, are newspaper clippings about how the synagogue participated in National Brotherhood Week during the 1920s.

Earlier this year, the synagogue started a subcommittee on racial justice, and it has also been active on issues like immigration and voter rights. It’s part of a larger faith-based community organizing group that addresses racial justice issues.

Soon after speaking with the Jewish Telegraphic Agency, Feingold headed to a meeting to discuss racial justice.

“We can clean up graffiti,” she said. “It’s not something that lasts, like the killing of a human being or paralyzing of someone, and people of color living in fear when they go about their daily lives.”