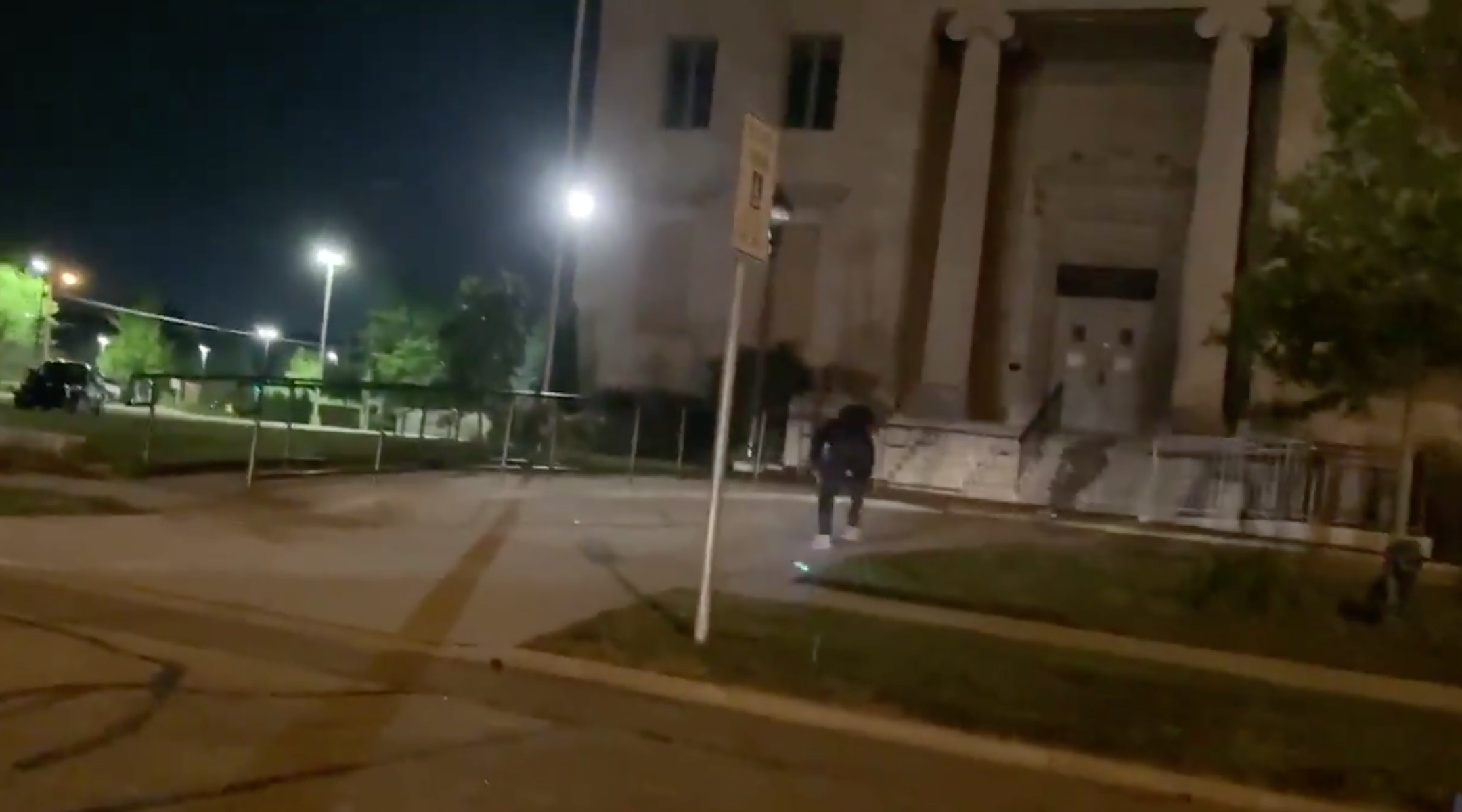 (JTA) — “Free Palestine” was spray-painted in the driveway of the Wisconsin city’s historic synagogue amid the ongoing protests there.

A reporter for the conservative news website Townhall said he filmed a protester painting the words in black in the driveway of Beth Hillel Temple on Wednesday night.

Protests have been ongoing in the city since the police shooting of Jacob Blake, a Black man, on Sunday. On Tuesday, gunman Kyle Rittenhouse, who said he was at the scene of the unrest in order to support police, killed two people following the protests.

The synagogue, which is not in use currently because of the coronavirus pandemic, is located a block away from where shooting during demonstrations on Tuesday night left two dead and one injured.

A church also was vandalized during Wednesday night protests. “BLM” was spray-painted in purple on the sign of Christ the King Church.

Rabbi Dena Feingold of Beth Hillel Temple told the Milwaukee Jewish Chronicle earlier Wednesday that despite damage to surrounding buildings during the protests, including fires, broken windows and graffiti, her synagogue had been spared. Feingold said the former caretaker who lived in the building had been moved out at the start of the protests. The Torah scrolls have been taken out as well.

Someone from the BLM crowd spray-painted “Free Palestine” in the driveway of the Beth Hillel Temple in Kenosha. pic.twitter.com/sJACaqZlai