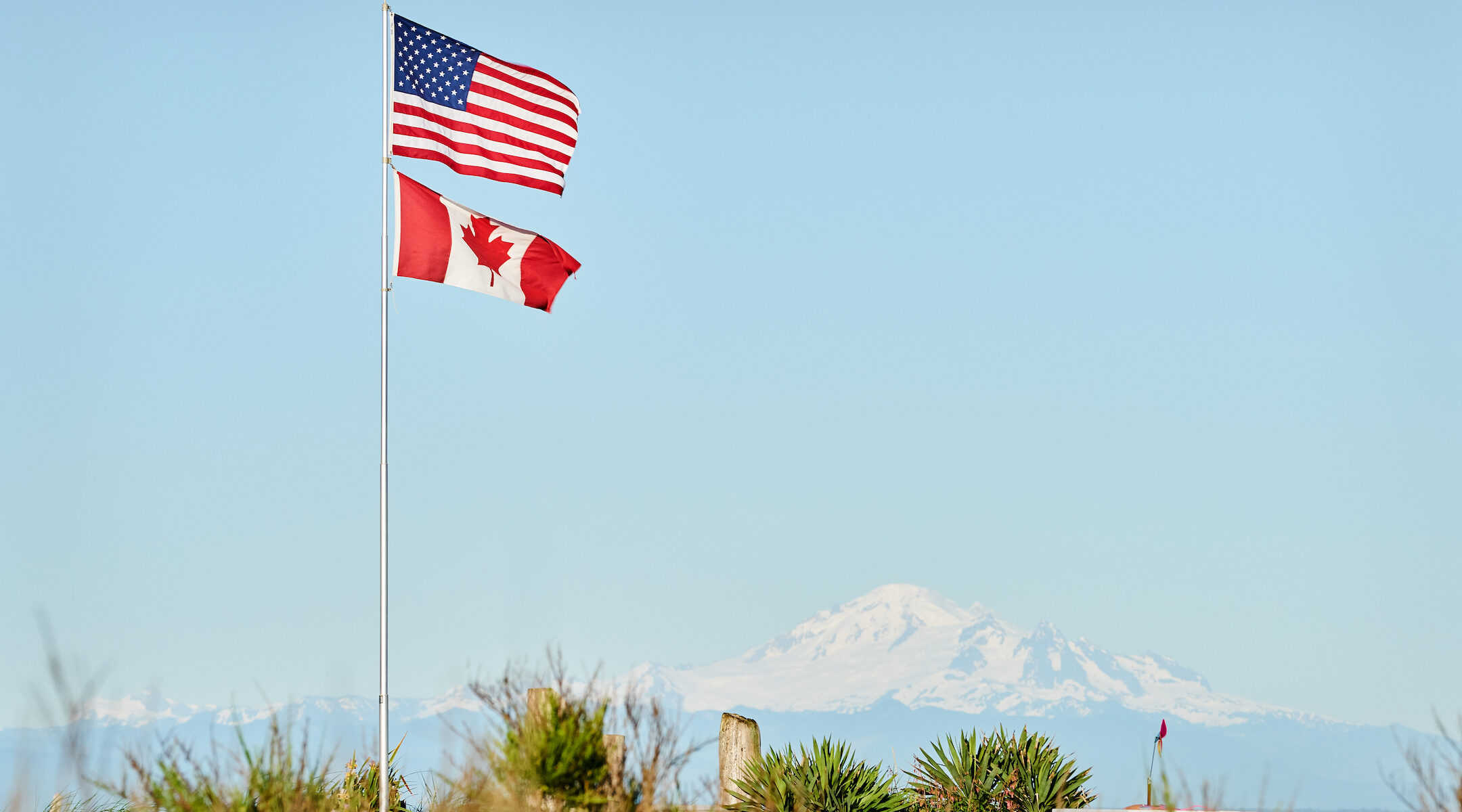 Point Roberts, Washington, is home to about 1,500 Americans whose only overland route to the rest of their country runs through Canada. (Getty)
Advertisement

(JTA) — One morning last week, Henry Rosenthal got in his van and headed north from his home in Washington state toward Canada.

Though it’s been closed to inessential travel for months due to coronavirus restrictions, Rosenthal breezed across the border, where he’s familiar to the guards. He then drove about 24 miles across the southern edge of British Columbia before heading south again and recrossing the border back into Washington state, where he stocked his van with eggs, cereal, baby food and more.

Then he did the whole thing in reverse.

For years, this has been a weekly drill for Rosenthal, 86, the director of the Point Roberts Food Bank. But in recent months, the food supplies that Rosenthal ferries across two international border crossings has become even more indispensable to sustaining the community in Point Roberts, whose economy is massively dependent on cross-border traffic from Canada.

“There’s a need for it, and so we do it. And besides that, I’m an alta cocker,” Rosenthal said, using a Yiddish expression for an old man.

Rosenthal has spent the past 25 years in Point Roberts, a geographical anomaly of five square miles wedged at the southern tip of the Tsawwassen Peninsula, about 20 miles south of Vancouver. Surrounded by water on three sides and bordered by British Columbia on the fourth, the community of about 1,400 residents is U.S. territory under the terms of the Oregon Treaty of 1846, which established the 49th parallel as the border between the United States and Canada. But the only land route between Point Roberts and the mainland United States goes through another country. 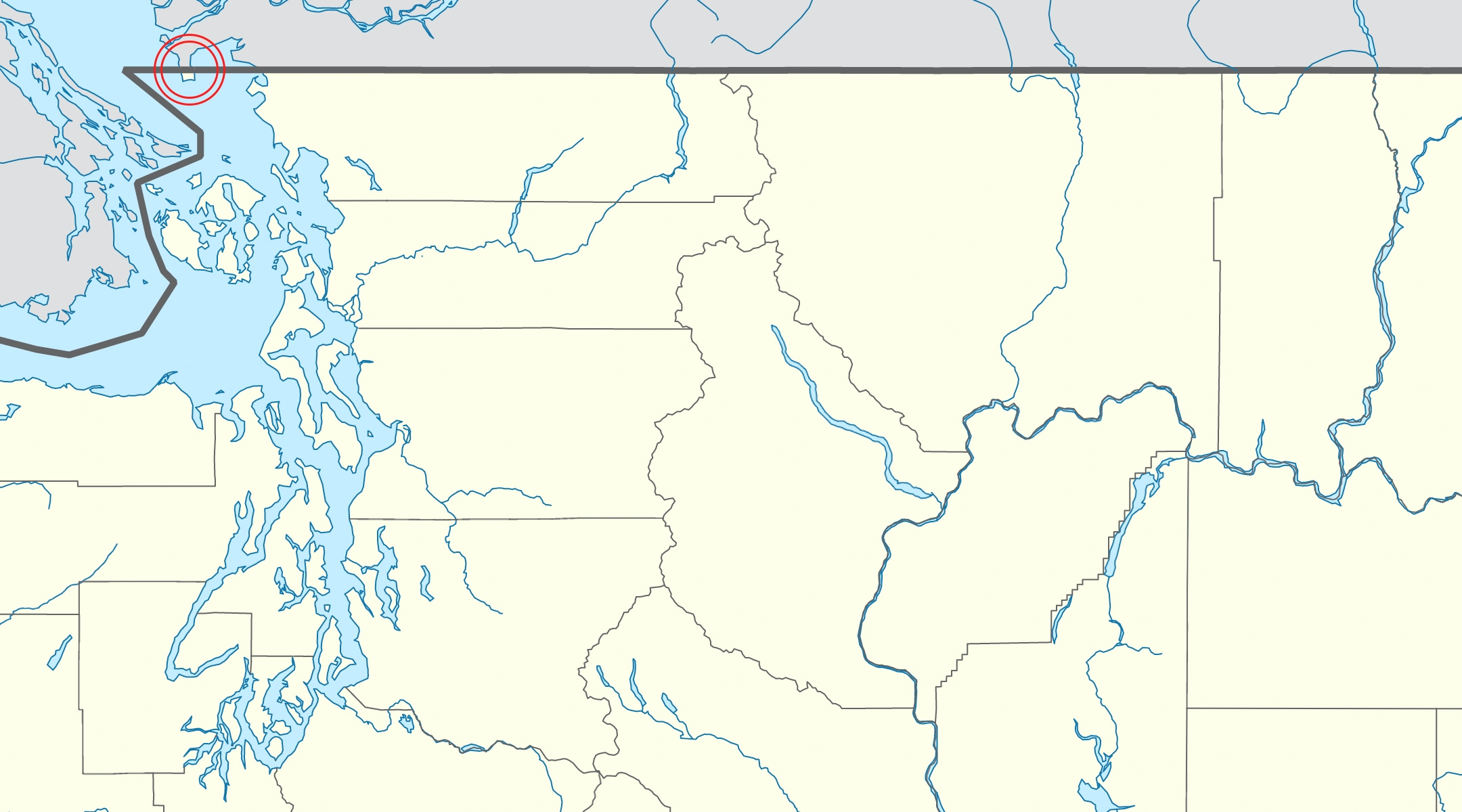 Port Roberts is circled here on a map of the Washington-Canada border. (Wikimedia Commons)

In normal times, that wasn’t much of a problem. As in many border communities, the residents of Point Roberts traveled freely to Canada for school or recreation, and Canadians routinely headed south to Point Roberts for cheaper gasoline or for vacation properties, upwards of half of which are owned by people across the border.

But in March, the border was shut to nonessential travel and all that ground to a halt. Though Point Roberts — or The Point, as locals call it — has had no reported cases of COVID-19, the economic impact of the border closure was devastating. Rosenthal saw a jump in demand — not just for his weekly food distributions, but for some basic human empathy.

“We’ve had a major increase in the number of folks who need assistance,” Rosenthal said. “Not only in the area of food, clothing and shelter, but in other areas that are emotional in content. And so what we do is, at least a couple of us have become halfway decent listeners. People come in with their problems. We’re not psychiatrists, we’re not clinical psychologists, we’re not counselors. But we are halfway decent listeners, and that’s an important factor, too.”

Rosenthal was born in Winnipeg but moved to Los Angeles as a teenager. Following a stint in the Air Force in the 1950s, he went into broadcasting — first in Louisiana and later in Southern California. He was a radio DJ for a time and would have a television interview show that was canceled after one season. He didn’t find the work particularly interesting.

“It’s not very exciting to me,” Rosenthal said. “What do you do besides you read news or write news and play? In those days of course it was Paul Weston and Tommy Dorsey and a few of the others. And Frankie Laine. That tells you how old I am.”

Rosenthal had experience in electronics from the Air Force, so he went to work for a distributor of electronic components. A few years later he started his own company in Los Angeles. He ran Newcastle Industries for 20 years with his wife, Esther, before selling it to “a couple of nice Persian Jews.” 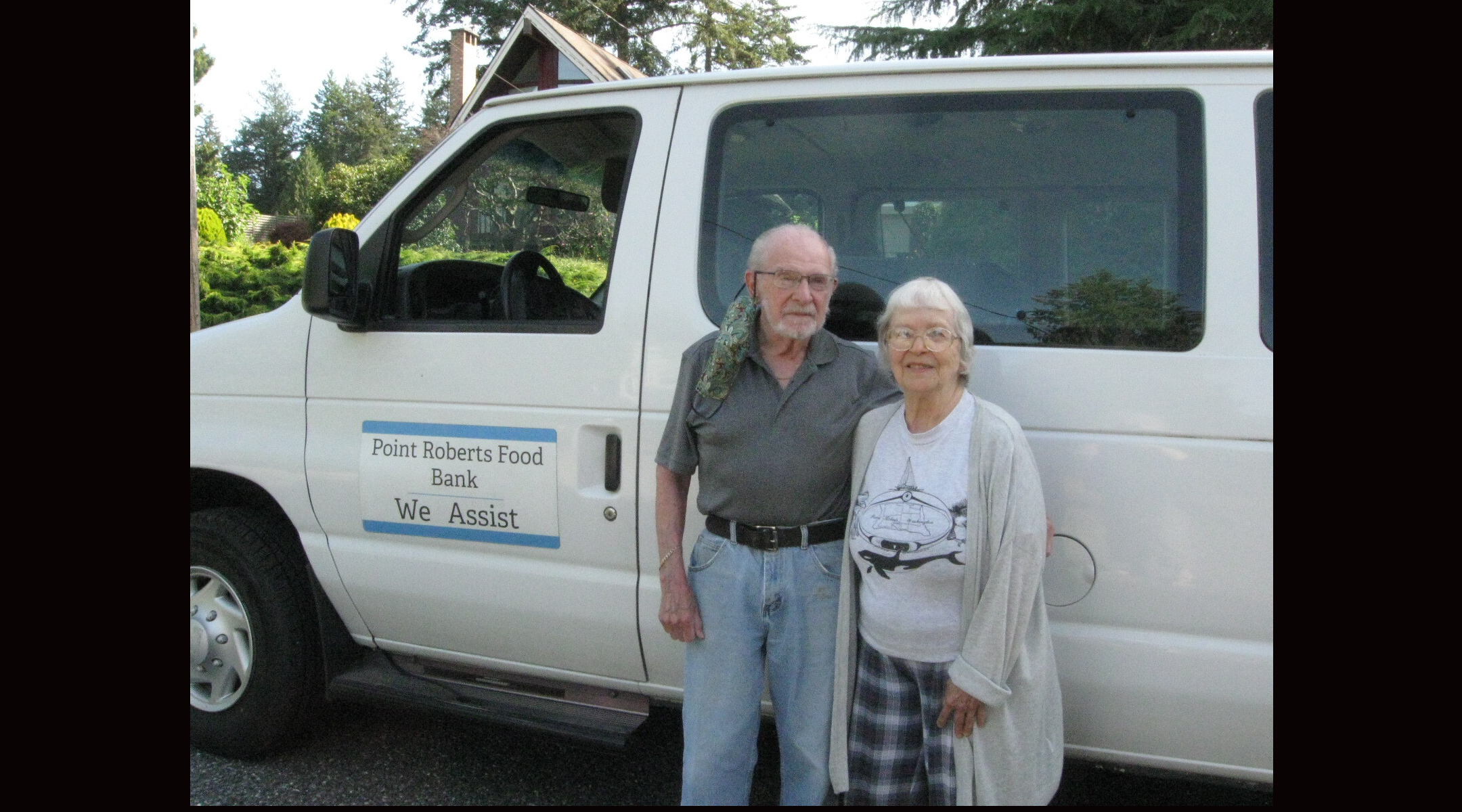 It was around that time that he first heard about Point Roberts from his cousin Charlie Katz, a Canadian Air Force veteran who used to kibitz with Rosenthal in his L.A. office on Fridays.

“One day he announced to me he’s leaving me a piece of property in Point Roberts, Washington,” Rosenthal recalled. “Who ever heard of Point Roberts? Nobody.”

Rosenthal didn’t much want the property on a spit of land he had never heard of, but he took a trip north to check it out anyway. It turned out to be a nice place near the ocean, so he bought it. He and Esther moved there 26 years ago and built a house.

Rosenthal has two children — a son who is an aspiring actor and a daughter who sings opera and has sung in the High Holidays choir at a Los Angeles synagogue.

His involvement with the food bank dates to the 1990s, and he now logs about 25 to 30 hours of unpaid work a week on its behalf, including the weekly trip for supplies. Though he discovered only last week that one of the other volunteers is Jewish, there is no organized Jewish life in Point Roberts and Rosenthal estimates only about 20 Jewish people live there.

But Rosenthal does have a connection with the Jewish food bank in Vancouver, where he volunteers once in a while and donates any leftovers.

“It’s not a thing that I’m coerced into doing,” Rosenthal said of his volunteer work. “So it’s not like a regular job. You do it because you want to do it. And at the end of the day — yesterday, as an example — you see a lot of folks who have some of the strain lifted from their lives. And that’s good.”