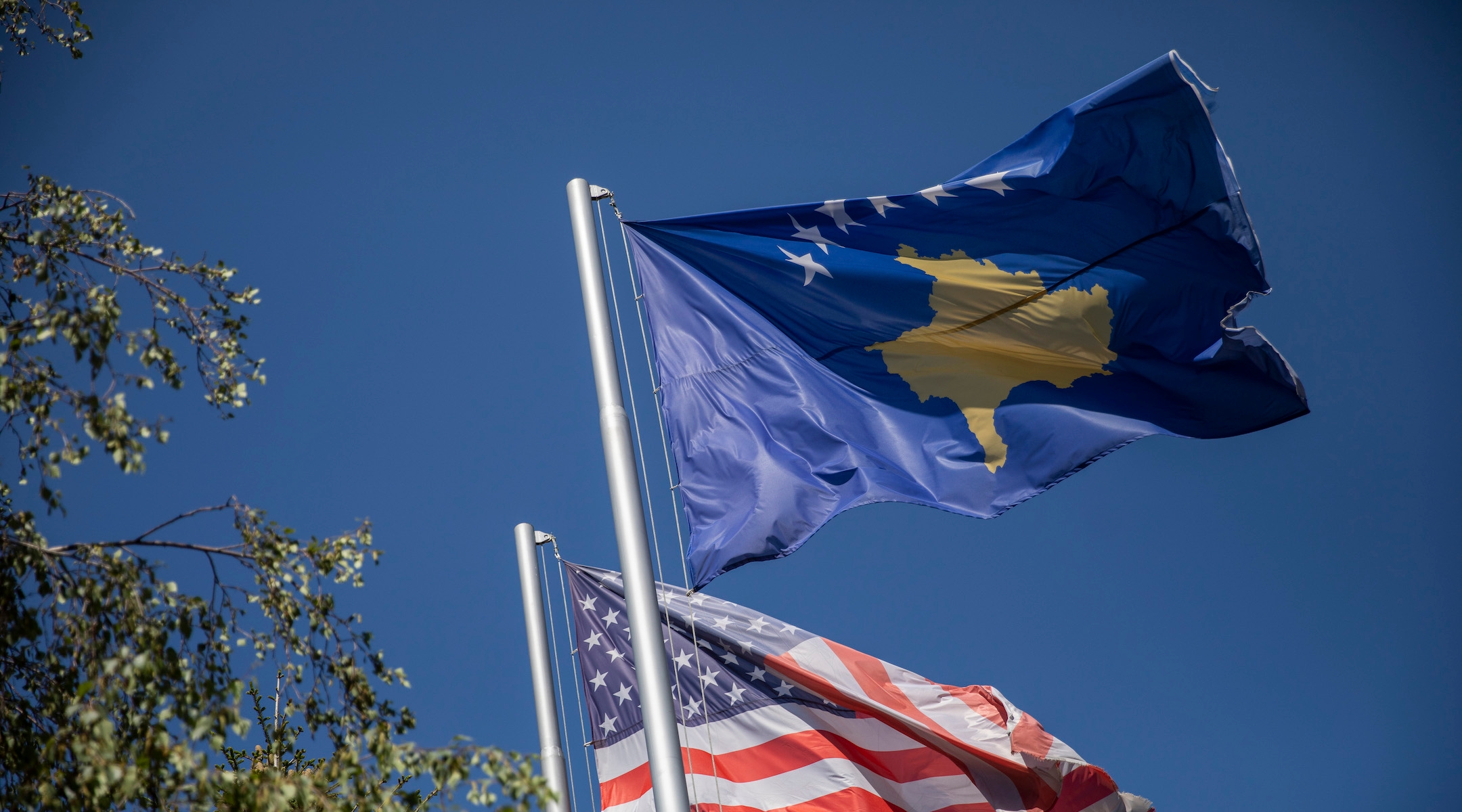 (JTA) — For Flori Dedoni, a member of the tiny Jewish community of Kosovo, the news that his country is establishing formal diplomatic ties with Israel is cause for celebration.

Until last week, Israel was among the dozens of countries that had not recognized the Muslim-majority territory sandwiched between Albania and Serbia.

“When someone learns I’m Jewish, they usually ask sometime during the conversation why Israel doesn’t recognize us,” Dedoni said. “Now, finally it’s happening and the feeling is just festive. Plus, I don’t have to explain anymore.”

Israel’s implied recognition of Kosovo is part of a three-way deal announced on Sept. 4 by the White House. According to the announcement, Serbia, which claims ownership of Kosovo’s territory and has fought against international recognition of its declaration of independence in 2008, has agreed to cooperate on some economic issues with the government of the breakaway region.

The deal stipulates that both countries will open embassies in Jerusalem — a development that Israel and the United States are advancing despite opposition by the Palestinians and the European Union, who say that the city should only be recognized as Israel’s capital after a peace deal with the Palestinians.

The United States is one of the 116 countries that recognize Kosovo, a landlocked nation with about 1.8 million inhabitants with a land area roughly half the size of New Jersey. China, Russia and India, among other powers, have not. Their non-recognition, and that of other important countries including Spain, Israel, Morocco and Ukraine, is believed to be a consistency issue: They fear encouraging unilateral independence declarations in territories they control. 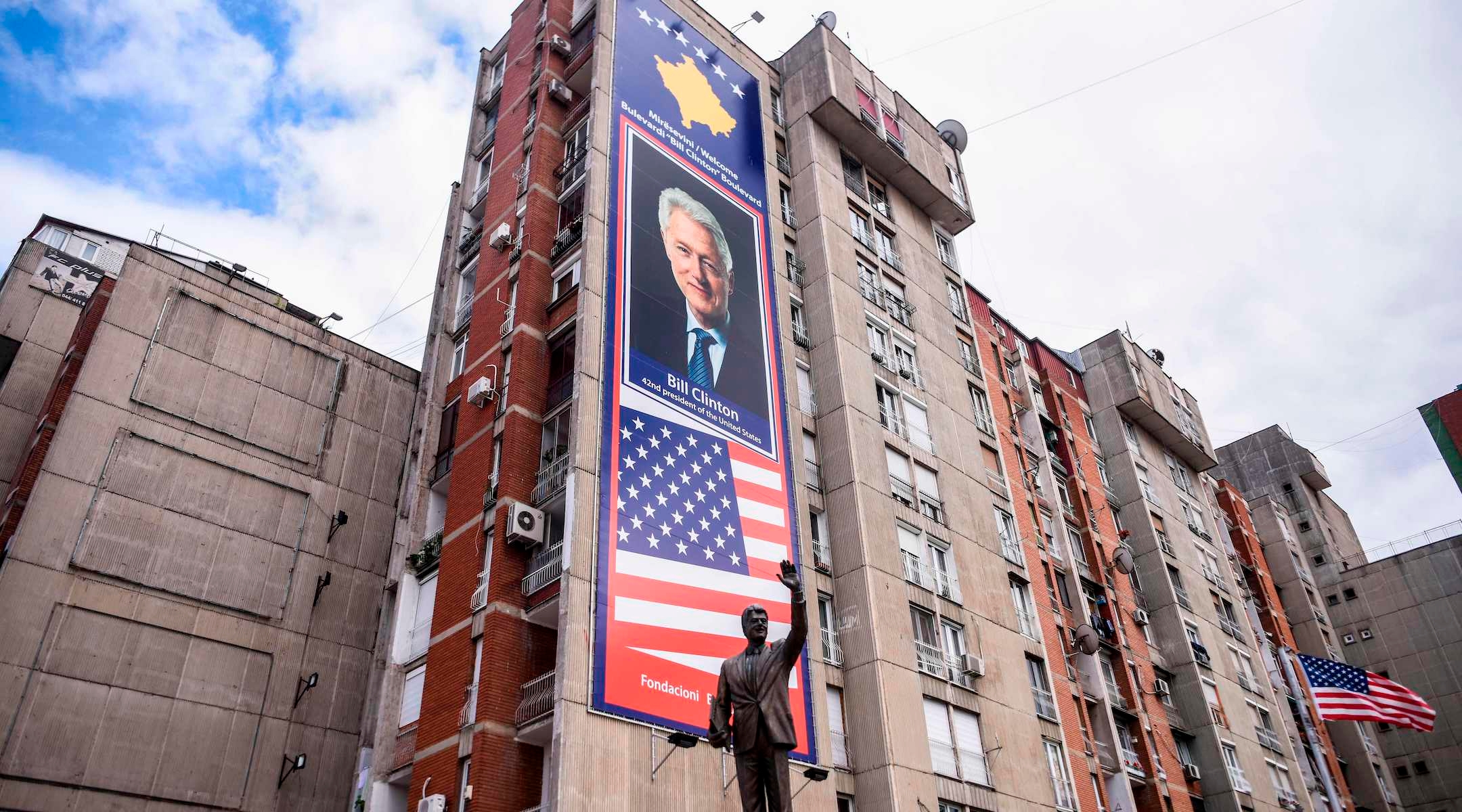 A statue of former US President Bill Clinton is pictured at a boulevard named after him, in Pristina, Kosovo, June 23, 2020. With streets named after U.S. presidents and stars and stripes flying in the capital, Kosovars do not wear their love of America lightly. (Armend Nimani/AFP via Getty Images)

But Israel’s position had been met with incomprehension in Kosovo, whose people are overwhelmingly pro-American and have a long tradition of philo-Semitism. During World War II, Kosovars and Albanians famously rescued local Jews and helped refugees fleeing from other Nazi-occupied countries.

Kosovo’s 12-year-long quest for recognition, and the consistent opposition to it by major world powers, have made Dedoni and his wife question whether it’s the best place to raise their 7-year-old son Lior. Dedoni is a technical engineer and member of the World Jewish Congress’ Jewish Diplomatic Corps. 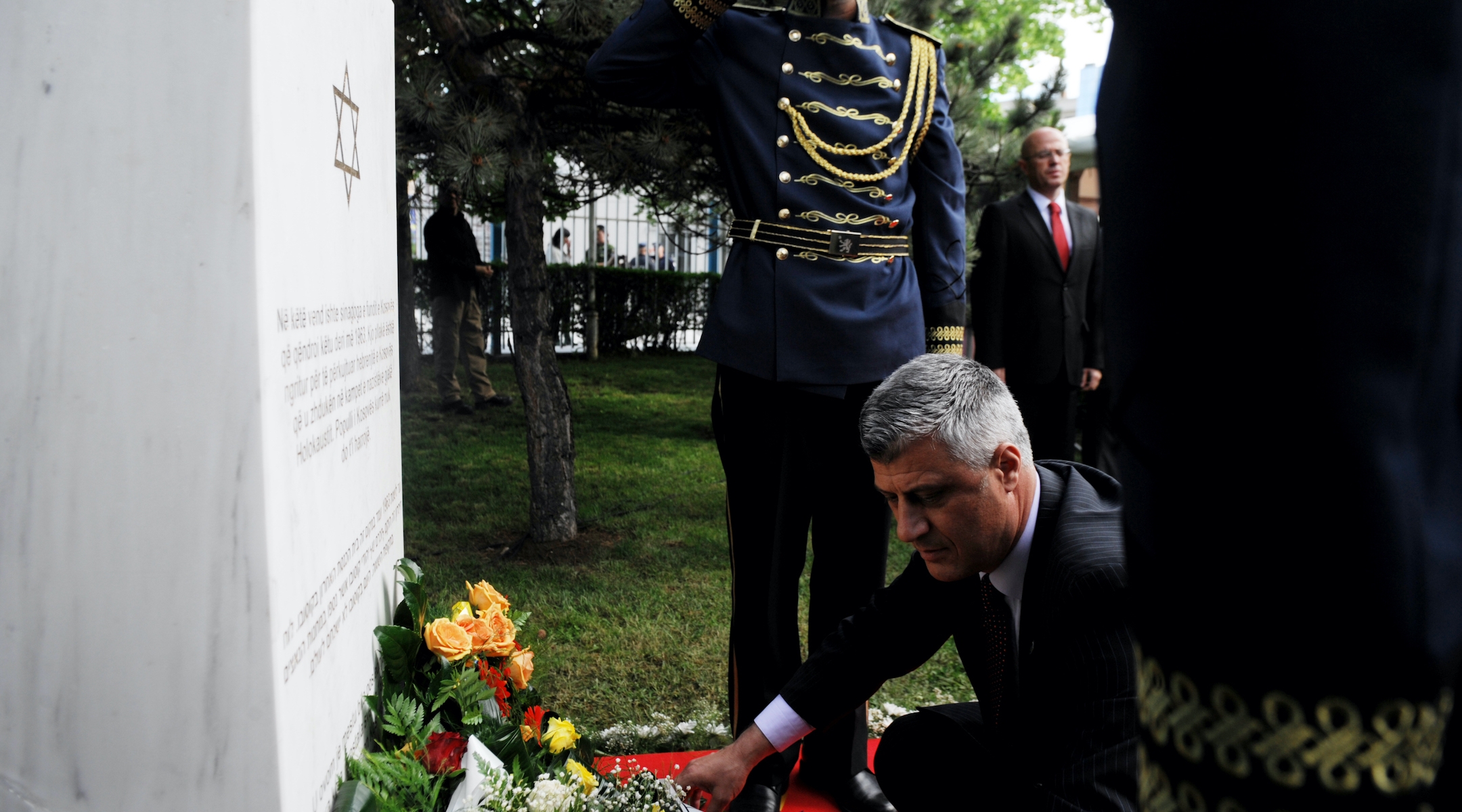 Kosovo Prime Minister Hashim Thaci places flowers in Pristina, May 23, 2013, on the commemorative plaque remembering Kosovo Jews that perished in Holocaust, at the site where the last synagogue of Kosovo stood until 1963. (Armend Nimani/AFP via Getty Images)

“It creates all kinds of issues, including visa and travel issues, when much of the world doesn’t recognize your country, your passport,” Dedoni said. “We want Kosovo to succeed and wish for it, but with all the difficulties we were wondering whether it will ever become a fully-recognized country because you also want to give your child the best start in life.”

The Dedonis have been considering immigrating to Israel for a number of years now, but the new Israeli recognition of their country, and Serbia’s apparent amenability to normalizing relations with Kosovo, are giving the Dedonis “new hope” for staying put, he said.

It’s unclear whether Israel will officially recognize Kosovo beyond the embassy terms — an anonymous source told The Times of Israel that an official declaration would “destroy” Israel’s relationship with Serbia.

But either way, the news has energized the local Jewish community of 100 or so, which is based in the Kosovar capital, Pristina, but has no synagogue there. Its members meet for Shabbat dinners and on holidays at a hotel in Pristina that is owned by a Muslim Albanian with an interest in Judaism — particularly Kabbalah and the spiritual book of Zohar, Dedoni said.

“There is an atmosphere of excitement” in the community right now, he added. 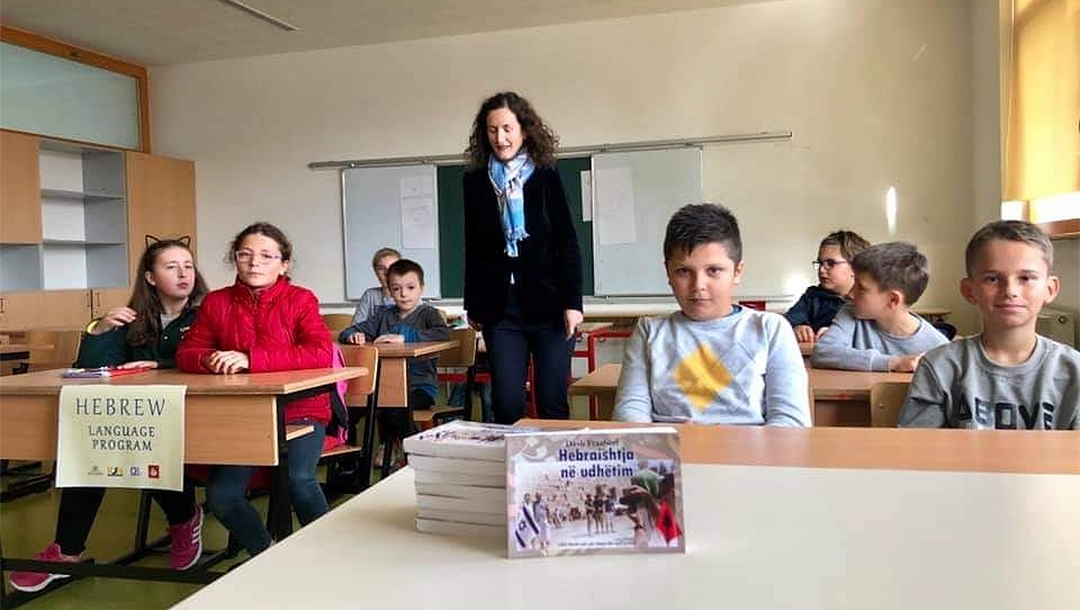 Children of members of Kosovo’s Jewish community study Hebrew at a summer camp in 2020. (Courtesy of Flori Dedoni)

Dedoni was born in Kosovo, but many other members of his community are citizens of Israel and employed by international firms active in Kosovo, he said. About 50 people show up regularly for the Shabbat services, he said. Most of them earn salaries that are far above the country’s average monthly pay of about $500, but are on par with the income of other Kosovars employed in highly-skilled professions.

The Kosovar Jews also love Donald Trump. The U.S. president is not known for his popularity in Muslim countries, where many believe he harbors an anti-Muslim animus, including because he has limited travel visas for citizens of several Muslim-majority countries.

But in a Gallup poll from 2018, support for Trump was about 75% in Kosovo, higher than anywhere else in Europe (followed by Albania, with 72%). In this year’s Gallup poll, the approval rating in Kosovo rose to 82%, again the highest in Europe.

Dedoni attributes this to reports of the diplomatic deal trickling in this month.