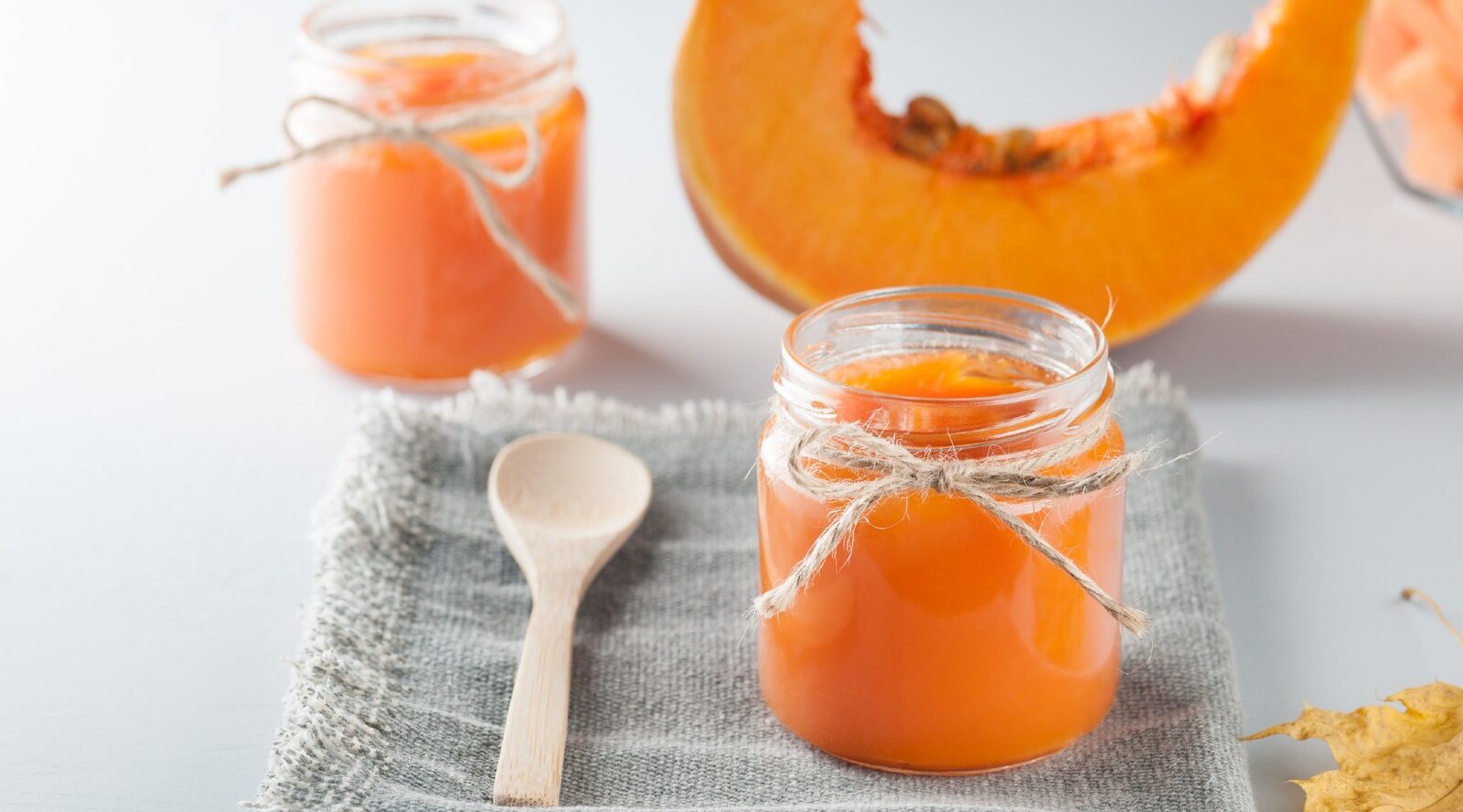 (JTA) — For many Jews, predominantly Sephardim, Rosh Hashanah foods extend way beyond apples and honey. Among the numerous simanim (foods that have symbolic or linguistic significance for the upcoming year) are squashes and gourds.

The Aramaic word for gourds and squashes is kara, which sounds similar to the Hebrew word kra, which means “to tear up.” Therefore, eating them at Rosh Hashanah conveys the hope that any harsh decrees should be torn up, and that any merits over the past year should be judged favorably by God.

But this tradition is based on more than word play: Gourds’ thick skins symbolize protection and their golden flesh symbolizes abundance for the upcoming year.

Also, just like pomegranates, late summer and fall are the seasons for squash and gourds, which strengthens their association with Rosh Hashanah.

Flavored with vanilla, cinnamon, and rose water, Tunisian pumpkin jam is sweet, fragrant and versatile. Spread it on hot (leftover challah) toast with a generous smear of butter, dollop it in the middle of a Linzer cookie, pair it with your favorite cheeses — the possibilities are endless.

Variations of this jam are common throughout Sephardic communities. Some sub rosewater for orange blossom water, many add mastic (a spice that has a bit of pine taste, and is commonly used in Middle Eastern desserts). Some add blanched pistachios, others add walnuts. Some substitute the pumpkin for butternut squash. In “The Book of Jewish Food,” Claudia Roden includes a Syrian recipe for spaghetti squash jam, which has a vermicelli-like texture. These jams are commonly served with kaymak, a rich cream that’s thick enough to cut (the closest substitute is clotted cream).

Unlike honey cake, pumpkin jam — however you make it — lasts well beyond the High Holidays. When it’s cold outside and you’ve broken all your new year’s resolutions, you’ll still have a little pot of sweetness by your side.