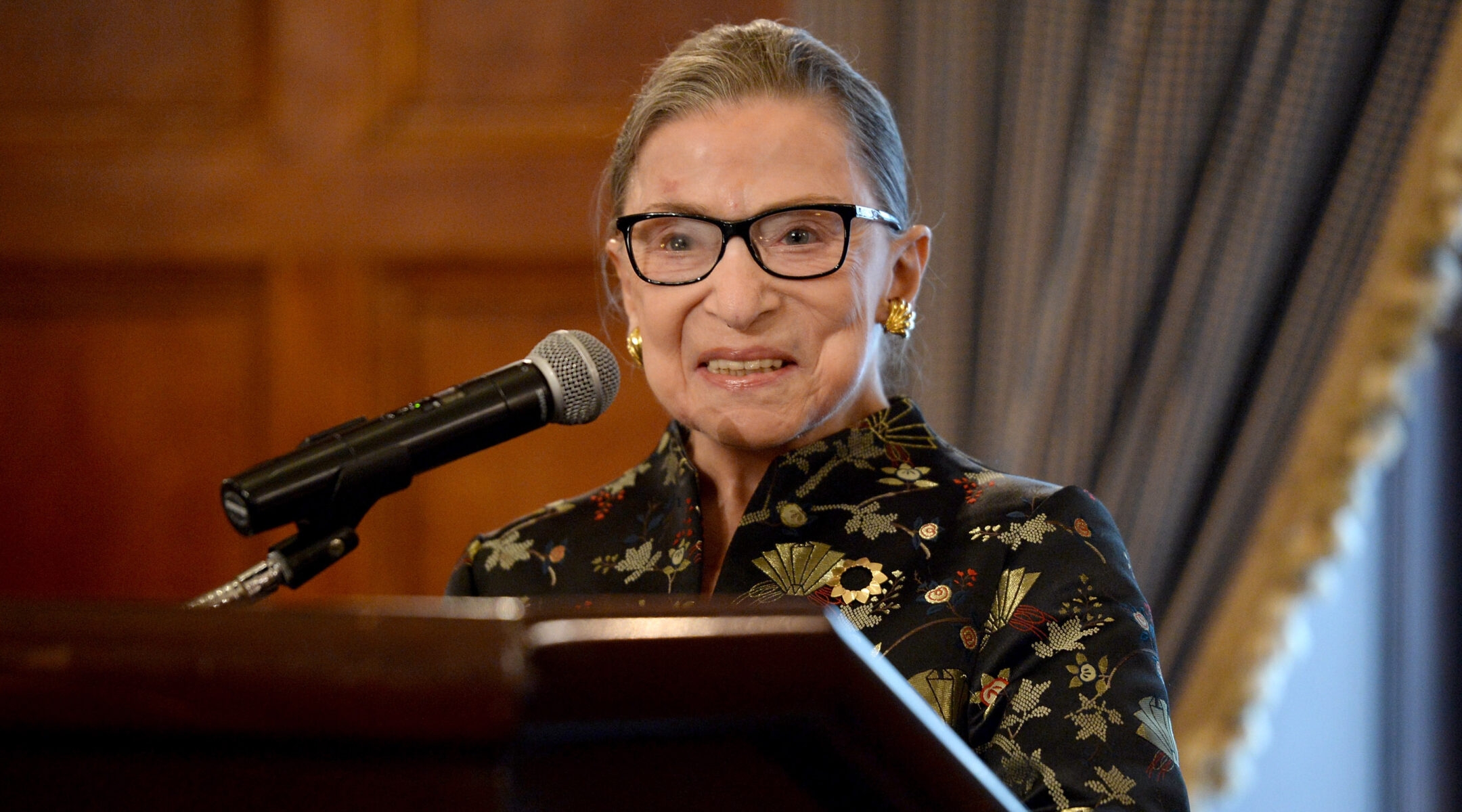 (JTA) — As Jews in the United States prepared to light candles to welcome Rosh Hashanah, they were hit with the last terrible news of a terrible year: the death of Supreme Court Justice Ruth Bader Ginsburg. At 87, and with a lifetime of accomplishments that few can match, she has earned her rest. But the exquisite, agonizing time of her passing underscored one of the great lessons of her own life and of Rosh Hashanah: how we make use of the time God grants us matters.

On the second day of Rosh Hashanah, while we attended a small, masked, socially distanced outdoor minyan in the spacious backyard of dear friends (we are living in Israel), my daughter asked me what the connection is between Rosh Hashanah and the Akedah, the story of the binding of Isaac, which we read from the Torah in the morning service.

This disturbing episode is often described as a testament to Abraham’s faith, so firm that he would not withhold his son on God’s command. On a day that we profess our own faith in God, some see Abraham as an exemplar. But that description is troubling as well because of the egregious act his faith made him willing to commit.

I fumbled for a better answer, trying to interpret the story through Isaac’s eyes rather than Abraham’s. Maybe, I suggested, there is a connection between what Isaac went through in the Akedah and what we pass through on Rosh Hashanah.

Bound to the altar, with a knife raised above him, rescued at the last moment by the angel’s call, Isaac survived a near-death experience brought upon by the person he trusted most. It must have shaken him to his core. But perhaps once he survived it, the ordeal caused him to dedicate his remaining time to carrying out his mission to build a great nation.

We pass through something similar, if less traumatic, on Rosh Hashanah. The most haunting prayer in the holiday’s liturgy is the Unetaneh Tokef. It describes Rosh Hashanah as a day of judgment, when God decides who shall live and who shall die, who by fire and who by water, who by plague (the word jumped off the page this year like never before), who in the fullness of their years and who before their time.

It is far too literal a recitation for some worshippers. Is God really deciding today which of us will survive the coming year and which of us will not? But even so, it clarifies what is at stake as we pray for God, who gives and can take life, and in whom we place our trust, to inscribe us for blessing in the Book of Life.

But Unetaneh Tokef is far more than our simply beseeching God to keep us alive. The brush with death it evokes helps lay bare our responsibilities. It closes with the hope that teshuvah, prayer and acts of lovingkindness can soften the severity of the decree. The message is that we are obligated to use our time on this earth wisely, to fix what is broken, to care for others, to renew ourselves and to renew our world.

If anyone lived a life that could teach us the same lesson, it was Ruth Bader Ginsburg. She understood the obligation to use her time to good effect. She spoke movingly of the Jewish values she was raised with — the pursuit of justice, caring for those in need, setting right what is wrong in the world — as ideas that inspired her work.

And what she did with her time! Her legal brilliance, her extraordinary dedication and her legendary fearlessness led her to establish legal doctrines that shattered sky-high and deeply entrenched barriers to equality for women.

And when, with her characteristic modesty, she ascended to the Supreme Court, Ginsburg embraced the work with passion and a sense of mission to extend rights and freedoms, and to prevent their backsliding, wherever possible. So committed was she to this calling that not even near-death experiences could knock her off her stride.

Four times she defeated cancer that might have felled her. She worked through it, reading briefs and composing opinions in her hospital bed. Ginsburg survived the death of her beloved husband, Marty, as devoted a life partner as there could ever be. Seemingly frail, she took on tough daily workouts to sustain her strength. Through it all, she never stopped making use of each moment to pursue her ideals.

And in the process, she became an inspiration to millions, especially to young women and girls like my daughters, and the unlikeliest of pop culture icons: the Notorious RBG.

Her untimely death leaves all of us bereft of a woman of valor, wisdom, courage, humility, decency and genius. The circumstances lay before us a great political struggle to ensure fairness in how her successor is chosen. The stakes of this crucial election, already astronomical, just got even higher.

But her amazing life also serves as a guide for this battle: be principled, do what is right, pursue justice, empower others, protect the vulnerable and, above all, make use of every moment. In the next six weeks, that lesson will resonate most of all. There is not a moment to waste.