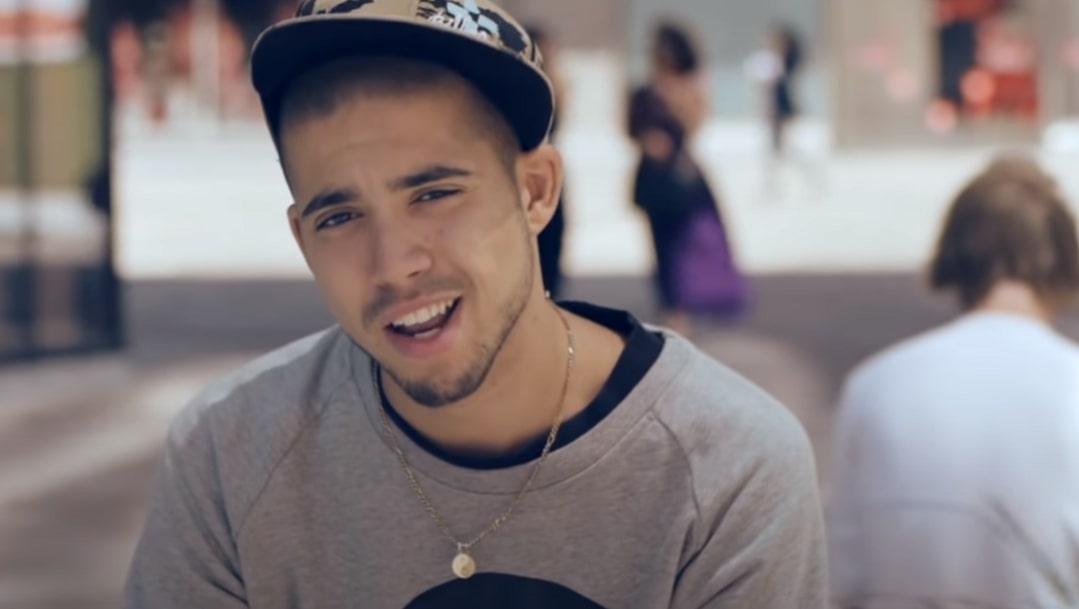 Insayno sings in a video clip from 2013 in Amsterdam. (Screen shot from YouTube)
Advertisement

AMSTERDAM (JTA) — A Dutch city named as its resident poet a rapper who in a 2012 song called the Holocaust a “cover up for dumb sheep” and a “joke” compared to slavery.

The office of Jos Wienen, the mayor of Haarlem, a city of about 160,000 residents that is the capital of the Dutch province of North Holland, announced Darryl Danchelo Osenga’s title of city poet on Wednesday, sparking passionate protests from Dutch Jews and non-Jews.

Osenga, whose stage name is Insayno, “will give the institution of city poet a new direction,” the statement on the honorary nomination read. “His poems overflow with love for language and for the city of Haarlem.” The city gives the honor every other year to a different artist.

In a statement, the Center for Information and Documentation on Israel, or CIDI, expressed its “shock” at the decision, citing his 2012 song “Black Page,” among other objections.

In that track, Insayno says: “Only talking about the war. The Holocaust is just a cover-up for dumb sheep. I see you think, this can’t be: Eight million Jews? I’m talking about 18 million slaves. The treatment at the concentration camps is just a little joke in comparison with our slave trade. Gassing people, that’s also sad but just for laughs you should learn about torture.”

The municipality of Haarlem said in a reaction to the protests that the mayor spoke with Insayno on the subject and that he had apologized and distanced himself from the poem. “He deserves a second chance,” the statement said.

CIDI called the song a perpetuation of anti-Semitic stereotypes and “marginalization of the Holocaust.”

He also wrote in that song that Dutch people are being “indoctrinated like Orthodox Jews.”

Insayno in 2016 was convicted of inciting a riot at a police station during protests over the death of a Black detainee shortly after he was detained by police.

He did not wish to comment on the current controversy, Het Parool reported.